SeenThrough the Eyes of Visitors to the Cardigan Head Tavern, Charing Cross

18th century London was a vibrant yet violent place where poverty and wealth rubbed shoulders. At Charing Cross, standing within sight of the pillory, the clientele of the Cardigan Head Tavern freely enjoyed the atmosphere of drinking, socialising and the use of private, discreet rooms.
Labelled a Bagnio, the euphemism for a brothel it was also known more specifically as a Molly House for the convenience of gay trysts. It was synonymous with theft and adultery, while dueling was not unknown. Meanwhile the Apothecaries, Antiquaries and other Freemasons had their Lodges within its walls. .

In the 18th century, the glory of Nelson's victory at Trafalgar was far in the future.  What we now know as Trafalgar Square was a part of Charing Cross taking its name originally from Charing, meaning a bend in the river. The epithet Cross was added at the very end of the 13th century when a grieving King Edward 1st followed his wife Eleanor's remains for burial at Westminster Abbey. It took twelve days to transport her from Lincoln to London and en route parts of her anatomy were deposited for burial elsewhere.  Her internal organs were laid to rest in Lincoln Cathedral while her heart was interred at the Dominican priory at Blackfriars.

At each stopping place the king ordered a wooden cross to be erected.  Later, the South Eastern Railway commissioned a stone version to be erected outside their new station, calling it Charing Cross. 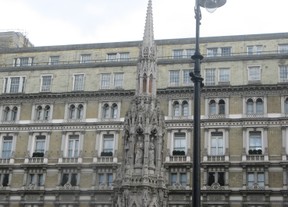 In the 18th century, beneath the National Gallery stood the Royal Mews, where the king's horses and carriages were housed.  Leading directly to Whitehall palace, this was a convenient spot but after the King George III moved his stables to his new property at Buckingham House, the area began to fall into disrepute, the grand houses breaking down into mean, overcrowded tenements.

A modest plaque just beside the monument to King Charles 1 marks the official centre of London and is also the site of the original Eleanor Cross. King Charles faces towards his former home at Whitehall Palace and may have felt some satisfaction, watching as the regicides, those men who had signed his death warrant, were hung drawn and quartered a few yards away. 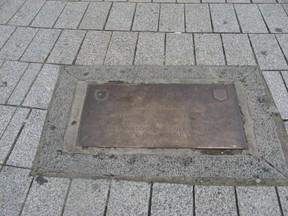 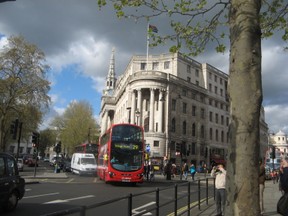 In Georgian times celebrated black American Bill Richmond's boxing academy was a training ground for prize fighters. It was later buried beneath the edifice of Nelson's Column, To the west, where South Africa House now stands, and to the east where Canada House is located, taverns, inns, coffee houses 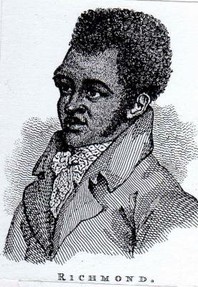 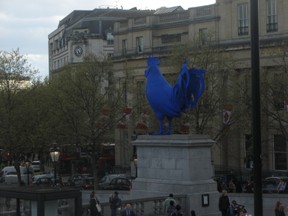 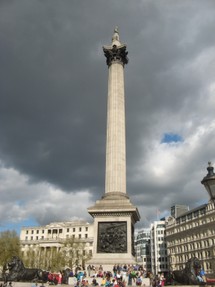 Events at the Cardigan Head Tavern

By the 18th century, the Cardigan Head had already stood on the same site for a hundred years, originally bearing the name Buffalo's Head.  Here Daniel Defoe spent time and here events often occurred that attracted the attention of the newshounds.

To find out what was going on in the country those Georgian citizens turned to both the taverns and the press.  Newspaper reports might not always be accurate or unbiased but they always told it as it happened.  The following extracts give some idea of what went on in the Cardigan Head.

On Friday night last between nine and ten o'clck a duel was fought in the Mews at Charing Cross between Mr Smith, a Mercer and Mr Walpole, a young Gentleman from Ireland.  Mr Smith received two mortal wounds in the Belly but walked from the place of action to the Cardigan Head Tavern where he died.  Mr Walpole had made his escape.'

Shortly afterwards another article appeared stating that "Mr Emmery, Master of the Cardigan Head Tavern at Charing Cross, died yesterday morning having having taken a Fever thro' the Hurry and Confusion he was put in by Mr Smith's Coming to his house after he had received his Dead Wounds.

Two witnesses were produced who had seen the pair down at the pond at the meuse (royal mews). According to one, "The deceased had been engaged with a tall thin gentleman and they had made violent passes at each other. One of the combatants said Damn ye, now you have it," but he couldn't say which of them it was. Soon after this, Mr Smith sat down on a bench and the other retired..Mr Smith's sword was bloody and the edge was hacked in many places.

The inquest was adjourned until Friday but whether Mr Walpole was ever discovered is not known.

An advert appeared announcing the sale of a "Widow Gentlewoman's Plate, Jewels, Watches Etc" and also 17,999 Shares at 5/- each.  Naturally the executors were anxious to broadcast availability of these shares as widely as possible and among other venues, they could be acquired from the Cardigan Head Tavern.

Yesterday, 14 prisoners were tried at the Old Bailey, 8 of whom were cast for Transportation.

Among them was John Brice Esq, tried for the murder of Captain Robert Jasper at the Cardigan Head Tavern Charing Cross, about five weeks since, by shooting him in the left breast with his pistol."It appearing in the Evidence of many Gentlemen who heard the Declaration of the Deceased in his last Moments that he was entirely the Aggressor, the Jury ...acquited him of the murder and brought in a charge only, of Manslaughter

The Bristol Man of War Captain Montague received the last part of their Prize Mondy for the Spanish Galleon at the Cardigan Head Tavern.

A new cure-all had been discovered and was advertised widely in the press. It purported to have cured a man living near Fleet Street of an obstruction in the urethra and an ulcer on the neck of the bladder plus diverse other ailments. This wonderful treatment was made avalaible by Doctor Burrows of Haymarket for 10/6d a bottle and could also be obtained from T Newstead at the Cardigan Head Tavern at Charing Cross..

Essentially, the inn served as a wine-bar, cafe, 'knocking shop', market place, somewhere to flog dodgy goods, somewhere to pick up the latest gossip and an integral part of 18th century life.

Thanks Mari - it is amazing what there is to discover!

I can add the information in this article to my "Well, I never knew that" list which gets longer the more I read of your research. Loved the illustrations as well. Eagerly awaiting your next piece. 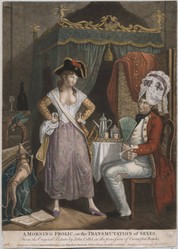