Sometimes you discover that you aren't quite who you think you are. A passing encounter with World Snooker and I am now hooked.

The game of snooker goes back to 8th century India. I discovered it in the days of Pot Black in the time before colour TV. A commentator once famously announced that for the benefit of viewers watching in black and white, the brown ball was behind the red - sorted! Losing my Dad, I also lost any interest in the pastime and it was decades later that I began to realise that this was not just a game for working-class lads on a Saturday night but a skilful, clever strategy, a kind of chess plus mindblowing hand-eye precision.

The game of snooker goes back to 8th century India. I discovered it in the days of Pot Black in the time before colour  TV.  A commentator once famously announced that for the benefit of viewers watching in black and white, the brown ball was behind the red - sorted!  When my Dad died I  lost any interest in the pastime and it was decades later that I began to realise that this was not just a game for working-class lads on a Saturday night but a skilful, clever strategy, a kind of chess plus mindblowing hand-eye precision.

Whereas Darts conjures up visions of men of large. girth pint of beer to hand, the favoured snooker model is usually tall, slender and almost certainly under fifty. Unless disguised in the water bottles, endlessly sipped during the long frames, alcohol is notable by its absence.

In Praise of Green Baize

I have by now a few years' expertise, know the jargon, recognise the rising stars and elder statesmen. Latterly, the sport (and I prefer to call is a sport rather than a game), has become very popular in the Far East, particularly in China and Thailand, seven new young men arriving this time in Sheffield somewhat overwhelmed by the cultural differences but dead set on playing well. In general, however, most players are British, white and with regional accents, the dulcet tones of public and private schools being are largely absent.

I can't help wondering, however, where are all those competitors from Europe, India and the African Continent? Black players at this level, there are seemingly none. This applies equally to the avid supporters, lucky enough to obtain tickets to sit in the hallowed rows of the theatre, almost within touching distance of their heroes.

They are a polite lot, these fans. When the excitement gets too much and somebody shouts out, they are quickly chastened by the referee, whose word is law.  Phones are left on at your peril. An elderly gentleman who didn't hear his phone and then didn't know how to turn it off was escorted from the building, only to be returned at the request of one of the players - a nice gesture, that.  In the end, though it is all about two challengers, each the focus of thousands of eyes.

There is definitely a dress code here.  Black has always been the thing, a basic uniform of trousers and waistcoat. One can imagine that purchasing these items plus a white shirt, could be a major outlay for youngsters starting out. Rebels have always found their own way of making their mark, a clip-on bow tie. patent leather shoes, a black shirt although the referees stick strictly to the appearance of cocktail waiters. Recently things seem to have branched out towards colour variations. Grey is probably this year's fashion statement, as worn by one or two, plus a rather snazzy brown sported by one of the Chinese 'debutants.'.

I must emphasise that the game is fascinating in its own right but the personalities of the players add another dimension. With the odds of being World Snooker Champion very much on a par with winning the Football World Cup, no one is guaranteed a place into the final. King of the Cue, the tousle-haired hero with the five o'clock shadow has long been Ronnie O'Sullivan, brilliant on the table, charismatic and with just a hint of naughty- boy. There was a noticeable drop in enthusiasm when he managed to lose his first game of this year's contest against the first amateur to grace the hallowed halls and fell the king on his first outing. This young man, James Cahill, with the appearance of someone doing his A-levels, showed both remarkable and justified confidence in his ability until, in turn, he met his match.  One can't help feeling for the juddering nervousness of the first time players as one by one, they succumbed to the weight of experience. Lone Cypriot Michael Georgio, the first-ever representative of his county, left with the consolation of having won one frame, others weren't so lucky, leaving with a humiliating 10 - 0 defeat. It is doubly hard to be accurate when your hand is shaking.

Among this interesting array of shapes, sizes and faces I find myself identifying them by physical similarities. There is the one who looks like my old boss, a Bart Simpson look alike, quite a handsome guy with liquid eyes, Mr Potato Head (wouldn't of course, say so in his hearing) and the Marmoset, looking not too far distant from our original ancestors. As an elderly peeping Thomasina, the sight of a young Adonis stretched across the table does wonders for the circulation - mine, that is.

Less than a week to go. The matches grow longer, the players grow weary, the numbers are by now reduced to eight. Gone are both old faithfuls and new wannabes. Those remaining are beginning to think of the glory - and the cash prize that goes with it.  By now my loyalty has hardened to a small handful of players that I would like to see holding the cup above a happy head. Whoever wins, next week I will miss them all. What shall I do when the wall to wall coverage of this event has finished - get out of my chair, pursue some useful occupation, stretch the sagging muscles? Perhaps, we shall have to wait and see.

Good to know that I am not alone out there!

It appears the formalities are more important than one might expect, with a dress code. I can also sympathize with the person who did not know how t turn off his phone, I would also have thought ahead and wondered if I would ever touch the right button to get it back on.

This is interesting as my husband is also suddenly hooked... so much so that I wonder whether to try to get tickets for next April 2020 for him. He is fascinated. I never knew it started in India so long ago. How fascinating. 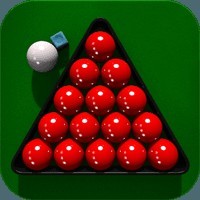