The dance game genre for Xbox 360 games has grown hugely since the introduction of add-ons such as the DDR pad and the Kinect. 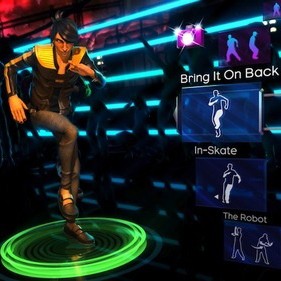 So you want to learn more about Dance Games for the Xbox 360? Well, you've come to an excellent place for gaining new knowledge. Below, I've compiled a list of all Xbox dancing games. Most of these games are Kinect-based (in case you don't know, Kinect is the new motion controller from Microsoft). However, there is one non-Kinect game included on the list.

Each game has an overview, including thoughts on gameplay and a bit of humorous personal commentary. Hope this helps you understand the Xbox dance genre, and choose the games that are right for you!

(Image is a screenshot from Dance Central.)

The first dance game for the Xbox on my list, Dance Central, is by far the highest-reviewed and most-played one. It's also my personal favorite, so I can vouch for its awesomeness.

Here are some of the highlights, in my opinion and according to what other people have said.

There are a couple of cons to keep in mind. One is that when I say it's a workout, I mean you're probably going to wake up sore the day after you play for the first time, especially if you get really into it. Also, some people might consider the dance moves to be a bit on the "girly" side. But in my opinion, guys should know how to dance anyway, so you might just have to man up.

Worried about still wanting to play your original Dance Central songs? Don't be; there's a way to port them into Dance Central 2 (via 1up.com).

Just Dance 3, the latest in the Just Dance Franchise, is a solid title in the dance game domain.

I'd stick with Dance Central as my main game of choice, but if you wanted to add an additional dancing title to your library, this would be a good choice.

Here are a couple of comparisons to Dance Central:

By the Makers of DDR

I was actually wondering why there wasn't a Dance Dance Revolution title available for the Kinect, but then I realized that Konami (the company that makes DDR) also makes DanceMasters. So I guess this is where DDR is headed, as far as the Kinect is concerned.

If you like DDR, you'll probably like this game as well. It differs quite a bit from the other motion-controlled Kinect dancing games, in that it's still using more basic "put your hand here" moves than the more advanced choreography that other titles explore.

The music is also different as well. There's more of a techno/club vibe, and more variation in the titles. It's not quite as overrun with modern US pop hits as other games.

In conclusion, this game has mostly been eclipsed by Dance Central and Just Dance. But it's still worth a look if you want something outside the norm, especially for less than half of the cost of DC.

A Paradise of Dance Songs, Not Much Else

This game is a bit of a mystery. In an article where I asked readers to vote on the best Kinect dance games, Dance Paradise was voted as the second-best title (although still way behind Dance Central). However, there are some problems, as you can easily see from the reviews on Amazon.

Honestly, I can't see getting this game unless you really, really wanted the extra songs. Even if THQ manages to fix the tracking issues in a future version, I just don't see it besting other titles in the genre.

Now we're getting into the more specific Xbox dancing games. All of the titles on this list provide a good workout, but Zumba Fitness is geared specifically towards people who are trying to lose weight and stay in shape.

Of course, you won't be into this game if you aren't into the Zumba style of dance (as performed in classes that have spread like an infected zombie tide across the country), or if you don't like Zumba-style music. On the other hand, if you're already a Zumba afficianado, this game can be a great way to bring the activity into your very own living room for the cost of a month's worth of classes.

Opinion on this game differs widely. There do seem to be a few tracking issues, but mostly it boils down to if you're already experienced, you can use it just fine; if you're a beginner, you'll have problems. The pace and the minimal instruction recommend it to people who have a good base knowledge.

Grease Dance is based on (what else?) songs from the Grease musical. The controls make for a good party or beginner experience, as they're quite easy to pick up on, and very similar to those in Dance Central.

This game includes a built-in Karaoke mode, so even if you don't want to dance, you can sing along to the infectiously catchy songs included, such as Blue Moon, Summer Nights, and We Go Together. The combined sing-and-dance gameplay is definitely unique to this genre.

For more information, check out this great Kinectaku review.

A Kid-Friendly Version of Just Dance

Ubi Soft (the company that makes Just Dance) was smart to make a version just for kids, with kid-friendly songs and children as avatars. After all, a lot of parents worry about their offspring being exposed to mature media, and this game helps to avoid that trap.

Still, my thought is that once kids realize that there are other dance games out there, they'll soon want to graduate. Kids look up to older kids and adults, and like to emulate them.

Also, keep in mind that with certain Kinect games like this, there is some difficulty in tracking the movements of small children.

This recently released Kinect game is another kid-friendly title, but this one has the added bonus of the Nickelodeon star power to get kinds interested and engaged.

Stats are hard to come by with the newness of the game, but I have a feeling that this one will eventually trump Just Dance Kids. They're both geared towards the same, young, audience, and brand means a lot to kids. Why watch random people dance when you can watch Dora instead?

All Peas, All the Time

This game features the members of the Black Eyed Peas as avatars, and 30 individual songs by the band to dance to. I imagine that by the end of 30 songs by the same musicians you'd start to get a bit bored, unless you really, really love their music.

I'm not surprised that B.E.P (which I'm going to call them from now on) was one of the first bands to put out a Kinect-specific game. After all, they've done an excellent job so far of marketing themselves, and this is no exception.

I'll admit, I'm not a huge fan of their music (I don't dislike it, either; I'm just sort of meh in general) so I won't be getting this game. I could see it being fun if you wanted to master the actual choreography used in their performances, the way that dances such as "Macarena" and "Superman" have caught on.

The one thing I'd suggest while researching this game is that you take the one ridiculously positive review on Amazon with a grain of salt, and wait for some more feedback before buying. I might be going out on a limb here, but I don't think this game is going to be taking on Dance Central any time soon.

The One True Dance Master

If there was ever an artist to get his very own dance video game, Michael Jackson would be it. He was a meticulous choreographer, in addition to being an amazing musician, and always had to make sure that his moves were exactly right. Unlike some other modern musicians, Michael Jackson really knew what he was doing in the dance department.

There's enough variety in MJ's music (including titles like Thriller, Billy Jean, and Beat It) that I could see this game staying interesting for a good while. I personally prefer dancing games with more musical choice, but this is a fun additional title to own at a good price.

Dance Dance Revolution is a good choice for an Xbox dancing game if you don't have a Kinect yet.

However, it is having some issues as a francise. The "Universe" titles have been steadily decreasing in functionality, and I think that Konami intends to phase out this game in favor of DanceMasters as mentioned above (or other Kinect-enabled titles). People also seem to prefer to have access to popular, modern tunes, which Dance Dance Revolution doesn't support as much as Kinect Dancing games. Experienced players especially will want to steer clear of the latest Xbox versions.

What now? Well, you can use the table of contents below to return to a section, vote in the poll, or leave a comment and tell me what you think :)

Are You An Xbox Dancer?

Thoughts or Commentary on Dance Games for the Xbox 360?

Overall experience of Xbox 360 4GB is wonderful. It comes with lots of featur... 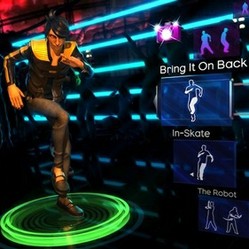 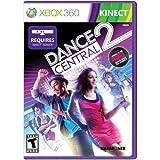 Microsoft's answer to Sony's PlayStation 4 has been revealed as the Xbox One, which as you might expect, comes peppered with plenty of interesting features and mechanics.
56%  5   6 sandyspider
Xbox 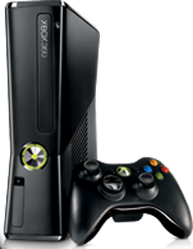 Overall experience of Xbox 360 4GB is wonderful. It comes with lots of features in such price that you can’t say that it was a bad deal. You will definitely love it looks and size.
Loading ...
Error!