If you know someone that loves the quirky or is into cult type movies, this is a good one to view for Halloween party night. Here is some party suggestions.

The film Dead Man with Johnny Depp has enough character development and plot twists to make it your cult movie. The theme is basic good and evil, innocence and knowledge.

Keep this one in mind when October comes around again. Costuming in the movie is ideal for a Halloween night. Ask those who have seen the film to come dressed in costume. Short vignettes ending with a black out allows for convenient pausing and group discussion.

The music is an original score that showcases a single guitar of riffs and weird color tones. A surround sound system would do Neil Young justice; he is the guitar player for the soundtrack.

Did the Dead Man get any justice? Decide at your Halloween party.

Everything is Black and White in the Film Dead Man

This film is loaded with duality and opposites: knowledge and innocence, black and white, sound and no sound. It is not just for entertainment. This movie is a thinking person's film. Better not be squeamish because it is just weird, as well.

First viewing of Dead Man forms many questions. What is going on here? I could not believe William Blake actually died in the end because I did not see it happen.

The movie is called Dead Man so William Blake died.

The sky is the last thing you see in Dead Man. Time's up. Gone to the spiritual world.

Have you seen Dead Man?

So who can like a black and white film with not much dialogue, no hard action, and weird guitar riffs the whole 121 minutes? The art house crowd or the consummate Johnny Depp fan. If you are into directors than the Jim Jarmusch fan.

I had not even heard of this film until 10 years after its initial release. Mesmerized with the first viewing, I watched it again the next day. After watching it four times this viewer is still intrigued with the duality of naivety and knowledge that is the underlining theme of the film. Being a Western film and the time frame when Americans were exploring their acquired territories punctuates the theme.

What is Dead Man About?

Here is the shortest summary possible. A young man in the second half of the 19th century travels from a big city to the western territories. He is very innocent to violence, sex and characters outside of a normal family unit.

He meets up with all the varieties of knowledge that is your fare when learning about the world.

On the way he has a true friend, a mortal enemy, a short love, fights for his life and experiences the calm of the spiritual afterlife. All this with the face and skills of Johnny Depp in the hands of director and script writer Jim Jarmusch.

How many people have seen Dead Man?

What Is Your Favorite Scene From Dead Man?

Mine is the Makah village scene near the end.

The black and white filming of the Makah village fills the viewer with wonder about what is coming next, and the encroaching finality that is sure to come. William Blake is witnessing new sights and seems accepting. He trusts his new friend to help him continue his journey.

The walk through the Indian village takes you back to the "white" town he encounters when getting off the train in the beginning of the film. Contrasts are still in play. Does one feel more peace in the second village?

The Dead Man scenes of the village were taken on the Makah Nation reservation.

Learn about the Makah Indian Nation at their official website.

Neil Young took two days and three sessions to make the sound track. It was done by watching the film and creating the guitar sequences as it was running.

Maybe it is because I have so much enthusiasm for this film, but when viewing this trailer about Neil Young making the score my skin crawls. A good Halloween effect. If your party goers are new to the film include this sound track video at the end of the film showing. This is music with extra punch!

Do Not Forget the Real William Blake

Our dead man is named William Blake but he has never heard of the writer, poet and artist William Blake of England. His new friend Nobody in the western territories had.

As a young boy Nobody was captured by white men and taken from his Indian village to England and shown as a curiosity. He was afforded study and learned the white ways. He came to know the works of William Blake.

William Blake of London (1757-1827) was considered mad by contemporaries. He is now praised for creativity in a whole body of work that includes poetry, printing, and illustrations. Very recognizable is the poem Tyger of "Tyger Tyger burning bright..."

Watch this movie for Halloween. The music is strange and it is black and white. A good candidate for a creepy feeling afterward.

This film is among those that I've seen interpreted by Johnny Depp. It's interesting that he could have participated in the soundtrack. It wouldn't have distracted from his haunting poetic deliveries.

Would you happen to have heard or seen Depp playing guitar and keyboard? 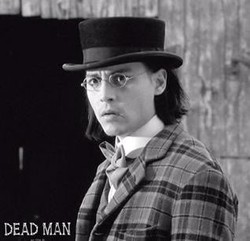 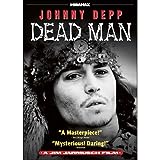 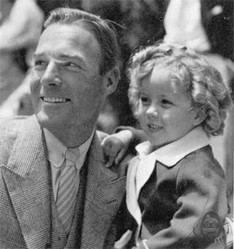 The 1939 film version of "Susannah of the Mounties" concerns a handsome Mountie and his friendships with a flirtatious VIP, a generous survivor, and an honorable Blackfoot chief.
Loading ...
Error!