This article is about my favorite baseball team and their caps. This is a good place to find some unique content on the Detroit Tigers as well as pick up a ball cap!

Hats and Caps of the Detroit Tigers!

I have a lot of articles out there promoting my Baseball hat niche.  This one is about my favorite team. So please read on and grab a Detroit Tigers Baseball Hat before you leave!

I have been a Detroit Tigers fan my whole life.  I grew up watching most of the 84' era Detroit Tigers.  The "Old English D" has a special place with me and most of the Michigan area, hence I have articles all about Tiger's hats.  After the 87' season things took a turn for the worse with the ball club and not much went on for almost 20 years.

Then in 2006, came in our current manager, Jim Leyland.  Talk about old school.  Holy cow.  This guys cusses, smokes cigarettes everywhere, and tells you how it is.  Oh yeah, he has a ring.  We needed some credibility and he brought it.  Old school baseball philosophy, which is play all 9 innings hard and leave it all on the field.  That year we went to the World Series with guys like Justin Verlander ( rookie ), Magglio Ordonez, and Kenny Rogers.  An extremly nice mix of young players and old crafty veterans.  The Tigers unfortunately lost in World Series to Jim Leyland's best friend Tony Larussa over in St. Louis.  No matter, the losing mentality had changed.

Since 2006 the Detroit Tigers haven't been to the Playoffs.  The Tigers missed out on a divisional playoff, but that is about it.  But in 2011, something special is going on.  Justin Verlander had a no-hitter in May, and has pitched lights out in June.  In my opinion he is the best pitcher in baseball right now and a ton of fun to watch.  I root for him to complete the season as the AL Cy Young winner.

Then there is Miguel Cabrera.  If you can look past his off field drama, you would have to say that Miguel is the best overall player in baseball.  He is the best hitter overall, but also plays a nice first base now.  He is growing into his role as a team leader and combined with Justin Verlander, some old veterans and some fresh young players that are home grown, the Detroit Tigers may be sneaky dangerous in 2011.

Justin Verlander pitched a complete 1 run game yesterday against the Rockies.  Verlander seems totally dominating right now, and doesn't seem to be slowing down.  He allowed only four hits and looks like the best pitcher the Detroit Tigers have had since Jack Morris.  The Tigers won 9-1, and are now 39-33 in the American League Central.

The Detroit Tigers are a Major League Baseball team based in Detroit, Michigan. One of the American League's eight charter franchises, the club was founded in Detroit in as part of the Western League. The Tigers have won four World ... 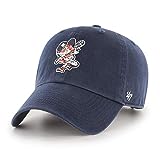 The Yankees vs Red Sox rivalry is the most well-known rivalry in sports history. You will find unique gifts featured here to show the world which team you are on.
38%  6   4 teddletonmr
Baseball