Minnesota Baseball Hats and Caps and information about the ball club.

I love baseball hats.  Major League Baseball Hats are great because of all the different variations of baseball hats . It lets an individual dispaly a little of their own personality through all the styles.  There are baseball hats that come with bent rims, hats with flat rims, and hats that come faded.  Whatever you like you will find it through one of my articles.  This article is to promote Minnesota Twins baseball hats and caps and for information about the ball club's past and present.  I have a bunch of different articles out their to promote my Baseball Hat niche.  This is a good place to grab a Minnesota Twins baseball hat and read some unique content about the ball club.

Winning has to do with the manager and Ron Gardenhire is an ex- military man that expects a lot out of his players.  They respond very well, especially when they are behind the eight ball.  Almost every year for the past 5 years the Minnesota Twins have come from behind to knock the front runner out of the division out in Septemeber.  Last year they opened up a new outdoor ball park.  They still won the division through the sleet and snow.  To me this all about their mental toughtness.

At the time I am writing this it is June 20th, 2011 and the Twins have won 7 straight.  They are only 8 games back, and not in last.  The Twins have had almost every single starter put on the DL this year and they probably won't be healthy until July.  After the All-Star break is when they do their damage and whoever is in first place should be looking in their rear view mirrow for Ron Gardenhire's Minnesota Baseball Twins.

The Minnesota Twins are an American professional baseball team based in Minneapolis, Minnesota. They play in the Central Division of Major League Baseball's American League. The team is named after the Twin Cities area of Minneapolis and ... 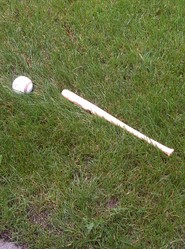 The Yankees vs Red Sox rivalry is the most well-known rivalry in sports history. You will find unique gifts featured here to show the world which team you are on.
40%  6   3 teddletonmr
Baseball