Dora is a superstar and it's not just girls who love this adventurer. Many young boys also love watching Dora. But most Dora toys are for girls. This makes it hard if you have a little boy who loves Dora.

There are some great Dora toys for boys though which are good for Christmas and birthday gifts or just as a special treat.

Swiper is that troublesome fox from the Dora series. Boys might like many of the Dora the Explorer range of toys in the Beanie Babies range (all available from Amazon). But Swiper is a safe choice if you're buying a gift and don't know which Dora characters the boy you're buying for likes. This is because he is the most "masculine" looking character with his spy mask. Another good choice for a Dora Beanie Baby for a boy is Diego.

This 25 piece Dora puzzle is a fun choice for preschool boys.

The jungle theme showing Dora at her adventurous best is one of the better Dora puzzles for boys. Most of the other Dora puzzles available are very girly looking. Both in the choice of colors used and the topic of the Jigsaw.

A jungle theme is good for both boys and girls. Puzzles showing Dora with a butterfly or a unicorn aren't really gender neutral. The same goes for the color choices. Pinks and mauve coloring is less likely to appeal to a boy. So the bright jungle colors and topic of this puzzle are a much better choice for boys.

Chutes and Ladders is a classic game that's good for both boys and girls. So it's one of the better picks of Dora toys for a boy.

The game is made so children don't need to do any reading to play. This means it's a good choice for the preschool age group. (The age group that is mostly interested in Dora.)

So this toy is a good match between the needs of game play for preschoolers that love Dora. As well as a classic board game design that suits both boys and girls. This means it's an excellent choice for a birthday or Christmas gift for a Dora fan who's a boy.

This toy is only for the absolute Dora mad boy.

I included this in the boy's toys list because of the pirate theme. This set has a treasure set and cannon which makes it more fun for boys. It also includes a Dora figurine in a Pirate costume and Swiper so it's great for pretend play for a boy who loves Dora.

The reason why I think it's only for a boy who really, really, really loves Dora is because the only human figurine is Dora. A girl. For a boy who is Dora mad this will certainly not be a problem at all. But if a boy likes Dora but isn't Dora mad they might think the set is "for girls" and not for them. This would make other Pirate sets like the Playmobil Pirate Ship (available at Amazon) a far better choice.

This is another classic game, like Chutes and Ladders, that's good for both girls and boys. Because the game has just been given a Dora theme and lacks the girly colors of many Dora toys it's a good choice for boys.

Like the Chutes and Ladders game this is also a game that has been made especially for preschoolers in that 'I love Dora" stage. So this isn't the normal Uno game. Instead it's an easy to learn version for younger children.

Looking for Dora Toys for Girls Too?

Christmas Gifts for Girls who Love Dora
Great Dora Christmas gift ideas for different spending budgets
Updated: 09/13/2012, SusanM
Thank you! Would you like to post a comment now?
1

Yeah I'm using my earnings to pay for my postage etc... at Amazon too. Works brilliantly. Weirdly enough I find that even with the postage the books are still cheaper than what I can buy them for here. Don't know how that works LOL

That's exactly the problem for me when I want to order from Amazon.com (I'm a regular customer at Amazon.de). My Amazon earnings aren't high so, for the time being, I'm using their gift cards as the method of payment. I want to order things (usually books) recommended by dear fellow writers in different communities and what usually happens? The shipping costs are sometimes three times higher than the price of the product :(

Gosh I've got kindergarten experience too. (Comes in really handy in articles like this.) $20 for Uno is a bit painful. I LOVE Uno myself so it's not just the kindy kids LOL. Oh watch the postage price on Amazon for toys. Some (but luckily not all) of the associated sellers like to charge as much a possible for postage overseas. It's insane. I really appreciate the sellers that don't play that game.

I've worked in kindergarden for years and one summer in a hotel kindergarten, too where I entertained children from different countries. Of all the toys there (and there were many) the Uno cards held the throne. Children of all ages wanted to play Uno cards all day - literally!!! Even today, when I want to buy a present for a kid, I buy Uno cards if the kid doesn't have them already. I see from your wizz that they are quite cheap on Amazon - now I know where to buy them, too because here in Europe I usually pay $20 for a double deck. And, these with Dora on them are soooo cute! 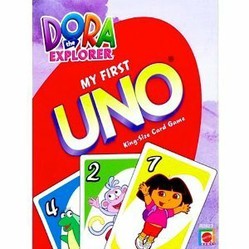 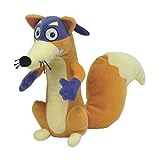