Tonic and Gin a Drink Not Only For Pleasure

Mixing alcoholic drinks with water or soda is one way of imbibing the concoction. Estonic Tonic Water delivers the fizz as well as the flavor of tonic which goes well with Gin...

The invention of products is steeped deep in history at least those that have become legendary. Gin and Tonic is a combination that is certainly steeped in history, but quite recent. It is popular among the British and to some extent in Europe and India. The origin behind the combo is a mosquito-borne disease that killed many before quinine was discovered.

Alcoholic drinks whence trending pick sales with tremendous impact globally. And so gin and tonic are becoming a trend especially whence a plethora of flavors created by various endemic herbs and distilled in a unique way are reaching the markets. The tonic combination goes well with Vodka as well and is popular in Europe.

The tonic water or soda is a product of necessity in times of malaria in India. Read on... 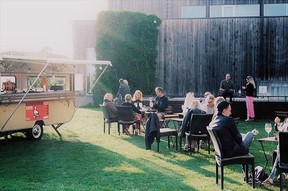 Most of the time when Gin is ordered at the bar the tonic is served as well. Like a legend gin and tonic have become a common phrase among tipplers nearly all over the World. The products are like an inseparable couple though somewhat outdated but coming back into vogue.

But the trends are back on the table, and tonic water is coming into vogue not only as a carrier for gin but also as a cocktail mixer. The demand for tonic as a beverage is ever-growing and fast.

What is Tonic Soda?

During the British rule in India often referred to as Raj, the soldiers were quite susceptible to Malaria which was in the epidemic stage in those times. The only known cure was quinine which was derived from the bark of the Cinchona Tree found in South America and later grown in many places including in India.

Being a bitter liquid the medicine was imperative for the prevention and treatment of the malady. It was during a pandemic stage during the British Rule and many people died because of the mosquito-borne disease.

In order to safeguard the health and prevent malaria soldiers drank the liquid daily. However, the bitterness of quinine was intolerable and they began consuming it with sweetened water which was mixed with Gin at that time distilled in Britain. Hence the phrase gin and tonic became familiar in mess bars and restaurants. The mix became popular in households and traveled to Britain to become a legendary addiction.

Sweetened carbonated and with less quinine, the modern tonic water or soda is less bitter and has become a norm to be associated with gin or vodka. It is often mixed in cocktails that may be alcoholic or non-alcoholic. The sweetener is sugar or high fructose corn syrup.

For figure-conscious, some manufacturers substitute sugar with aspartame which is an artificial sweetener. The bitter quinine though in the reduced amount being a legendary addition remains in the tonic more as a flavoring agent and as an element that maintains originality. Among flavors, lime flavor is very common everywhere. The nutritional value of this carbonated drink or soda is zero hence it is considered only as a beverage for diluting fruity drinks - alcoholic and non-alcoholic.

Soda is also a carbonated beverage but lacks the flavor of a tonic since herbs are not added to it. It is used as a mix to pep up the drink beside the fizz of course. Its use is very wide being much cheaper and readily available. Tonic is a connoisseur's choice. 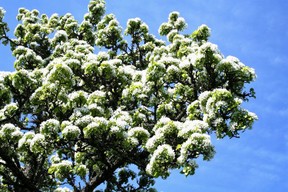 Being so important for tipplers especially the eclectic ones what goes into their gin or vodka matters. People are choosy about the tonic water they use. The wise choice is made by understanding the manufacturing process and the ingredients used.

Check the ingredient lists on the bottle first to make sure you are going to imbibe the best concoction - your favorite gin and tonic. The flavor depends much upon the ingredients their quality and freshness. Local herbs whence judiciously mixed is a big recipe for success. Many distillers like Lahhentagge from Estonia use the freshest herbs from local sources to develop a unique taste and impart an amazing aroma.

Some of the premium tonic sodas from Estonia are sold all over Europe. The success has arisen due to the quality and the herbs used. Other factors that define quality are the level of carbonation which should be well-balanced and the sweeteners. Those using agave and corn sugar fare better than corn syrups. Balancing the bitter and sweet is as important hence the quantity of quinine should be just right. Using grounded cinchona bark is a natural solution and the flavor comes out much better.

The book Dangerous Garden: The Quest for Plants to Change Our Lives by David Stuart is one that I previously have reviewed on Wizzley. The author mentions that quinine may be synthesized successfully in the lab even as its high 90s success rate for malaria curative and preventative treatment will not compete with the perfect score of 100 percent by natural quinine.

Would tonic ever incorporate natural or synthetic quinine?

The concept of appetizers in India is very limited they may be served in private gatherings.
Chai tea tea with milk is the common accompaniment in India. Green tea is more of a health fad.

pateluday, Thank you for practical information, pretty pictures and product lines.
Pre-COVID United States bars have appetizers on counters and tables.
In reading your wizzley about samosas linked with teas, two questions come to mind. The gin and tonic-related question concerns whether there'd be certain appetizers served privately, such as in home get-togethers, or publicly, such as in bars.
The other, samosa-related question is whether certain kinds of teas link with samosas or whether anything shows up according to personal preferences.

In England in the past spruce was often used to flavour ale or beer, so Estonic is reviving an ancient northern tradition.

Yes true it is flavored with spruce or Chirstmas Trees.

Estonic is made in Estonia from recycled Christmas trees.

So wait, estonic is what? Estonian tonic water?? :D
Good to know that quinine helps relax muscles as well :)

Gin is an alcoholic drink quite popular in Europe. It is consumed with tonic ...

Spirits are for recreation and mild pleasure some are healthy and keep the mi... 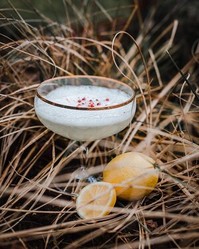 What is Search Engine Optimization in Digital Marketing21 days ago

Internet Marketing is the Global Buzz Word27 days ago 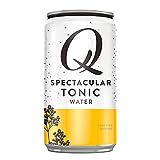 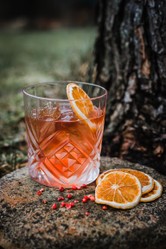 Gin is an alcoholic drink quite popular in Europe. It is consumed with tonic soda a sweet carbonated mixer flavored with lime or spruce. The popularity of G&T is gaining ground
95%  8   11 pateluday
Cocktails 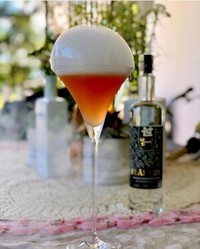 Spirits are for recreation and mild pleasure some are healthy and keep the mind-body and soul fit and fine. But non-alcoholic drinks are popular in places where liquor is banned
Loading ...
Error!