BBC coverage of the 2013 Eurovision Song Contest starts on Tuesday 14 May and Thursday 16 May with the semi-finals followed by the final on Saturday 18 May.

The 58th Eurovision Song Contest is expected to attract 120 million viewers and risks sending Twitter into meltdown with the usual mix of sarcastic comments about the contestants. Nobody takes it seriously but everybody loves it. UK viewers can catch all the action on the BBC as detailed in this article by Steve Rogerson.

Eurovision Song Contest week starts on Tuesday 14 May 2013 with the first of the two semi-finals followed by the second semi-final on Thursday 16 May 2013, both broadcast on BBC Three and hosted by Scott Mills and Ana Matronic. Sandwiched between these on BBC Three on Wednesday 15 May will be How to Win Eurovision, in which Greg James and Russell Kane look at what it takes to win the contest. There will be interviews with Graham Norton and Bucks Fizz among others.

The Grand Final will be on BBC One on Saturday 18 May 2013 live from Malmö in Sweden when worldwide an estimated 120 million viewers will be tuning in to see and vote for the winning act. Graham Norton will be the BBC host. The competition will also be broadcast live on BBC Radio Two with commentary from Ken Bruce.

The bookmakers this year have Denmark as favourites with odds of 6/4 or 13/8. Ukraine is also strongly fancied with 11/2 the best available. Norway, Russia and Italy are also in the running. The UK is not given much hope with odds up to 66/1 available. The outsiders are Albania and Latvia with odds up to 500/1.

The first semi-final will be broadcast live on BBC Three from 8pm on Tuesday 14 May 2013. There will be 16 countries that will be whittled down to the ten countries that will progress to Saturday’s final. UK viewers will be able to vote in this semi-final. Televoters and a jury in each country eligible have a 50 per cent stake in the voting. Phone voting will be open after all the songs have been performed. UK entrant Bonnie Tyler will be interviewed about Saturday’s final.

The sixteen battling it out are: “Shine” by Natália Kelly (Austria); “Et Uus Saaks Alguse” by Birgit (Estonia); “Straight Into Love” by Hannah (Slovenia); “Mizerja” by Klapa S Mora (Croatia); “Only Teardrops” by Emmelie de Forest (Denmark); “What If” by Dina Garipova (Russia); “Gravity” by Zlata Ognevich (Ukraine); “Birds” by Anouk (Netherlands); “Igranka” by Who See (Montenegro); “Something” by Andrius Pojavis (Lithuania); “Solayoh” by Alyona Lanskaya (Belarus); “O Mie” by Aliona Moon (Moldova); “Only Love Survives” by Ryan Dolan (Ireland); “And Me Thimasai” by Despina Olympiou (Cyprus); “Love Kills” by Roberto Bellarosa (Belgium); and “Ljubav Je Svuda” by Moje 3 (Serbia).

The second semi-final will be broadcast live on BBC Three from 8pm on Thursday 16 May 2013. This time UK viewers will not be able to vote to help pick ten winners from the 17 contestants. Televoters and a jury in each country eligible have a 50 per cent stake in the voting. The show will include a behind-the-scenes look at how contestants prepare.

Graham Norton will present the final on Saturday 18 May 2013 on BBC One. Radio listeners will also be able to tune in to BBC Radio Two to hear the event, when the presenter will be Ken Bruce.

There will be 26 teams competing in the final comprising the 20 who made it through from the semi-finals and the six countries that have a bye. The six are: “You” by Robin Stjernberg (Sweden); “Glorious” by Cascada (Germany); “Believe in Me” by Bonnie Tyler (United Kingdom); “L’enfer et Moi” by Amansine Bourgeois (France); “L’Essenziale” by Marco Mengoni (Italy) and “Contigo Hasta El Final (With You Until the End)” by ESDM (Spain).

Again, viewers in each country will have a chance to vote and their votes will count 50 per cent to the final outcome with the other 50 per cent coming from a professional jury. Phone voting will be open after all the songs have been performed. Viewers cannot vote for their own country.

Thank you Urika, the rn and m look the same on the list. I've fixed it now.

Hi Rupert, that's brilliant. They don't make them like that any more, sadly.

A "classic" from the past.

Sadly, I go back this far. 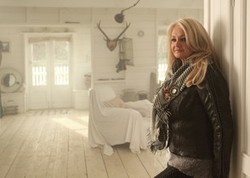 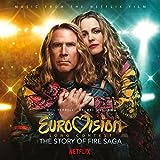