Ideas for a Funeral Program: Include a Genealogy

If you're looking for funeral program ideas, then adding in a family tree page or two would be wonderful for your mourning guests.

Across the span of two pews, my whole family were staring in shock. My Grandad had just filed in after the coffin and sat down near to the front.

This wouldn't have been nearly so surprising, if my Grandad hadn't died in 1980, and this gentleman was at least a decade younger than he'd been then. The man was patently related to us, both from his position and his aspect. Some genetic code had found dominance in him and my long gone, dearly missed Grandad alike. So who was he?

It would take some queries at the wake to pin-point us all on the family tree. That would have been easier, if we'd all had a basic genealogy to consult in the funeral program.

Relative Strangers at a Funeral

Everyone is there for their beloved deceased. But they can easily find themselves surrounded by strangers bearing the genetic imprint of their own face. 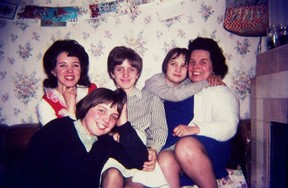 Those creating funeral programs tend to be close to the center. They know precisely who will be there to say goodbye. Those on the periphery may be far less informed.

Families, especially large ones, splinter and sprawl as the generations unfold.

I have cousins dotted around the city, in different suburbs and neighborhoods. I have more who have moved away, returning along the miles only for private visits or rites of passage. I know who they are. Our parents know who they are. Our children may never play together. They might not even meet them nor know their names. Their grandchildren haven't a hope of joining up the dots in a genealogy.

Thus it is that I could stare, wide-eyed with goosebumps, at this vision of my Grandad entering a chapel yesterday. I was there to mourn my great-auntie. We had a long, rich history together, quite literally, considering the hours that we spent together compiling our family tree. But her children - now grown and with children of their own - were rarely there during those sessions. Her grandchildren and I never crossed paths.

Therefore I'd never met her grandson, who looked so much like her brother - my Grandad - until the moment we all came together to say goodbye.

A family tree to consult would have helped enormously, as we all attempted to piece our relationships together at the wake.

Example of a Genealogy for a Funeral Program

These things don't have to be too in-depth. It's unlikely that distant relatives last enjoined to your main family tree in the Middle Ages will be at this funeral.

The simple information recounted in the example to the left would more than cover it. On the reverse of the sheet are the descendents. It covers five generations in all.

You don't need to purchase a template to include genealogical information, that would be more than adequate for most funerals.  Just add a page or two to the funeral program, which fills in this information:

This would allow all cousins, aunties, uncles, nieces and nephews to pin-point their relationship to the individual being mourned.

If there are further generations, then keep going until all of the great or great-great etc. grandchildren are added to the list.  This would allow all children, grandchildren and in-laws to pin-point their relationship to their beloved deceased.

This one shows ancestors. It could just as easily depict descendents too.

Tribal pages is a free website for recording your genealogy. It allows you to print out family trees, like the one displayed above, which may be used in funeral programs. 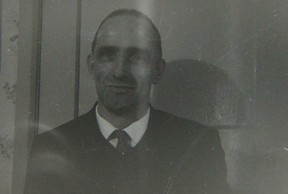 Do you like the family tree above?  It just took me a grand total of ten seconds to create by pressing a button on the Tribal Pages website.

I simply found Albert Thomas Hickman (born 1915) in my family tree, selected 'view', then 'printable charts', and chose from the array of charts on offer.

I went for four generations, which is way too much for a funeral. I could just as easily have gone for two, three, five or six. These people are his ancestors. The same page allows the descendents to be displayed in a similar way throughout various generations. You merely pick the one that best suits the individual and covers those guests expected amongst the mourners.

Tribal Pages is a free site. You don't have to trace back hundreds of generations to use it. Merely open an account and add in those names required for your funeral program genealogy sheet.

Alternatively, you could add your family's information into a template, like that displayed to the right. The finished product may either be incorporated into a funeral program, or handed out separately as flyers.

However, this might work out quite expensive, which is the last thing that you need in the midst of all the other funeral costs.

Personally I'd opt for designing your own - or merely listing names as text on a page under relevant headings - or else going for the free option on Tribal Pages.

Ultimately, the information is more important than how it's presented.

Why Bother with Genealogy at a Funeral

It may appear that all of this family history is moving the focus from the person whom everyone is mourning. But the reverse could well be true.

We've already covered how a simple family tree in a funeral program might help bring relative strangers together at a wake. It also provides them each with a gift, on behalf of the individual whom everyone is mourning.

It could be their last act of uniting their family against the vigor of time.

Genealogy is interesting. It tells people where they came from and how deeply their roots are buried. Funeral programs aren't cast away in the wake. They're carried home in pockets, bags or clutched in people's hands. Then usually stored in some drawer and largely forgotten.

Unless it includes information to be referred to time and time again.

This isn't merely the family history of the person who died. For those relatives leaving for home, it's their family tree too. Each time they take the chart out to consult on their own behalf, they will be remembering again the lost relative for whom this funeral program was created.

Long after attending mourners have passed on themselves, that program may survive to be passed onto generations who never knew your loved one lost. But they'll remember them too now. They'll know all about them. They'll see their photograph and other information right there in the same program.

It's one way to ensure that their memory goes on and on.

More About Genealogy on Wizzley

Why Trace your Family History?
Enter a world where the true life stories read like the plot of a Hollywood blockbuster. This is the saga of your own family's roots.

How to Use the Internet to Research Your Genealogy
Thousands of websites exist to help you trace your family history on-line. Soon your family tree will be bursting with new leaves.

An Ancestor By Any Other Name
A century ago the majority of people could not read or write. Your surname changed often, as clerks wrote phonetically what they thought they heard.
Updated: 07/14/2014, JoHarrington
Thank you! Would you like to post a comment now?
4

I'm glad that you thought so, and even more pleased there won't be any imminent funerals. I just think genealogies at funerals make life so much easier.

Hopefully there won't be a funeral soon. But I do like these ideas. Especially the family tree.

It's a fact of life that things change, people die, life moves on. But that d... It's a fact of life that things change, people die, life moves on. But that doesn't make any of it easier to bear. Here's how you might make it through those dark days.
100%  40   12 JoHarrington
Mourning