An Ancestor By Any Other Name

A century ago the majority of people could not read or write. Your surname changed often, as clerks wrote phonetically what they thought they heard.

You would be amazed at how recently most surnames were added to your family name.

The way that you spell it - as your parents taught you and you will teach your children in turn - was probably only fixed that way perhaps 100 years ago.

This is particularly true when your ancestors were immigrants, crossing a border to tell their name to a foreign ear. Learned clerks could write down whatever they liked and it would stick.

You should see what some of them did to my Celtic ancestral surnames.

Why Surnames Change Throughout Your Family History

Without compulsory education, your great-grandparents could tell you their names, but they couldn't spell them. 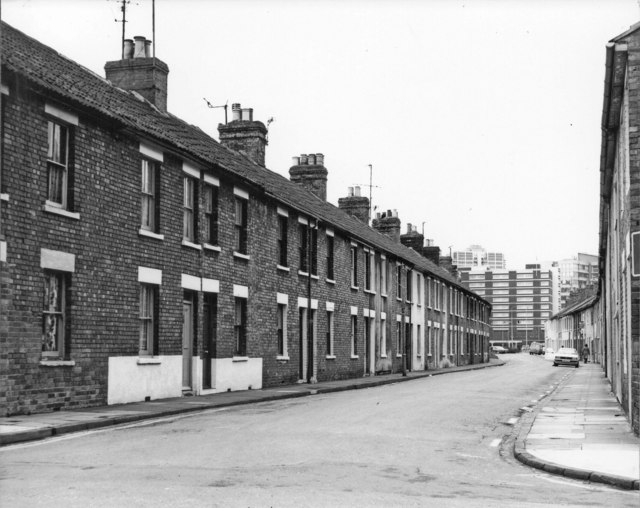 It is March 30th 1851 and a small army of middle-class men have a long day ahead. They have been given maps and a hard bound ledger book. Their mission is to enter the warren of back to back houses and take the English census. They have to. It's the law.

A huge challenge lies out there. Packed into those streets are miners, nailers, foundry workers and drovers. They are not given to academia and schooling has never been compulsory. There are those in the higher classes who believe it immoral to educate those at the bottom of society. Anyone able to spell their own name will be an anomaly.

That wouldn't be a huge problem, because the clerks all come from good families. They have years of grammar school behind them, so all they need to do is complete each census form for the working people. Unfortunately, this is 1851. The place is full of Celts.

The previous decade had seen mass emigration out of Ireland and Wales, as famine wracked the former and landlordism drove out the latter. The census clerks were about to do what has been done in every country throughout history, when presented with foreign names for official registers. They were going to improvise.

Books on the Surnames of Scotland, Ireland and Wales

Do you have a Celtic surname? Buy a guide to help you traverse your family history.

The Anglocization of Foreign Surnames

Some immigrants change their own family names in order to fit in their adopted countries. Others had no choice in the matter. 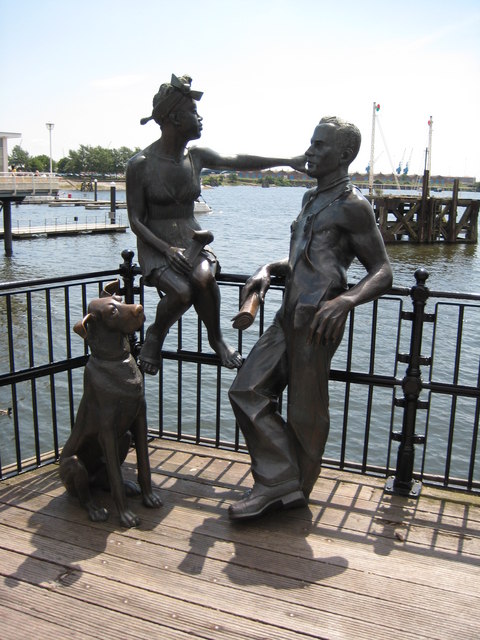 "I'm sorry, could you repeat that?" The well-dressed, beautifully spoken clerk asked my ancestor.

In his Gaelic brogue, John tries again. He is attempting to tell the official that his surname is Taidhg. It is certainly not a word that the gentleman has encountered before. After hearing it a couple of times, he notes down the closest approximation in the English language. 'John Toy' was duly recorded on the census.

Of course, John was used to this. When he married his wife, the registrar at the church had faltered too. His best guess had been 'Tie'. A year later, John's brother entered matrimony as 'James Tye'.

As both families baptized their children, a succession of clerics had similar trouble. Taidhg variously ended up as 'Tigh', 'Tay', 'Tee', 'Toye', 'Teague', 'Tague' and finally 'Tighe', all within the same generation.

Eventually, as education grew and became compulsory, a schoolteacher will inform a child how he or she should be spelling their name. If this was the first time it happened in your family, then that would standardize it.

It is only within the last 100 years that your family's surname was fixed to what you now use. It is important to remember this, when searching for your ancestors in the archives and databases. This does not pertain only to Gaelic names nor even anything that was unusual. If the family didn't have a set way of spelling their surname, then it was up to the clerks to jot down whatever they thought appropriate.

Identifying the origin of your last name could help trace from where your family came.

Tip: Finding your Family Through Phonetics

If you suspect your family might have struggled with spelling their surname, then help is at hand.

How Some Surnames Were Awarded on the Spot

Tired clerks encountering strange naming conventions often just gave up on writing what they heard. They possibly named your family. 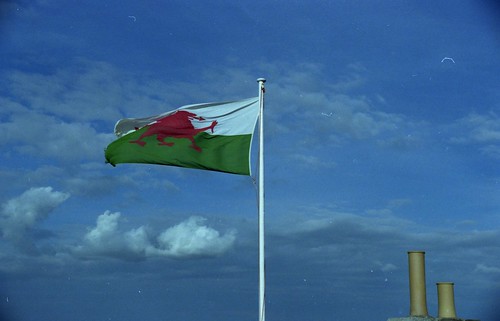 Back in 1851, a few streets away, the clerk has just met a branch of my Welsh family. Here it is not just a matter of understanding what the foreigners are saying, but rearranging a whole naming convention. Hereditary surnames came late to Wales and they were still getting used to the whole idea.

Until the English imported the concept, in order to maintain their own records, individuals tended to be identified by their given name and something particular to them, like the relationship with one of their parents.

"Sion ap Rhys." In his lilting Welsh accent, the words rolled together like a song.

The clerk stared. That didn't even sound like a proper name. "In English please."

Since the days of the Tudor kings, successive laws had tried to stamp out the Welsh language. Even monoglot Welsh speakers would have been told their English name by exasperated landlords and vicars. "John."  This was the Anglicized form of Sion.

This was tricky. He was Welsh. He didn't technically have one. But back home, there had been a lot of people called Sion. It was the most common male name in the country. He was distinguished from every other Sion in the village by adding his father's name - 'ap Rhys' meant 'son of Rhys.' Unfortunately no-one had ever told him what that was in English.

The clerk was tired. Elsewhere he had got around this issue by simply adding a nice English patronymic. All of the 'ap Sion' men had become 'Jones'. With the Welsh emphasis on the first syllable, it had worked better than 'Johnson' or 'Jonson'. But he didn't have a clue either about this Rhys word. It all sounded way too distastefully Welsh.

"Say it in your tongue again."

There was an English word somewhere in the phonetics. The clerk duly entered 'Sion ap Rhys' as 'John Price'. Elsewhere, his colleagues were busily turning 'ap Ragnel' into 'Prangnell', 'Pragnell' 'Pringle' and 'Pangnall'. They were doing the same to a lot of other names.

Of course, they also had to enter the place of birth. Tiggunnernon was what the clerk in 1871 heard my great-great grandmother say.

It wasn't a bad guess for the spelling of Tregynon. He did better than the man who interviewed her father. He gave up completely and merely wrote 'John Jones, Wales'.

If you know or suspect that your family once hailed from a different culture, then it can help greatly to research the naming conventions in that country. Even today, they are not standard across the world and, in the past, there were many more besides.

Have you ever found any bizarre misspellings in your family history?

Books on Surnames and DNA in Genealogy

Check out these studies to learn how your bloodline holds clues to your family history.

Other Wizzley Articles in my Genealogy Series

These pages are designed to guide you every step of the way through researching your own family history.

What is a Census?
When exploring your family tree, censuses can act like a fast-track through the 19th century. Understanding them is vital for your genealogy.

How to Use the Internet to Research Your Genealogy
Thousands of websites exist to help you trace your family history on-line. Soon your family tree will be bursting with new leaves.
Updated: 05/04/2014, JoHarrington
Thank you! Would you like to post a comment now?
5

This is the first time that I've come across Hilvers, as a surname or anything else. Have an unusual surname can be a blessing though. It means that whenever you come across it in the records, there's a high probability that you have found a relative.

Of course, then the trick is to find out from what the surname was formed. That can be difficult, but you're well on your way there.

I visited Ellis Island once, where I learned that many people entering America asked for American names. They specifically changed their names to signify a new life; and they wanted to fit in there. Your family might have done the same. It's worth checking the Ellis Island records for anyone called Hilversum from Holland.

Sorry, that should be Hilversum, Holland. :D

I don't know if it counts as a bizarre misspelling, and I didn't have to do a lot of digging to figure this out, but my last name--Hilvers-- would often get comments from school teachers and the like about how different it was. That was a comment that always confused me, it was easy enough to pronounce, and I'd heard some very strange surnames in my day, so why did I always get comments like that?

Finally I asked someone after they made that comment and they said I had a plural last name, and that it just wasn't something you came across very often. When my dad informed me that my ancestors had founded Hilversom in Holland, I realized at some point for some reason my name had been shortened to what it is now. I know in the US immigrants names would get shortened a lot because whoever was recording them didn't want to write that much, or changed all together because it was too hard to understand, so maybe that has something to do with it.

I don't actually know much else about my paternal lineage, but I have a book that an aunt put together, which just has so much information about my family lineage from my mom's side of the family. I know I have a lot of Oakie in me, I'm apparently part Indian (Cherokee I think? I have to recheck). I'm related to Meriwether Lewis of the 'Lewis and Clark Expedition.' I also have photocopies of the journals, some newspaper clippings, various records, receipts, etc. from family who were pioneering the West. This book is probably one of the coolest things I own. I want one for my dad's side of the family. 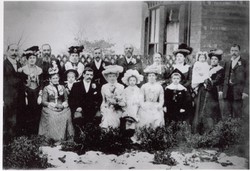