Using the IGI to Trace Your Family Tree

The International Genealogical Index is a great, free resource for exploring your family history. LDS records go back to the 16th century.

The International Genealogical Index (IGI) is probably the largest free database in the world for researching your family tree.

Before the internet was even conceived, volunteers were transcribing records from their local archives. Those faded manuscripts, church records and other documents were poured over for names, dates and events.

All of this ended up on that mammoth list, which you can now use in your hunt for your own ancestors.

What is the IGI?

A worldwide database exists for the sole purpose of tracking down your ancestors. It is available both on-line and in family history centres. 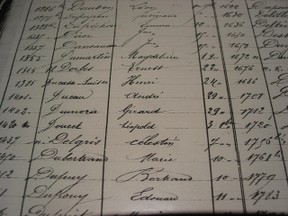 The International Genealogical Index (IGI) was created by The Church of Jesus Christ of Latter-Day Saints.

Faithful members have spent years pouring over civil and religious archives, dating back to the 16th century. The names, dates and locations found are all added to a database, which is freely available to the general public.

You do not have to be a Mormon to consult it. In fact, the resource is so good that many submissions have been made by non-Mormon researchers. In many ways, it represents the tremendous spirit of co-operation and dedication of genealogists all over the world, rather than the reality of religious expression.

Anyone can make a transcript of whichever records they were able to find in the archives. They then submit this to their local Latter-Day Saints Family History Center (or, more recently, upload it using the on-line form). The historical information discovered is then added to the IGI, so that other family history researchers can access it too.

For example, I could plunder the 18th century register of people married in my local chapel. I would copy their names, occupations, fathers' names, marital status prior to the wedding, witnesses and the date of their marriage. This information would be submitted to the database, wherein a very distant relative on the other side of the world would be able to consult it. It saves a lot of money on flights!

In addition to primary sources, the IGI lists 'pedigrees'. These are the fully plotted family trees of those who have already traced their genealogy. If your family is amongst them, then you will find that the work has potentially already been done for you.

The IGI data does not include anyone currently living and seeks to provide coverage back to 1500.  I have personally found names on it dating from the 11th century.

There are two places to find the International Genealogical Index - on-line and off-line.

FamilySearch.org
This is the on-line depository of the IGI. You can search for names using the search form and the results will appear on a separate page.

LDS Family History Centres
These are physical buildings, which contain microfilms and microfiches of the IGI. There are 4000 of them, dotted around 80 countries. Anyone is welcome to use their facilities, free of charge, regardless of religion.

Why Has the Mormon Church Created the International Genealogical Index?

Baptism-by-proxy is the motivation for good Mormons to wish to compile their family history. Other religious leaders are not impressed. 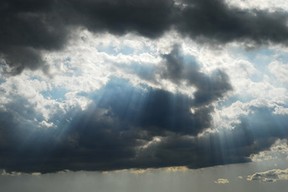 The Mormons continue to maintain the IGI, so that their members can retrospectively baptize all of their ancestors into their faith. There are special temples allocated to this practice.

It is founded upon the belief that individuals have the opportunity to accept the true teachings of Jesus Christ, regardless of whether they are in this world or the next.

As the Church was only founded in 1830, this leaves a lot of ancestors who may have been Catholic, Protestant or not even Christian during their lives. Their Mormon descendants submit their names as an act of love. Once the priest has performed a baptism-by-proxy on the dead, then the deceased will be able to gain access to Heaven.

Naturally this has caused some outrage amongst other denominations. In 2001, the Vatican's Congregation for the Doctrine of the Faith ruled that Mormon re-baptisms of deceased Catholics could not be held as valid. As far as they are concerned, devout members of the Catholic Church will remain so, regardless of posthumous attempts to incorporate them into another faith.

Nevertheless, the Holy See took the practice seriously enough to wish to hinder Mormons in their family history research. In 2008, the Vatican Congregation for Clergy sent a letter to all of its bishops. It expressly forbade access to Catholic records (birth, marriage and death registers specifically) to any member of the Church of Jesus Christ of Latter-Day Saints.

The idea was to stop Catholics being included on the IGI by refusing to allow Mormons the information necessary to index them. This was a little like slamming the stable gates after the horse has bolted, as hundreds of thousands of them are already on it.

Other religions have been even more proactive in seeking to remove their deceased members from the IGI. In 1994, controversy was sparked when it was discovered that the index included the names of Jews, which had been transcribed from two Holocaust memorial registers. Dying in the death camps for their Judaic faith and heritage, millions of people had now been re-baptized as Mormons.

A year later, an agreement was signed that only Jews who were direct ancestors of living Mormons could be baptized by proxy. Members of JewishGen have continued to monitor the situation and they claim that the promises were not honored. Jews continue to be added to the IGI and re-baptized according to the tenets of the Church of Jesus Christ and the Latter-Day Saints.

Genealogy and the Mormon Faith

The data is great. The spiritual aspect might not be so great. Your choice!

Poll: Are the Mormons Justified in the Baptism by Proxy of Members of Other Religions?

If your descendant converted to the Church of Jesus Christ of Latter-Day Saints, you would be posthumously baptized.

How to Use FamilySearch.org

Limitations of the IGI for Family History

User submitted data might not always be transcribed with historical accuracy, plus there are holes in the database. 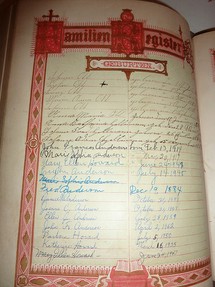 There are over 12 million entries in the IGI, but it should always be approached as a work in progress. The Mormon Church would love for this to provide comprehensive coverage for every person who ever lived. This isn't feasible.

Notwithstanding the obstacles posed by other denominations, restricting access to records in other to chronicle them, the data might not actually exist. For example, thousands of registers were lost in Dublin during the Irish Civil War. The building containing the documents was blown up.

Even those archives which are freely available might not yet exist on the index. They are all subject to someone turning up and transcribing the data. If no-one has been there, then that information is not on the IGI.

It would also be ideal if every record had been made by people with a degree in history and/or vast experience as an archivist. They have not. However well-intentioned the amateur researcher, the reality is that they have not had the training to cope with faded documentation in centuries old cursive script.

This has led to many unlikely transcriptions or batches marked as complete, when several words or important information was skipped over. It was just too illegible for the individual to decipher what they were seeing in the original document.

Nowhere is this lack of professional genealogical qualifications more apparent than in the pedigree files. Historians will check and double-check against even the flimsiest of primary sources, before declaring something as fact. Amateur family historians have a distressing tendency to grab the first likely candidate to proclaim as their ancestor.

For this reason, the ready-made family trees should be approached with caution. They can be used as great indicators, but checks should be made of the original documents. It's all too easy to make mistakes in genealogy, particularly around similar sounding names.

Other Wizzley Articles in my Genealogy Series

These pages are designed to guide you every step of the way through researching your own family history.

How to Use the Internet to Research Your Genealogy
Thousands of websites exist to help you trace your family history on-line. Soon your family tree will be bursting with new leaves.

An Ancestor By Any Other Name
A century ago the majority of people could not read or write. Your surname changed often, as clerks wrote phonetically what they thought they heard.

What is a Census?
When exploring your family tree, censuses can act like a fast-track through the 19th century. Understanding them is vital for your genealogy.
Updated: 05/04/2014, JoHarrington
Thank you! Would you like to post a comment now?
5

As a genealogist, I love that the IGI exists, but that story just made me cringe. Simon Wiesenthal and Elie Wiesel are both famously Jewish, so it certainly goes against the 1995 agreement between the two religions to have them on the list.

Have you heard about Simon Wiesenthal's parents being baptized by the Mormon church http://www.bbc.co.uk/news/world-us-ca...

Thanks for your comment, Humagaia. I agree that it's a good starting point. I've spent many, many hours in first the microfiches, then the on-line database. For years, it was the main source of information for anything in genealogy outside your own area.

As a Wiccan, I'm also quite apathetic about the afterlife issues, though I do understand why other Abrahamic religions might have objections.

The IGI is a good starting point for your family history search - especially if someone else has done much of the donkey work. However, as you say, all data should be scrutinised and cross-referenced with other sources before it is taken as Gospel. As for it being used by Mormons to retrospectively baptise those on the list - since I have no religious belief, what harm can come of it? It is just another method of control perpetrated by a church - what's new, get over it, it has no effect on your life - or death.