Reasons why paying attention to and using social media for your business can easily take it to new heights.

Whether you are a blogger, a freelance writer, an affiliate marketer or simply a web worker making money online, social media is something you should not take for granted. Ignoring it will be a huge mistake especially in these times where more and more people go online to reacquaint themselves with old friends, meet new ones or simply connect with other people who have the same interests as them. To engage or not to engage in social media is of course your choice but you will miss on a lot of opportunities if you decide not to involve yourself in it. To help you understand more the merits of social media, here are five reasons why you should pay attention to it in 2012.

1) Facebook now has more than 500 million users. At the rate that this number is growing, it won’t be long before we’ll get to see it reach 1 billion. If this does not convince you of the popularity and power of social media, I don’t know what will. And this is just for Facebook alone. There are other social networking and bookmarking sites out there that boast of users in the millions. On top of these group are Twitter, LinkedIn, StumbleUpon, Reddit, Digg and so many others. Even MySpace which a lot of people are considering to be dead is still a relevant player with millions of members still.

2) People love talking about themselves. They like sharing photos of their trips to Mt. Kilimanjaro or the night before’s party at Gerry’s Bar and Resto. This is what drives the success of Facebook today and the popular social networks of before like Friendster and MySpace.

3) More and more people are getting their news from Twitter “trending topics” or from social bookmarking sites like Digg, Reddit and Delicious. It’s because in these sites, they have the ability to share the stories that they like to their friends and contacts in just a click of a button. They can just retweet it, digg it, stumble it, or up vote it. Sharing things online have never been this simple and easy.

4)      It’s so easy for something to go viral within a social media site. Take YouTube for instance. Thousands of people amassed fame or fortune or both from just a video/videos that they or others posted on YouTube. Justin Bieber is a notable example of this. He was discovered on YouTube.

5) Social media sites make communication easy and cheap. Connecting and conversing with a friend or a family member from abroad doesn’t cost a dime. All it will cost you is the time you spend typing that message on Facebook messages or Facebook chat or replying to tweets sent your way on Twitter.

Business-wise or shall we say marketing-wise, social media is a gold mine. Billions of people login into them every single day. If you are smart enough to take hold of the opportunities that they offer, you can build and grow your online presence to higher levels. It doesn’t matter if you are a blogger, a website designer or an affiliate marketer, social media will benefit you.

So, are you on Facebook? Does your blog have a Facebook Page? Are you tweeting? Are you sharing your content on Digg? Do you have videos on YouTube? If your answer to any of these questions is “no”, it’s time you start working and turn it into a “yes”.

You have a very good point here, and it is well explain.
Regards
Michey

@dmcgaw: Yes, I agree. Social media will only continue to grow in the coming years. Not using it is a big mistake on its own.

Social media is one of the most fascinating topics and one of the most useful tools out there if you do business online. I always tell people that there one thing will make you successful - consistency. If you are consistently out there learning and putting what you learn in to action you WILL see results!

@Michey: Yes, that's what's great about social media - the "community-building" factor. Using social media, it's so easy nowadays to build communities around something like a blog or an online store.
@bolillie: Join in on all of the venues...:)
@GonnaFly:Just start with the top three social media sites then slowly work through the lesser known sites. It's going to be really time-consuming but it's very much worth it.

Oh dear. I really am behind the times ... Just not sure where to start!

Yes! I agree with all 5 point, it is also Google ranking with Caffeine which request "activity", and the fun; yes people have fun within communities, they find friends, knowledge, feel comfortable, so build trust, and the most important brand...
Thanks for a great post

Joel Comm is a IM I always listen, read, talk with as he always gives me good... 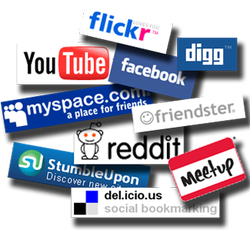 Social Media Marketing Workbook: How to Use Social Media for B...
100%  23   19 Michey
Social Networking Tips 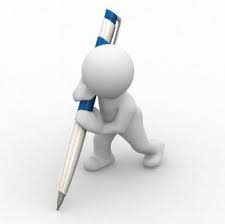 This is a general discussion about Web 2.0 vs. Web 3.0, how our life has been changed along with Internet trends. I choose as main players: Blogs, Social Media.
97%  10   10 Michey
Social Networking Tips 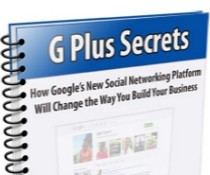 Joel Comm is a IM I always listen, read, talk with as he always gives me good inside, ideas, and priceless advice.
Loading ...
Error!