Games For the Blind

During holidays, whether winter or summer, many families enjoy playing games together. Here is a selection of games where your blind friends and family members can easily join in.

Enjoying life and having fun

Great gifts for the blind 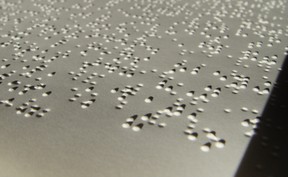 Being blind or visually impaired makes it more difficult to do things that others take for granted. Everybody has the need to relax and have some fun, but not being able to see can make this impossible. Therefore, it is really fantastic to see how many games have been prepared with Braille labels or large writing. In this way, everybody, regardless of the amount of vision, will be able to participate. Light a fire, make some hot chocolate, and get started!

Bingo is a fun game where each player has a board with numbers, arranged in rows. Numbers are randomly drawn and each player will mark the number, if he has it on his board. When one row (horisontal or vertical) is filled, he has to say Bingo! The first one to get a full row has won. Great game to play while travelling.

Domino is a game that can be played even by small children. Each tile has two sides, with a number (or picture). To be able to put it out, it needs to match the number on the previous tile. There are different varieties of this game, with more or less difficult rules. This is a really old game, it has been played for centuries, if not more.

UNO is a card game which is easy to play, and loved in many countries around the world. It was created in 1971. The purpose with the game is to be the first one to get rid of all your cards. Since the rules are not too difficult, it is a perfect game to play when children are around. Beware, though, kids are smart and will soon find out how to cheat you!

There are also normal playing cards and those with pictures available with Braille. This makes it possible to play an endless number of games.

This is a game that can be played over several days, although a normal playing time averages 1-3 hours. It is built around the concepts of economy, real estate and taxes. This game, and the forerunners, have been around for over 100 years, being one of the most popular games of the 20th century. It is available in different editions, depending on the country where it is sold. In 2008, a common World Monopoly was created, choosing cities through Internet voting.

Some people do not like the game, saying it is built around cheating and bankrupting other players. Those who love it (millions of people) see it as a fun game that makes you use your brain!

The king of board games

A game that is based on reading has always been off limits for the blind. With this Braille version, it is possible for everybody  to participate. In Scrabble you form words and phrases, getting points for the amount of letters and combinations you use. It is like a home-made crossword which is created as  you go along. There are different Scrabble Championships being held each year.

Read more about what is involved in being blind or visually impaired.

The History of Braille
Learn more about the amazing alphabet that has changed the lives of millions of blind people.

Practical things to help the blind in everyday life
See some of the small things that make a big difference when you don't see so well.

Follow your dream- like Sabriye Tenberken
This amazing woman has dedicated her life to helping blind children in Tibet, despite herself being completely blind.

Erik Weihenmayer- climbing higher
He is the first blind person ever to climb Mt Everest, but that is only one of his many accomplishments.

Do you enjoy playing games? Have you ever done it with somebody blind?

Nice to know that these games are available. I'm sure anyone who is blind would appreciate being able to choose one of these games.

I enjoy playing games...I don't have anyone to play with who is blind...but these would be great for those who are sight impaired.

I like games. I have never played with a blind person, but I do know how sensitive their fingertips are =D 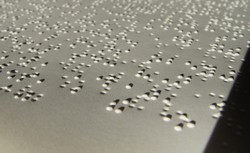 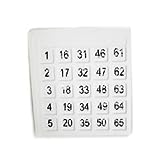