Game busts that could have been cool

Games come and go, and some will gain legendary status and belong in a gamer's Hall of Fame somewhere. However, there are some games out there that could have been legendary, but for one reason or another, they fizzled out of the limelight. Some were due to poor launch support, others were because of super-huge hype that led to "bleh" gaming experiences. This article details just a few of the last several game busts where there should have been more "legendary" and "awesomeness" involved.

Defiance, the game that is supposedly linked to the on-going television series of the same name. Things that happen in the game MAY affect the television series and vice versa. However, that "MAY" word is the caveat here. The game was a huge launch disaster with many players not being able to get in on all of the available consoles and PCs it was launched on in the entire first week of post-launch. For the record, I still have trouble getting on this game at times. I've been asking this question for a long, long time, especially with massively-multiplayer game types, but what the hell are beta periods for anymore? If you hype a game this big, with a big appeal like TV-Game interactivity, prepare for insane amounts of people wanting to log in and play the game at the same time at launch. I also have a huge problem with paying for the game for the tv-game interactivity function and then being told, "Well, if you want that feature, you have to pay extra for the downloadable content." If you market a game for something and don't tell people during that marketing that the interactivity does cost extra in addition to the purchase of the game, it's going to piss people off and turn them away.

Finally, the gameplay itself, once I got in, is decent, but it's not extraordinary. There are exciting moments and you get to drive one of those cool "roller" vehicles very early on in the game, but there's a lot of the "same-old, same-old" here. Yes, I know the "same-old, same-old" is a guaranteed money-maker, but honestly, if I wanted that, I wouldn't be shelling out $60 for your game expecting something new. I'd just save my money and stick with what I already have.

Can it be saved? Yes, it can, because it is an MMO and it has the possibility of being updated. Make some cool interaction happen for EVERYONE, do something awesome, out of the norm, and fix the connectivity issues, and this game can become game of the year. But this all needs to happen pretty quick as we're already half-way through this year.

This game has just released, so there could be time to save it. I mean, what's cooler than actually getting to play your favorite superheroes in a free online game? Oh wait, to play most of the cool ones, you've got to pay? It's not that cheap either? Yeah, not so much anymore. Oh, it's a point-and-click Diablo 3 clone with a superhero theme slapped on top? Yep, ruins it for me. I'm still trying to find a storyline somewhere and after you get to level 30, there's no more actual content to get to level cap of 60. This one can be saved, but it needs some major help, very quickly, or it's going to suffer the same fate of that Lego MMO mentioned below. I'm not so sure Gazillion has the means to pull it off.

Although this game closed down well over a year ago, this one is worth mentioning. The concept was cool enough, a Lego game where you could create anything your imagination could think of. And there was a hint of the idea that if your creation was cool enough, there would be an option where you could pay to have the actual Lego kit sent to you so you could have a physical creation of your digital masterpiece. But the leveling up and exploring options were a little wacky and there was a slight difficulty curve, especially since the game was mainly aimed at children who may or may not have the longest attention spans. There was also very little "content" for an MMO-type game, even for one aimed at children. The game may have been saved if you could have chosen between an open sandbox world where you could build whatever you want and then order it (think MineCraft's sandbox mode plus the ordering your creation), but having to grind your way to get every block without any other option (and it being a very long grind at that) made the game very boring after the first few times playing it. Sadly, the game only lasted about a year and closed down January 30, 2012.

Which one of these games would you like to see improved upon?

For many, playing games is viewed as time wasted and nothing to do with reali...

The Best Minecraft Websites - Minecraft Links You Need To Know

Minecraft is extremely popular and with popularity comes dedicated websites, ... 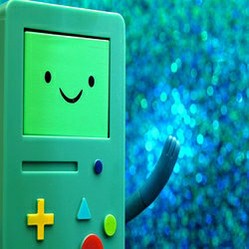 For many, playing games is viewed as time wasted and nothing to do with reality. They are very wrong. The future of humanity might lie in the twitch-clicking hands of gamers.
43%  3   5 Winterfate
Game Dynamics

This article will give you resources and tips for making your own video game, even if you do not have any programming experience!
33%  0   1 Seelyon
Gaming Blogs 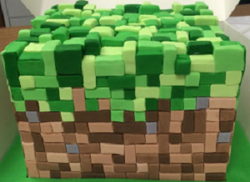 The Best Minecraft Websites - Minecraft Links You Need To Know

Minecraft is extremely popular and with popularity comes dedicated websites, but which ones are the best Minecraft websites? I've collected plenty of important Minecraft links that
Loading ...
Error!