Glastonbury Festival is an internationally known event but besides its line-up of many top bands and singers it often is in the news because of the very bad weather it gets.

Bridget St John has been a favourite singer-songwriter of mine since the late sixties when I discovered her on the late great John Peel's Top Gear show on BBC Radio One.

Bridget used to sing a song entitled To B Without A Hitch that was released on a single on Peel's Dandelion label. It was about hitchhiking and has the lines:

"Water does no more than get you soaking but people act as if they are going to drown, forget about the summer when the sun burns your skin, remember man lives not by bread alone..."

I thought I would share an experience I had getting back from Glastonbury Festival one year. It was a year when water was very much a problem although, as in Bridget's song, it did no more than get people soaking and no one drowned.

In 1998, I had a very bad hitchhiking experience which amazingly took me to the Junction 32 service station where I had had another disastrous experience in the past, but this time from the opposite direction.

I had been playing at Glastonbury Festival and had an encore for my set which was one of the most memorable performances I have ever given. It was also a very memorable year because it was one of the wettest on record and all the fields were flooded.

I had made an arrangement with a young guy called Oliver, who had driven me there but had gone back to Cardiff to collect his girlfriend, to meet me at 4pm on the Sunday afternoon by the Jazz Stage. I showed him where this was and at the time we agreed on this on Thursday afternoon the sun was out and there was a grassy field in front of the stage.

The rain started that night though and kept on raining so by Saturday evening the festival site was flooded badly. Of course by the time Sunday afternoon arrived what had been a field was now a lake of muddy water.

Not only that but roads into and out of the festival had become a chaos with traffic queues and people getting in and out of the site in very wet and muddy conditions. The whole situation had changed in the worst possible way since Oliver had left.

Nevertheless I arrived at our meeting point half an hour early and stood in the mud waiting. There was no sign of Oliver and I waited an hour and gave up.

What was I to do? I knew that all I could do now was to hitchhike back to Cardiff difficult as this was going to be. I was short of money too so went to see from friends from the Treespirit group, whom I had previously introduced Oliver too.

I said if he turns up to please tell him I couldn't wait any longer. I also managed to borrow a fiver. I said goodbye and headed for the exit road out of the site.

I made my way out through the roads blocked with muddy cars and muddy people. If you had been to Glastonbury 1998 you couldn't avoid the mud. Vehicles all had brown splatters across the metalwork and dirty hippies really were so because everyone had mud all over their clothes.

When I finally made it out onto the main road outside Worthy Farm festival fields there were hitchhikers lining the roadsides. I will never forget the two forlorn looking young women with a big placard that read: PLEASE RESCUE US!"

It was obvious I wasn't going to get a lift there so resigned myself to walking the nine miles from Pilton where the festival takes place to Glastonbury town. I walked about half the way and then got a lift that dropped me in Glastonbury at a garage.

I went into the garage shop to get some water and a bar of chocolate to keep me going. Some obvious festival-goers said they really enjoyed my performance, and for a moment I thought my luck was in. I thought, here are some new fans who just might have room for me and I asked them. Unfortunately for me they were making for Hastings in the opposite direction to what I needed.

I said goodbye and went back onto the road to see if I could get a lift and amazingly within minutes I did. A woman driver who was going to the Midlands said she could take me as far as Bristol, and having been through a horrendous experience there once before, I asked if she could drop me at a motorway junction before we got into Bristol.

When I got out I saw that there were other hitchers already waiting and two of them were NOT from the festival but smartly dressed young guys. Before taking my place at the end of the queue I asked them how long they had been stuck there. "Two hours," came their reply. Things did not bode well!

Ideal for getting a lift

So there I was thinking I hadn't much chance of a lift with other hitchers there before me and two well-dressed guys who had failed so far when a miracle happened. A mud-spattered car pulled in by where I was at the end of the line of hitchhikers and a girl got out.

"Well, we are going to Wales and need money to pay the toll on the Severn Bridge. If you can give us that we might just about have enough to get over it."

Of course I agreed and so we set off. It turned out they were going to Haverfordwest in West Wales a long way past Cardiff. At least that is where they were aiming for if the petrol they had lasted.

Finally we were on the outskirts of Cardiff and the driver said that they could drop me at the next junction. It was Junction 32.

Bearing in mind my terrible time getting stuck there before, I was pleading with them to please give me a lift just a few miles further on down the motorway to the next roundabout.

But the girl said:"Sorry, man, we would if we could but we need the petrol. I'm supposed to be in work tomorrow and who knows if we will make it or get stuck somewhere on the motorway."

There was no answer to that. I had to accept getting off at Junction 32 knowing I had virtually no hope of getting a lift from there, and to make things worse it was now dark. Just five miles or so away down the motorway was Culverhouse Cross roundabout which is only about 10 minutes walk from where I live.

I decided that I would risk walking the final stretch down the motorway and didn't care if the police stopped me. I set off carrying my bag, tent and guitar but as I wearily plodded onward I suddenly realised I had gone the wrong way. Instead of seeing a sign for Barry and Ely roundabout the next sign said Merthyr which is to the north of Cardiff.

This meant I was well off track and instead of making progress towards where I lived I had done the opposite. I wasn't go to go all the way back so I got off the motorway at the next turn off for Cardiff north. I had to walk another four miles or so and the ordeal got worse as I continued.

The stuff I was carrying bashed into my legs, my feet were blistered and I had to sit and take a break every now and then. I finally made it back to my house at 4 am in the morning and I was exhausted!

Oliver phoned me later that evening to say he was sorry but he had taken hours getting back into the Glastonbury Festival grounds and by the time he had done so I had gone.

I was there in 2005, didn't hitch hike but it was completely flooded. Had the time of my life to be honest! You bring back fond memories with this page. :)

The Dropouts - a new book I am writing

The Dropouts is an autobiography looking at what it was really like for many ... 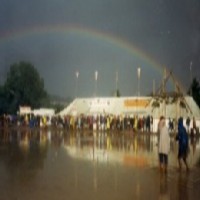 Wizzography for The Bard of Ely whose real name is Steve Andrews. Here you can find out more about him.
38%  1   5 BardofEly
Autobiographies 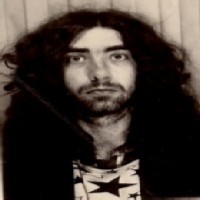 The Dropouts - a new book I am writing

The Dropouts is an autobiography looking at what it was really like for many people who listened to Timothy Leary and turned on, tuned in and dropped out.
Loading ...
Error!