CNNMoney.com has often included Grapevine, Texas on its listing of America's Best Places to Live. But the residents already know that.

Grapevine is a suburb of both Dallas and Fort Worth. Though our current home is in Austin, the capital of the state of Texas (we relocated because of employment), Grapevine is given consideration as a place we could spend our golden years, i.e. it's in our retirement planning goals.

Texas has a GO TEXAN Certified Retirement Community Program. Cities apply to participate and go through a rigorous approval process. If they pass the tests (safety standards, healthcare, etc.,), the Texas Department of Agriculture certifies that city as a great place for retirees. So far there are 45 cities with this type of designation. But keep an eye on Grapevine. The city is not in this program yet. But by the time my spouse and I retire, it might be. There's no reason why not! (My humble opinion.)

Here's some scant information about Grapevine. But it's enough to decide whether or not it's a great place to live and work, or retire. 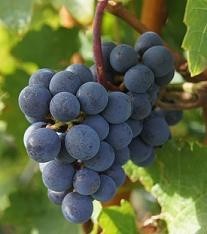 Grapevine is a lovely city/town which graces the map of the United States because General Sam Houston, fellow Republic of Texas Commissioners and leaders of 10 Indian nations were able to reach an agreement and signed a treaty of “peace, friendship, and commerce”, in 1843; and settlers were given permission to make their new homes there.

Grapevine's population grew in spurts, in 1960 at about 3,000 to 1990 at about 30,000 up to the year 2000, the population reached a little over 40,000. The opening of Dallas-Fort Worth International Airport in 1974 encouraged substantial development in the city and nearby towns.

In 2007, CNNMoney.com ranked Grapevine as one of “America's Best Places to Live“.

It's 2013 and current residents indicate that not much has changed within these past few years to make it any less of a desirable as a place to buy a home or invest in real estate. KEEP GRAPEVINE BEAUTIFUL is a non-profit organization and its primary goal is educate and encourage citizens to preserve the local natural environment and actively participate in in improving their community.

Below are some recommended links and brief information about a few attractions or events that might entice you to make  this city/town a place you would want to call home.

Grapevine, Texas is where the outlaws Bonnie and Clyde breathed their last; May 23, 1934.

1934, FBI files of famous cases: Bonnie Elizabeth Parker and Clyde Champion Barrow were ambushed by state police offers and killed in a hail of gunfire.

The city was named for its wild mustang grapes (Vitis Mustangensis) which are prevalent in the area. In recent years several wineries have opened in Grapevine. According to Jack B. Keller, Jr., wine maker and wine blogger: "They taste simply awful, but their wine is very respectable!"(winemaking.jackkeller.net)

Grapevine's GrapeFest is the largest wine festival in the Southwest US. It's a 4-day event where attendants can enjoy samples of award-winning wines, while listening to live music or participating in the other planned events.

Almost everyone has heard of the Grand Ole Opry located in Nashville, Tennessee, where many of America's famous country singers regularly perform. But what about the Grapevine Opry? But in 1987, Yellow Rose Productions, Inc. breathed new life into this theater and entertainers like Willie Nelson, the Judds, Jimmy Dean, LeAnn Rimes have all performed there.   Check it out!

How About a Murder Mystery and Dinner?

There's a Wild West Mystery Dinner Theater.  The Lone Star Murder Mysteries started in 2003 and this form of "who done it" western style comedy became instantly popular.  It's an inexpensive night out and people from the surrounding areas of Dallas/Fort Worth or other parts of North Texas combine the movie and dinner treat with other fun things to do in historical downtown Grapevine.  Visit the site and sign up for their mailing list.

Items for Your New Home in Grapevine?

When you retire or relocate :)

August 2013, Kiplinger published the a Top Ten List - 10 Least Tax-Friendly States for Retirees.  Just happy to report to that Texas is NOT on the list!

I've just pinned this to my "Things You Really Need to Know" board.

@WriterArtist - Love the peaceful country-style living with convenient nearby city-life.

I would love to retire and settle in such a place. Love the country life - it is already ringing bells. I wish we had places as Grapevine to retire - here in my country too.

I never heard about certified programs like GO TEXAN before. I wish we have something similar here... If not, maybe I'll move to Texas, when I retire!
;)

Places where the quality of life is good and cheap are harder to find. Thanks for telling us about Grapevine.

@EliasZanetti - Thanks for visiting. I'm sort of new to Wizzley and am happy to meet active writers in this community. By leaving a comment you introduce yourself to me. Much appreciated and nice to meet you.

Interesting place that I have never heard about before. Looks great and with a rich history.

Actually, the whole state of Texas is loaded with stories. I'm actually from Florida. When I moved to Texas I was surprised to learn that quite a few "Texans" came here from Florida. Thanks for visiting.

Fascinating! Grapevine does sound like a lovely place to live. 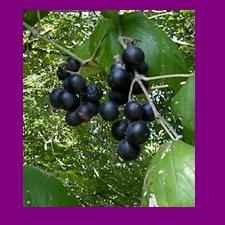