In 1812 the Brothers Grimm published a Children's and Household Tales, or as it's better known: Grimm's Fairy Tales. It remains one of the central works of Western culture.

Still Grimm after all these years

The Brothers Grimm, whose name is synonymous with children's tales, are the font from which so much of our folk stories flow. With the publication of Grimm's Fairy Tales, the brothers became a household name. Their most famous tales are instantly recognizeable: "Rumpelstiltskin", "Snow White", "Rapunzel", "Cinderella", "Hansel and Gretel", and "The Frog Prince."

Over time they've been reworked and recycled, adapted and adulterated - generally transformed in every conceivable way possible. In their original form they are a far cry from the watered down versions produced by Disney. They're far more violent and morbid and awesome.

History of The Brothers Grimm

Jacob and Wilhelm Grimm, who were born in Hanau Germany in the late 1700s, were brilliant scholars and linguists. Jacob was also a lawyer and has his own law (Grimm's Law) named after him. Though these two men are still recognized as founding fathers of German cultural and linguistic studies, they're remembered widely today for their codifying of European folk tales.

Many of these stories had been written down by French author Charles Perrault in the 1600s. He's considered the "Father" of the fairy tale; but it wasn't until the Grimms published them that they were read and enjoyed worldwide.

The differences in the original tales to Disney's sanitized versions is somewhat striking.

So if you're looking for something to read to the kids before bedtime, this might not be the best option. Perhaps when they're a bit older, or with the right parental 'editing' Grimm's Fairy Tales might work. Regardless, this collection is a timeless masterpiece, which will be loved by young and old alike.

If you're looking for a free version of the Brothers Grimm stories you can download them for free here in PDF for your iPad or as a Kindle file.

Or check out these great versions from Amazon: 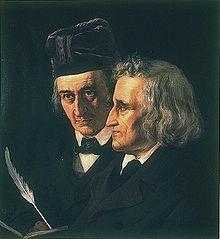