How does the The Adventures of Sherlock Holmes movie compare with the book?

The Adventures of Sherlock Holmes

A Game of Shadows is the newest installment in the Sherlock Holmes movie franchise, which is hitting theaters this holiday season. With all its fantastical special effects and - to be sure - brilliant acting, will it do justice to its source?

Perhaps the movie will fan the love for the Sherlock Holmes series into a widespread desire to read the original? The ebook is being downloaded online heavily - we can only hope that the flashy special effects and action of the film won’t detract from the brilliance and subtlety of Doyle’s original tales.

The Adventures of Sherlock Holmes, which was published by Arthur Conan Doyle as a series between 1891 and 1892, is a collection of twelve superb short stories featuring everybody’s favorite detective. Holmes, who is celebrated the world over for his preternatural intuition, his keen forensic skills, and his penchant for wearing disguises, is the hero of this collection, the first installment in a series of 56 stories which essentially launched the entire genre of detective fiction.

Some might argue that the first in a series is usually the better than its sequels - and they might be right in this case. So before you take the kids to see A Game of Shadows, why not enjoy the Great Detective in his pure and unadulterated form!

Stories from this collection include:

"A Scandal in Bohemia"

A masked man visits Holmes, resulting in a botched betrothal, a missing photograph, and some sweet Sherlock disguises.

A mysterious news ad calling all red-headed men leads Holmes on a chase - to an artificial knee company, and beyond!

"A Case of Identity"

A trust fund, a missing fiancee, another botched wedding - it’s no problem for Mr. Holmes.

A murdered landowner, blackmail, and some serious forensic work by our man Sherlock.

A “suicide,” mysterious locked trunks, and a strange letter with the initials “K.K.K.” arrive with 5 orange pips (those are orange seeds, fyi).

"The Man with the Twisted Lip"

An opium den, a missing hubby, and a dead hobo - no match for Holmes!

"The Adventure of the Blue Carbuncle"

A battered hat, a Christmas goose, and a blue carbuncle (aka, type of gem)... Sherlock can’t resist a case like this.

"The Adventure of the Speckled Band"

A dead sister and a haunted house with exotic pets - this one Doyle produced as a play.

"The Adventure of the Engineer's Thumb"

This is one in which Holmes doesn’t catch the bad guys - but has greed, kidnap, and crime all rolled into one! Oh, and a missing thumb of course.

"The Adventure of the Noble Bachelor"

A disappeared Lord, an Apache attack, and wedding dress floating in a river. It’s go time for Sherlock.

"The Adventure of the Beryl Coronet"

When a few crown jewels go missing, the suspect is obvious - or is it?

"The Adventure of the Copper Beeches"

A woman takes a position as a governess at the Copper Beeches, a manor with some very strange requests for a young woman.

Whether you like the film or not, you'll love the original short story collection - you'll never know which is better before you have all the evidence! Download a free version of Doyle's Adventures of Sherlock Holmes Book for your iPad, Kindle, or as an audiobook.

Or, for you old fashioned types who like to relax by a fire with a dusty tome, sipping scotch whist smoking a pipe - check out these editions of the world's most famous detective fiction, right here at Amazon:

In this book review, I discuss Donna Leon’s 17th detective novel, The Girl of...

Here you will find all the JD Robb books in order of publication and in chron... 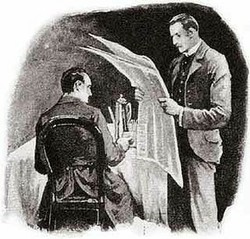 The Adventures and the Memoirs of Sherlock Holmes (Sterling Cl...
62%  7   6 ronpass
Detective 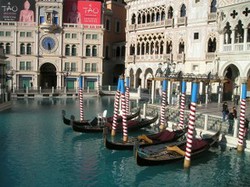 In this book review, I discuss Donna Leon’s 17th detective novel, The Girl of His Dreams. I look at what makes Leon a great crime writer and critique this intriguing book..
36%  2   3 marciag
Detective 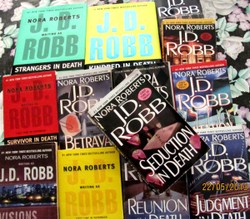 Here you will find all the JD Robb books in order of publication and in chronological order - all 49 of them currently published or in the works. Main stories and novellas included
Loading ...
Error!