The American music audience no longer insist that the harp is just for classical music thanks to breakthrough artists like jazz/gospel harpist Jeff Majors.

The harp is mentioned more often in the Bible than any other musical instrument.

The harp is an earthly instrument with a heavenly sound. It can soothe a troubled soul.

In Jewish history, it is written that when King Saul was tormented, he asked for someone to play the harp for him to calm his spirit. A young harpist named David was recommended. The lad was surely an extraordinarily talented musician because he was often summoned to play for the king to relieve his distress. When David grew up, he succeeded Saul as the second king of ancient Israel. Music continued to be an integral part of his life, and in addition to being an accomplished harpist, he also wrote psalms (songs).

Unfortunately, none of the harp music of King David was preserved, so we can only imagine what those hauntingly beautiful and caressing melodies may have sounded like.

Fortunately, Jeff Majors is a harpist with a great imagination!

Who is Jeff Majors?

Possibly the best in this generation!

Now a well-known and much appreciated African-American artist/composer/harpist, Jeff Majors followed his dream.Literally. He actually had a dream about playing the harp and decided he would learn.He was taught by the late Alice Coltrane (1937 -2007), jazz pianist and harpist, and the spouse of the legendary John Coltrane (1926 -1967).Once he mastered the instrument, he set out to share his musical gift with others.  At his official website, you can read about his journey: from forming jazz bands to hosting a radio ministry to reaching millions through his television program, “The Gospel of Music with Jeff Majors”.

Along with Alice Coltrane, Mr. Majors credits the late Dorothy Ashby (1930 -1986) with influencing his musical style.The ladies Ashby and Coltrane proved that the classical harp instrument could be easily and effortlessly integrated into jazz compositions.Through collaborative efforts with other artists, he has set to music some of the Psalms written by King David.Many of his admirers know him for his interpretation of Psalm 23, which he performed at the memorial service for Coretta Scott King.

Majors’ music is categorized as Jazz and Contemporary Gospel, and sometimes New Age.If you have not heard of this exceptionally talented musician, then it may come as a surprise to discover that his first album, “Sacred”, was released in 1998.That is correct.He and Hanifah have been around for over a decade.Hanifah is the name of his harp. ( A female given name: from an Arabic word meaning “true believer” .) In 2006, he was invited to perform on the Oprah Winfrey Show.You know what they say.When you make it to Oprah, for sure the world knows you now! You are officially on the map!

So did I learn about Jeff Majors watching Ms. O? No. It was a couple of years ago. I fell asleep one night and my husband stayed up watching the television. I started having a wonderful dream. I won't share my dream. It's private. But when I willed myself to wake up, I heard this gentle soothing melody floating through the air. Curiously I peeked to see what my husband was watching. Jeff Majors was on TV playing the harp. Lucky for me, my husband recorded the program on video tape so we can view it again and again and again.

After discovering Jeff Majors and doing research to learn more, there only two questions remaining that are unanswered.

You know it's a she!!!
Look at those gorgeous curves.

Music is always a nice gift!

@EmmaSRose - Thanks for your comments. You play the harp? Is there anything you don't do? :)

Seems like I used to hear more harp music in general, but not too much nowadays. Maybe because it's such a large instrument? It makes a lovely sound though.

Awesome! Thanks for commenting @katiem2

Oh the Harp is so divine indeed, I really enjoy classical music and once heard it played in a rock performance. The harp is a versatile instrument blending well and enhancing with any sound. 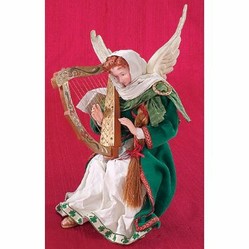 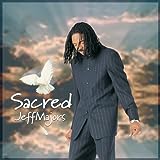