Looking for a romantic heart shaped gift for Valentine's Day, or just something small and cute with a heart on it? I found and made you some!

Cups, Stickers, Buttons, Cards, Pendants, Posters, historical background on the Heart Symbol and more. I added some musings on the meaning, usage and background of the heart symbol. Don't you think it's a strange symbol? It's in use for both romance and things like 'I Love NY', but where does it come from?

The symbol of the Heart (see above if you're confused) has a long history in European society, but it's unclear where it originates from precisely. The similarities to the human heart are, for instance, not very strong. Personally I like the idea that the heart shape derives from the silhouette of two swans courting.

Historians will note that in Europe and now all over the world, the heart shape was in use not just as a symbol of love, but also as simply one of the four suits in playing card decks. They will also note that it's an upside down version of coglioni - stylized male testicles - a symbol in use on suits of arms in Italy.

As a symbol for love it's of course usually either red or pink. Red stands for love and pink for infatuation perhaps?

Either way: gifts with hearts on them make great Valentine's Day gifts and are also useful for anniversary gifts, or when you want to get to the next step in a relationship.

To the right you see my own heart symbol design on a mug and as a pendant. Here's the full line.

My own heart design on key chains, stickers, mug and pendant

Hearts are an ubiquitous symbol

As the examples on this page show: heart symbol gifts are suitable for all occasions, even if their association with romantic love make them most loved when you really have something to say.

Don't you love that poster with the guy with the heart in his hand, just at the place of his (physical) heart? He somehow looks so vulnerable, which is perhaps the best way a guy can win your heart: by being vulnerable.

As a gift idea hearts are great for romantic love, but also when there's a new baby in the family or simply to show appreciation.

'I Love ...' Whatever it is, there's likely to be a t-shirt available somewhere with an 'I love ...' available.

It's a cliche, but it also means that hearts have grown beyond the romantic context into a universal symbol for liking something or someone a whole lot.

Personally I think the heart shape has something to do with the popularity of this symbol: sharp yet soft, isn't that just what love is? Come to think of it - parts of the human anatomy of both sexes seem to be present in this symbol. I do wonder what wikipedia would say to that suggestion...

For some reason there's a great variety of cards available that combine cute, funny and heart symbols. Perhaps we WANT love to be cute and fun, precisely because it is usually a lot more intense than that? Or is it that a really good relationship really IS fun too?

Somewhat related stuff by me on this site

Best iPad cases for teens - iPad Air, iPad Pro
Your teenager will love their iPad, but it does require extra protection to stay whole despite rarely being very careful with their stuff.

A couple's Guide to Sexual Addiction
My review of 'a step-by-step plan to rebuild trust & restore intimacy'.

Most Wanted Presents Christmas 2022
Gift suggestions of the most wanted presents by women, men and children.

Cool Christmas Gifts 2022
Suggestions for cool Christmas gifts instead of the boring and mundane to give to the people on your list this year.

Unique Christmas Gifts For Women 2022
A guide for men: Women's Gifts that are personal and a little romantic are always appreciated by your woman.

Love quotes and sayings: spiritual, romantic and religious
About LOVE in all its manifestations: spiritual love, friendship and of course romantic love, love as a source of creativity etc. Love quotes and links to more quotes on love...

Jewelry is the Best Valentines Gifts Ever
Nothing tops jewelry as a valentines gift, in my opinion, especially for women. don't you agree? Even if you don't wear a lot of jewelry, receiving jewelry says he is really taking the relationship seriously. Or does it?

Live Well, Love Much, Laugh Often - Love Quotes Gifts
Is there a saying that sums up the ideals of our time better than: "Live Well - Love Much - Laugh Often"? I don't think so. In practice it's easier said than done of course, but that doesn't mean the saying doesn't make an inspiring gift.

Spiritual & religious jewelry
Uplifting spiritual charms, religious bracelets, necklaces and pendants for you. They are Christian, Jewish, Buddhist, Hindu, Pagan and Muslim - I even ...

LOVE everything on this list! I'm getting my mom a chalkboard sign she's been wanting for forever.

I like your personalized heart design, a great way to add your own message and really make a gift uniquely from the heart.

Gift suggestions of the most wanted presents by women, men and children.

A guide for men: Women's Gifts that are personal and a little romantic are al... 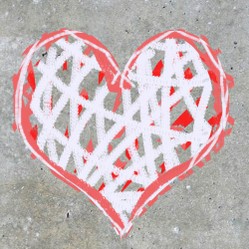 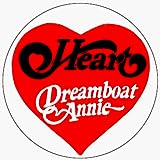 Gift suggestions of the most wanted presents by women, men and children.
20%  2   2 spirituality
Christmas Gifts for Mom 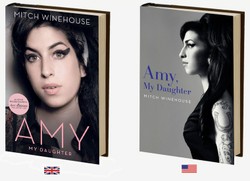 A guide for men: Women's Gifts that are personal and a little romantic are always appreciated by your woman.
Loading ...
Error!