This beautiful Castle was built by Gheorghe Grigore Cantacuzino a Conservative Romanian politician who twice served as the Prime Minister of Romania. 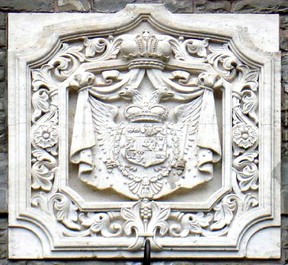 The Cantacuzino Castle of Busteni built by Prince Gheorghe Grigore Cantacuzino. He was born into the Romanian noble Cantacuzino family and was a descendant of Romanian voivods and Byzantine Emperors.

He was educated in Bucharest and Paris Universities, and he achieved his master degree in law.

He was a Conservative Romanian politician who twice served as the Prime Minister of Romania between 1899 and 1907.

After the Russian Revolution and the Soviet occupation of Romania after World War II, the remaining members of the family are liveing now in Western Europe and North America. 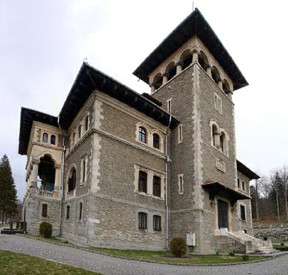 I present to you the Cantacuzino Castle of Busteni which now is a Museum. The Castle was designed by architect Gregory Cerchez  and built in a large Park owned by Prince Gheorghe Grigore Cantacuzino in Busteni (Valea Prahovei).

The castle is part of an architectural “neobrancovenesc” style, same as the Peles Palace Sinaia and the Cotroceni Palace in Bucharest. 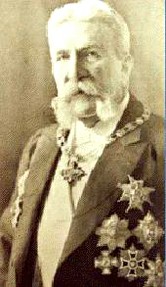 The interior decoration has Brancoveanu style components which consists of:

I give you a picture delight to proof my small description which can communicate visually with you better then I can do.

The first picture represent the Coat Of Arms of Cantacuzion family, carved stone you can find above the entrance door.

The second Picture represent the view of the Castle from the entrance in the Park.

The General View Of The Castle

A General View On Winter

The Entrance in Ball Room

The Gallery of Ancestors

The Coat of Arms of Ancestors

I hope you enjoy the History Jurney, the Romanien Architecture (Brancovenesc Style), and my pation for both.

Do you Wizzle? If you don't, I encorage you to try it, let's do it togheder.

Posts About My Heritage

Romanian Heritage Monasteries and Churches
The Romanian's Orthodox Monasteries and beautiful Churches created in 15th - 16th Century, are treasures as architectural style, and they have very special mural paintings.

Romanian Heritage Middle Age
I want to show you my native country Romania starting with Middle Age fortresses in old towns, a part of them are declared by UNESCO, World Heritage Sites.

What is UNESCO
It is an international effort on educating through science, culture and is functioning as a specialized agency under United Nations.

If you don't use this platform,

we cordially invite you to join us,

Do you think heritage counts?

The paintings and mosaics are exquisite! beautiful pictures.

Woww..this is one beautiful Castle inside out! Thank you for the wonderful virtual tour of it, the gallery of their ancestors looks extra cool..Nice work. :)

You are right, from the balcony you can look at a gorgeous park which is so nice, and well maintained, it really is relaxing. I am very happy that now it is a Museum which can be visited.
Thanks for stopping by

Wow...that balcony is something else. I could just sit there and stare at that thing all day. Architectural designs today can't even come close to comparing to structures of earlier days. This place is just gorgeous!

Oh, yes! How beautiful these photographs are...I love learning more about Eastern Europe and terasures we don't usually get to see int the United States. Thank you!

Thanks so much, I love Arts in general and Architecture is my favorite form of art, so all you appreciations make me happy.
Regards

What a gorgeous building and treasure of Romania.

What a beautiful castle. We have many castles here in Scotland, but the architectural style is much plainer. The Cantacuzino Castle looks very grand and ornate with those lovely painted ceilings.

Wow! I would love to go there.

Antoni Gaudi is the most famous Spanish architect. His buildings have persona... 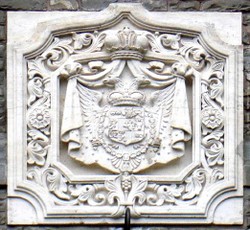 Revelations of the Byzantine World: The Painted Churches and M...
100%  22   12 Mira
Architecture

I love architecture, and I love books. So I've always thought about an ideal place for books. I've seen many great libraries but not so many dream bookstores. Here are my thoughts.
100%  22   16 Mladen
Architecture

Antoni Gaudi is the most famous Spanish architect. His buildings have personality, and his style remained unique and impossible even for modern architects.
Loading ...
Error!