Six weeks ago I was impressed with Steve Job resignation as Apple's SEO, he gave us a simple explanation... but I knew that must be an extreme reason to do it.

At the end of August 20011, Steve Jobs announced his resignation in simple words:

"I have always said if there ever came a day when I could no longer meet my duties and expectations as Apple's CEO, I would be the first to let you know. Unfortunately, that day has come."

I knew his love for his work, and I had a broken heart at that news as for sure only something extremely wrong could make him do it!
Today after a  big battle with cancer which started in 2004, a liver transplant in 2009, Steve Paul Jobs died at 56.

"...The world rarely sees someone who has had the profound impact Steve has had, the effects of which will be felt for many generations to come.
For those of us lucky enough to get to work with him, it’s been an insanely great honor. I will miss Steve immensely."

"Steve Jobs is the most successful CEO in the U.S. of the last 25 years. He uniquely combined an artists touch and an engineers vision to build an extraordinary company... one of the greatest American leaders in history."

Tom Cook is his replacement as Apple's CEO, but Steve spirit is there to stay in the company and in every soul he has touched through his work.
He always will be remember as a genius who make our life better, funnier, through Apple's products, and he definitely lived by example.

He was born on Feb. 24th 1955, Joanne Simpson was his mother, a student from Syria was his  father.  He was adopted by Cara and Paul Jobs, solid class working family with inportant values.

Steve was 11 years old when he got a summer job at Hewlett-Packard before he had finished high school. In 1972 Steve enrolled in Reed College in Portland, Oregon and dropped out after six months.

Steve started Apple with a friend, Steve Wozniak in a Silicon Valley garage in 1976. In 1987 he left the company and returned in 1997 to the rescue...
He was able to grow Apple into a powerful technology company with a market value evaluated at $351 billion.

Starting 2004 he endured a brutal fight with cancer; in 2009 he had a liver transplant. All the efforts to keep him alive were just temporary, after 7 years he lost the battle with cancer.

Steve is consider an inventor with around 200 patents. I list a couple of them:

So it realy was an incredible prolific inventor, visionary, an open mind, a typical thinker outside the box. I will miss his entuziasm, personality, and I hope Apple will stay as it is now, a company we can be proud.

Note: Please watch the video, I don't choose a technical one, I sellected a human being one. Gates and Jobs are talking about each other with such grace, it is the proof that  they are the greatest.

Interviw with Jobs and Gates

Death, a channel of God's reward,
Time returned to our Lord,
Clay remains for the grave,
Remembrance to the life He gave,
Soul within hath love serene,
Acceptance of His holy dream,
Believer in His love foretold,
Reaping Harvest of God's fold.

What I learned from Steve Jobs

I point out just a few values Steve Jobs had and inspire not just me, but everybody who was fortunate enough to know and follow him:

What I try to point out is that Steve was a great human being who remains as a positive example in business community.

Isn't this an Extraordinaty Life?

He had a life with ups and downs but the ups were really high, and downs never discourage him... yes it is a lot to learn from him.

Steve Jobs is a very impressive and interesting man. I feel there's a great deal we can learn from such a man. You've written a very nice tribute. Thanks

Yes Joy, he physically lost the battle, but he will be with us forever through his great work: the products he created, his teaching, and his enthusiasm for creating the best technology.
And by the way, in a 2010 meeting Steve told Pres. Obama that he must create a more friendly environment for business in general but especially for the small business...
I consider him being a visionary, a resourceful inventor, still a modest person, and a true friend for people in his entourage.

Great work! Reading Steve Jobs book now, so many lessons in there, such an open person with much to teach will always be a value to our society.

Clara, I agree, the impact Steve did in our life is huge, and we already miss him and his positive personality.
Thanks for stopping by

I'm typing this on my first Macbook thinking about what it means to create something so excellent it changes people's lives. He was truly a remarkable person.

Yes John, he was one of the greatest, he had a life with ups and downs, he never gave up... Apple I was for elite, hobbits, he perfected and Apple II was a great PC for masses, Lisa was a great computer, expensive for max production, he changes things around and the Mac, which was an improved Lisa, but affordable and so on... Above all he lived by example.
I learn a lot from him, and he will be miss by millions...
Thanks for stopping by

Steve was an incredible visionary genius and entrepreneur who impacted my life early on with an apple 11 & then a Mac. When everyone else said they were toys, I was doing fertilizer formulations and inventory lists on them at 1/5 the cost of an IBM system 32. I was on the Apple bandwagon and invested with them. One of the biggest financial mistakes I ever made in the mid 90s was selling my apple stock which I had bought @$20/share when (without Steve) it looked like apple would go down the tubes & there was no new meaningful new software being developed for the Mac. His insight and genius was always phenomenal and on the cutting edge and his impact will continue to advance with time. Hard to imagine why he was taken so soon, but the Lord moves in mysterious ways and we are not in the business of knowing why. I'm grateful for his life and his impact in my lifetime and may he RIP.

Thanks you, Steve is now on everybody's mind and any comment you make is more tribute for his great soul and accomplishments.
Jeanie thanks for the poem... it is graceful and appropriate for Steve's hard life.
Regards

Michey, I love the tribute! And that poem was my grandmother's favorite. Thank you for chosing it!

If your an apple video seeker, especially the old and missing (or just never ...

There are a number of compelling arguments both for and against making the switch from PC to Mac for us to consider. Are you thinking about switching from a PC to a Mac?
14%  0   2 Jerrico_Usher
Other Mac Info 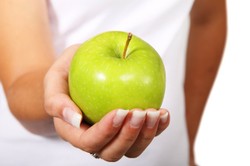 If your an apple video seeker, especially the old and missing (or just never publicly shown) ones, then you'll love this article.
Loading ...
Error!