How to Create the Perfect Protagonist

Your main character can make or break a novel. But how do you create one that is both appealing and realistic?

Second, let me add that each and every one of the 'rules' I'm about to list can be broken, and have been broken by some of the greatest authors who ever lived. So, as with all guides to creative writing, keep in mind there's room for flexibility.

A Protagonist Should Be Likeable

You want readers to feel empathy for your main character 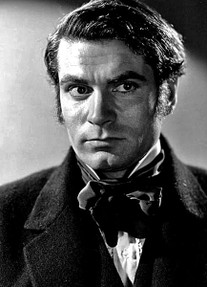 This is, of course, highly debatable, as is every one of the following points.

However, generally speaking, you want your readers to be on the protagonist's side. For that to be the case, it's helpful if he isn't a loathsome, amoral scumbag.

Typically, a likeable main character will be: a fairly decent human being (meaning well even if the results of their actions are less than perfect), smart/witty (although this isn't by any stretch a must), not too self-absorbed or whiny, and, in more general terms, the kind of person a reader might want to be friends with.

There are, obviously, countless writers who have broken the 'likeable protagonist' rule. One of the most famous examples is Emily Bronte, whose Wuthering Heights is littered with thoroughly dislikeable characters - and this was something critics of the novel pounced on.

So, a cast of rotten eggs can still make a great read. But, in most cases, if a protagonist doesn't gain a reader's empathy, it's tough to keep their interest, too.

A Protagonist Should Be Flawed 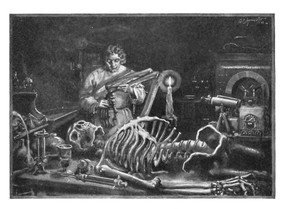 OK, so we've established that your main character needs to be essentially 'good', and now I might seem to be contradicting myself. Well, I am and I'm not.

Look at it this way, how do you feel about people in your life who are perfect? They never seem to do anything wrong, they're good at everything, and seem to have a boatload of luck. We hate these people, right? Same goes for fictional characters.

If you want a character to be likeable, he or she has to be flawed. How flawed do I mean? Well, that depends on your character and the circumstances you're thrusting her in to. But, think of some of your favorite characters and list their flaws.

Flaws are often pigeon-holed into one of three categories: minor, major or tragic. Minor flaws are surface imperfections, like Oedipus' club foot.

Major flaws, meanwhile, are larger problems that will cause significant hindrance. An example would be Heathcliff's infatuation with Cathy.

The tragic flaw, or as Aristotle dubbed it harmatia belongs to ...yes, you've guessed it, tragic heroes. It's the aforementioned indecisiveness of Hamlet, its the hubris of Oedipus or the jealousy of Othello - faults in a character that will, inevitably, lead to his downfall.

A Protagonist Should Stand Out From The Crowd

Every character should be an individual, but this is especially true of your main character

What you're aiming for when you create a protagonist is a character who is unique, not just among the other characters in your novel but also, hopefully, among fictional characters who have gone before.

It's great to draw inspiration from other writers, but make sure you're not creating characters that are carbon copies.

Your protagonist is an individual, and needs to be as different from the rest of the human race as you are.

A great way to build a fully rounded character

A Protagonist Needs To Be Consistent

And yet, he or she also needs to keep readers on their toes

Here is one of the rules that really can, and often should, be bent. It's far too sweeping a statement to say a protagonist needs to be consistent, because that implies that she can't change throughout the course of the novel - and, of course, she should.

BUT, if a character is too flighty, and fickle, and flaky, you've got a problem. There are some facets of a character that you really do need to stay true to. For instance, if you're writing a protagonist who is generally mild-mannered, you can't suddenly thrust him into a bar brawl...unless, you have a good reason for the sudden shift in his personality.

So, yes, a protagonist should be altered by their experiences through the course of a novel, but the essence of who they; what is at the very core of their personality, should remain consistent.

A Protagonist Should Be Active Rather Than Passive 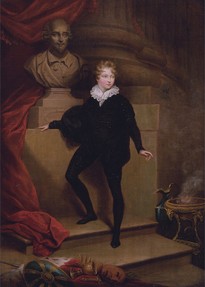 I am aware that I have already mentioned one very famous protagonist for whom this does not hold true.

And, you've got to admit, there are moments when you want to slap Hamlet round the face and tell him to just get the heck on with it. A completely passive, moping, over-analyzing protagonist has the capacity to really get on your nerves!

Now, as with most of the above pointers, this one may hinge on what kind of novel you're writing.

But, as a rule of thumb, you do want to keep your protagonist focused and moving toward whatever goal it is they're chasing. Naturally, there'll be distractions along the route - distractions are fine, but it's important to keep coming back to the crux of the story.

Remember, a protagonist who is 'doing' is much more interesting to read than one who is having things happen to her.

How to write a strong protagonist

A Protagonist Should Retain An Air Of Mystery

Some cards should be kept close to a main character's chest 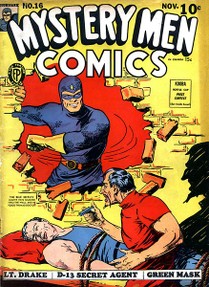 Even when you're writing in the first person, you don't want to put a protagonist's heart on her sleeve - at least not from the get-go.

Almost every interesting protagonist will have some intrigue surrounding them - Clarice Starling's childhood in The Silence of The Lambs; what did Jack Torrence do during those drunken rages in The Shining?; the death of Harry Potter's parents.

Some of a readers questions might be answered, while other things may stay perpetually and deliberately obscure.

The important thing to keep in mind is that an interest in what makes a protagonist tick ensures a continued interest in the protagonist, and consequently, in the novel itself.

Fiction Tips: How to Write Effective Exposition
Exposition is important, and can even be vital, to your short story, novel or play. However, if handled incorrectly or clumsily, it can verge on painful for your reader.

How to Write The First Line of a Novel
The first line of a piece of fiction is important, right? It hooks your readers and urges them to keep reading.

Writing Tips From Famous Writers
Writing is not a mechanical process, so there's no such thing as a how-to. But you might benefit from the advice of authors who have been there and done it.
Updated: 06/03/2014, WiseFool
Thank you! Would you like to post a comment now?
6

Keep in mind, just 'cause it didn't work, doesn't mean it's a failure. I'm sure you've got some valuable stuff in those 80 pages. But, of course, no one method is going to work for every person or every novel - figuring out the plot in its entirety first may well be the best way for you to go. Mapping the plot is something I've been meaning to write about - it's on my to-do list.

:-) I did write some 80 pages just taking the story places that came to mind. It didn't work. I feel now I have to work backwards. I need a strong plot first and foremost.
Good luck with your own writing! I can see why working on other novels must have sharpened your skills :-)
Look forward to reading your Helium articles as well!

Know the feeling! I've been honing my skills working on other people's brain children - and, so far, haven't been able to get any of my own work finished. Hopefully, this year, that's going to change. A big bonus about the route I've come is that my writing is much improved now compared with when I first started doing it for a living. So, in theory, once I am ready to publish something under my own name, it will be better than it would have been if I'd managed to do it two or three years ago.

Sometimes your own doubts really can be your worst enemy, I think. You can effectively talk yourself out of an idea. When you have the time, it might be good to simply start writing. Any problems in the plot may iron themselves out. If not, you can sit on it and come back to them. Often though, solutions seem much clearer when you're focusing on another part of the story, characters take on a life of their own and the plot can find its own way. That's been my experience anyway.

Both lack of time and figuring out the plot. I often think about the plot as I walk about town, and have so many doubts and question marks.
Have you published anything yet (as your own work)? I'd love to take a peek :-)

Thanks, Mira. I'm glad that you found this, and some of my other creative writing Wizzes, useful. Is it fleshing out the details that's stalling your own novel or just a lack of time? Lack of time is always a problem for me, but have determined to start making time for more of my own work - over the past year or so, I've been predominantly ghostwriting.

I enjoyed your article. I often forget that the main character should have a goal! How funny of me. I often enjoy the rides much more than the destinations ;-) Nice read! I do hope to figure out things eventually and get on with my novel.Your articles and wonderful reminders of things to pay attention to when devising a plot.

How to Turn an Idea Into a Fully Fledged Novel

Many of us will have ideas that seem to make a good premise for a story, but ... 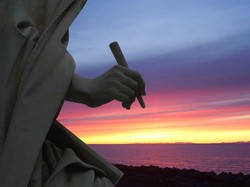 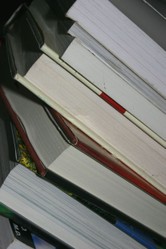 How to Turn an Idea Into a Fully Fledged Novel

Many of us will have ideas that seem to make a good premise for a story, but how do you take that spark of inspiration and create a full novel from it?
100%  14   16 WiseFool
Creative Writing 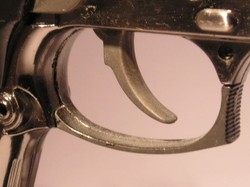 Do you want to write a novel or short story with suspense, action, intrigue and realistic drama?
Loading ...
Error!