Article about me and shamelessly advertising my maze book on Amazon

Hello, I'm Jeremy and my favorite thing to do is play video games. I am 26 years old and have 3 sisters, 1 older and two 10+ years younger. I guess in this article I will try to tell you a little bit about my life in general, and what are my goals and aspirations. I'm not sure what else to say in the intro besides that I have one best friend that I've been friends with since 4th grade, and many good friends and skype friends. I hope you enjoy my wizzography.

Me with long hair

My life up until now

I was born in Lancaster PA, and my parents moved us to Iowa when I was 4 years old.  I used to visit my grandparents' houses in the summers and Thanksgiving and Christmas, but we had to drive several hours to Indiana, or 17 hours to PA to get to them.  I guess we still visit them at least once or twice a year, but I just remember spending a week or so with them and my older sister without my parents there.

I've always been very interested in video games, ever since we started going to the Mennonite church where we live, and my sister and I made friends with the pastor's 2 kids.  We would go over to their house and play on their super nintendo, as well as other fun things, but mostly I just remember the video games.  Then it wasn't until 3rd or 4th grade when I got my own game system which was a hand held sega game gear.  Some friends from church gave my sister and I one for each of us for the plane trip to Pennsylvania for my baby sister's funeral, since she died 8 days after being born.  Suffice it to say that there were complications in birth and she didn't come out soon enough or something.  My second game system was a game boy color which I got for my birthday from my parents along with the pokemon red game.  I'm pretty sure my parents gave me very few video games as presents after that.  I also used to like to play a lot of computer games, and to this day, most of the video games I play are on the computer.

I've always been pretty smart, or at least adults have been telling me I'm smart all my life.  I was in the gifted and talented program starting in 3rd grade with the thing called beta.  It was there that I learned how to play a game called "Set" and since high school I've been so good at it that if more than one other person plays against me I tend to get more sets than all the other people combined.  I still play on the setgame.com site to try to keep up my skills, but I always fear that I will lose this talent, or I will meet someone who is better than me at it.  I learned about future problem solving in 5th grade, and did that through highschool, and made it to the state competitions about 3 times over those years.

In my junior year I started writing a ton of things about lots of subjects, especially this idea I had about a metaphor for knowledge.  Anyways, long story short, I was rejected by a girl which triggered me to go a little crazy and have a psychotic break.  I spent 2 1/2 weeks in the hospital and then was labeled with the diagnosis of "psychosis" as well as depression.  Since then I've been asked to leave a college twice because I went a little crazy after not taking my meds enough, and I attempted suicide once.  I spent another two weeks in the hospital before going to rehab where they re-diagnosed me with schizo-affective disorder and depression.  Since then I've been very good about taking my meds and am actually very normal and if you talked to me in real life you probably wouldn't notice I had schizo-affective disorder.

My life at the moment

Right now I am going to college online at Baker College for game software development.  I went to my grandpa's funeral on 9-12-13, and he was my first grandparent to die.  We spent 17 hours driving there and back, and about 34 hours there, about 16 of which was sleeping.  I just got my mazes published on create space on amazon, and here is a link to it if you want to buy it - My maze book.

So far I've been going to college for 2 years, and taking 8 classes a year(4 quarters 12 weeks each and each split into two 6 week class periods).  So if you've done the math, you will know that that means there are only 4 weeks off a year.  I guess now it's 2 weeks between the summer and fall quarters, and 2 weeks for christmas.  So far, I've gotten all A's and A-'s in my classes at Baker, so here's hoping I'll keep getting all A's.

Here's an Amazon Module for it.

My Maze Book on Amazon.

What do I see myself doing later on

Well, hopefully eventually I will end up making video games for a living.  I guess I also have my maze drawing and online money making options to fall back on.  I may have to get another type of job to support myself until I can start making good enough video games to sell.

I hope to get married eventually and have kids, but first I have to get a girlfriend.  Good luck to me I guess.:)

@JoHarrington Yeah, I used to talk about my grades at church during the sharing and prayer after my classes were over, but I stopped doing that, cause I decided if people really want to know they can ask me, lol.

@WordChazer Maybe I will, who knows, but I would really like to find someone who is also a Mennonite.:)

@Ember Yeah it's actually more of a picture book. It's all the mazes I've drawn or a lot of them since 1995 or so.

You need to find a me. I married your clone ;-) My husband sounds just like you... Do not give up with finding an available gamer geek girl; my husband didn't and he's 15 years older than you. We met online over 10 years ago, met in person 10 years ago next month and started dating straight away. 6 years ago, we were married. And, like you, he's clever enough. I wish you luck with your studies, hope they carry on as they have begun - promisingly.

Hi Jeremy, nice to meet you. Welcome to Wizzley. Looking forward to seeing what you write. I've not been here very long myself but it's been very enjoyable so far. I see you know Jo - she's the best!

I've known you for ages and I've only just found out half of that! Particularly I had no idea you were getting all of those As. You really need to learn how to boast a little more. I'd be bragging forever, if it was me! 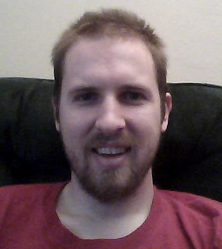