The post apocalyptic society series similar to "The Hunger Games", it is written by Veronica Roth, and just as good, in my opinion.

This trilogy is very good, almost as good as "The Maze Runner" trilogy, but if you know me, you might know I would be a little biased, since I draw mazes for a start. Anyways, this is another series that my sister got me into reading, and I'm glad she did. So, let me get you into reading this as well, and you will be glad you did.:)

A Little Bit From the Beginning Without Any Spoilers

So, this book is about a society which has been split into five factions.  These factions are Abnegation, Amity, Candor, Dauntless, and Erudite.  The main character is a 16 year old girl who has just reached the age where she has to take a test to decide which faction she will spend the rest of her life in.  Abnegation is where she starts, so you'll just have to read it and find out where she will end up.  A little bit more about the factions:

Abnegation is all about selflessness.  Each family has only one mirror in their houses and they keep it covered up most of the time, because they don't want to be vain by looking at themselves too much.  They also believe that making sacrifices for others is the ultimate show of love.  The Abnegation are the leaders of the government, since they will obviously not let their own desires get in the way of being fair and good leaders.

Candor is all about honesty.  They will always say exactly what they are thinking no matter how socially unacceptable it is.  I had to look in the wiki to find out what they actually do, but apparently they are the ones that are leaders in law.

Dauntless is all about bravery.  They are trained in fighting and weapons use, and are the police of the city.  They guard the borders and make sure people aren't breaking the law.

Erudite is all about knowledge.  They are scientists and researchers, and I think they also make the newspaper.  They are the ones that know all about the technology, and they are working on advancing on the technology that they already have.

One other group that people can be part of is the factionless.  They are the ones who failed the initiations to their factions, and they wander the city as homeless people who do all the jobs that are too menial for anyone else.

Here are the symbols and colors of all the factions.

Links to Amazon to buy.

Yeah, it's coming out March 14, 2014, so get going on reading the book.  Go, go, go, read it quick!:D  I am really hoping the movie is as good as the book, or at least stays pretty close to the book.  And, I really hope that they will continue to make the whole divergent trilogy.

A Pic From the Movie

This sounds really good. I know you've mentioned it before, but reading about it has really intrigued me.

Yeah, it's really good! I think I read the first book before I read the Maze Runner, and finished the second one during Christmas, and the third one just this past Sunday. They were definitely worth the read, and I am looking forward to the movie.

Ooh, I've never heard of this one but I'll have to check it out! :D

If you liked The Hunger Games and/or Divergent, then you'll definitely love t... 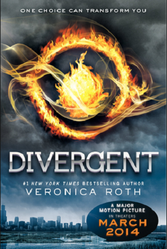 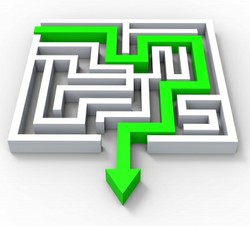 If you liked The Hunger Games and/or Divergent, then you'll definitely love this series, which is by James Dashner.
93%  15   8 JoHarrington
Fantasy

I was probably the only person left who had not read Suzanne Collins's amazing trilogy. Once I'd taken the plunge, I was riveted for days, until all three books were read.
Loading ...
Error!