This is an information page about the Kentucky Wildcats football program, including team history and recent record. It also includes UK football tickets information and links.

The Wildcats of The University of Kentucky are known for their winning basketball team, but they also have a very strong football program as well. Fans of Kentucky football are very loyal, and support their team. The school is a major university.

Fran Curci Era In 1976, the Wildcats claimed a share of the SEC championship after they won the Peach Bowl that year.
Jerry Claiborne Era Claiborne took the Wildcats to the 1983 Hall of Fame Bowl, and then returned the following year.

Bill Curry Era He took the Wildcats to the 1993 Peach Bowl.

Hal Mumme Era He led the Wildcats to the 1998 Outback Bowl and the 1999 Music City Bowl.

Guy Morriss Era Under Morriss the Wildcats finished with a 7–5 record in 2002 but did not play in postseason due to NCAA sanctions. The most significant event of that season came in a loss to LSU, called “The Bluegrass Miracle”.

Rich Brooks Era Brooks led the team out of the probationary years to an 8–5 regular season record in 2006, including a memorable upset over the defending SEC champion Georgia, ending a nine-game losing streak to the Bulldogs, and its first bowl game since 1999 and its first bowl game victory since 1984, as Kentucky beat Clemson 28–20 in the Music City Bowl. After the loss to South Carolina that year, Kentucky rebounded to defeat #1 LSU in a historic triple overtime game. He then took Kentucky to four consecutive bowl games, winning the first three.

Joker Phillips Era Phillips had a history with the Wildcats as a former wide receiver and long time assistant coach and associate head coach. In 2010, they broke a long standing losing streak to South Carolina Coach Steve Spurrier by beating the Gamecocks. In 2011, Kentucky snapped the longest losing streak to any one team by defeating the Tennessee Vols 10-7.

A Preview of What's To Come

The Future Of The Wildcats

As with any football team, the new season brings many changes. The coaching staff was expected to take a hit when Tee Martin left, but the addition of Pat Washington appears to have offset that prediction. Several players are standing out with great potential, including sophomore quarterback Maxwell Smith.

Where is Commonwealth Stadium?

There's More Out There

Clemson Football Tickets
The Clemson Tigers are a powerhouse program. If you like good football, check them out!

Football Tickets FSU
Florida State is another contender in the ACC conference. If you're a 'Nole fan, don't miss out! 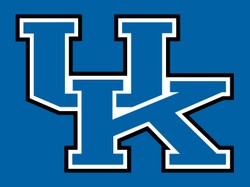 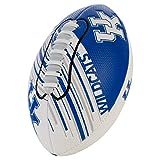