Knowing me knowing you but not the Abba hit

In the modern world with high security and bureaucracy everywhere establishing your identity can become a big problem crazy as this seems.

An identity crisis at the library

Bureaucracy can turn the simplest thing into a nightmare as I found out again the other day. I needed to get hold of some classical music for a project and it was suggested that I could easily borrow this from the central library. Sound's simple enough so far doesn't it?

But there was one snag because before I could take anything out on loan I had to be a member of the library. I didn't envisage any sort of problem there though so off I set.

When I reached my destination I told the girl at the counter what I wanted. "Do you live, work or study in Cardiff?" she asked. "All three," I replied.

"Right," she said, "you need one form of ID with a signature and two that show your name and address and then I can enroll you today."

Buy Knowing me knowing you by Abba

Knowing me, knowing you by Abba

Bard of Ely at the Welsh Club

Panic bells were starting to ring as I fumbled around in my pockets and shoulder bag. I brought out an NUS (National Union of Students) card with photo and signature, a student ID card, a Boots shopper's card, a cinema club card, a membership of Clwb Ifor Bach card and a Cardiff bus pass.

"I've got all these," I said, pleadingly, hoping that she would let me join after seeing all the overwhelming evidence that I was who I said I was and that I lived, worked and studied in Cardiff.

"I'm sorry," was the girl's response, "but, like I said, , you need your name and address on two forms of ID and none of these have that information. Haven't you got a driving licence?"

"I don't drive," I replied, feeling I was getting nowhere. "But look," I attempted, I'm in these books with my picture too." I delved into my bag and produced CJ Stone's Fierce Dancing and Lionel Fanthorpe's The World's Most Mysterious People.

"And Lionel Fanthorpe's a well-known Cardiff author, who presents Fortean TV and writes for The Echo," I added. Perhaps celebrity status would do the trick?

The girl wouldn't budge though. Rules were rules. "We'd accept an envelope or letter with your name and adress on," is all she could say. A fat lot of good, I thought. I get loads of mail but I don't usually carry it around with me.

"Perhaps you'd like to go on through and select the items you want and I can put them by so you can go home, get the ID and have them ready when you return?"

"No thanks," I replied. I couldn't see any point and so, annoyed and defeated, I left. It can be very difficult dealing with official rules and regulations and what gets me is how you are supposed to know in advance all the things you are required to provide.

The incident brought to mind a major bureaucratic problem I'd encountered many years ago when trying to help a friend. Mind you, the friend I'm thinking of tended to generate problems because of his behaviour. In fact his weird ways resulted in him being nicknamed Piss-off Pete.

Pete was a unique individual and a talented musician, but to all intents and purposes his life was a mess. I write in the past tense because I lost touch with him long ago after he was committed to a mental hospital and transferred to an institution in the Midlands.

Pete was a schizophrenic, 'acid casualty,' a demented David Bowie clone, who became increasingly strange and out of sync with everyone else. He used to say he was a "fragile ladytron from Sirius." He used to dress in drag and say he was Cleopatra.

That was when he was talking. Much of the time he would stay silent and only attempt to communicate with bizarre tapping motions on his head while making "tsssk, tsssk" noises. "Oohh," he might squeal. Or, in a camp and robotic way, occasionally he might make a statement like "meditate upon the sources of corruption," followed by more signals and sounds.

The Social Security had stopped his money and sent him a letter saying an appointment had been made and he came to ask me to help sort it out. So, off we trekked to "the Social," and after an incredibly long wait his name was called and we went to the counter.

Pete sat down and stared at the clerk. Pete was wearing a head scarf, make-up, glitzy but grubby top, and tight leggings tucked in his platform boots. The clerk looked surprised but attempted to get on with his official job in the best bureaucratic manner.

"You are Peter Alexander Pierce of Llandough Street, Cardiff?" he asked.

The counter assistant seemed baffled but tried: "I´ll repeat the question." And he did so.

Peter pointed to his head and with more short-circuiting noises thrown in for dramatic effect: "Stellar Intelligence," he answered.

The clerk looked lost. He obviously hadn't been trained in policies to cover dealing with "Sirian Ladytrons."

Thinking I could maybe help the situation, I entered the conversation (if you could call it that) and explained that my friend hadn't been eating properly because he hadn't had his money. The Social Security officer was glad to be speaking to someone he could understand even if I looked pretty outlandish myself in my tartan flares.

"What it is," he said. "Is we need to see proof of Peter's rent payments before we can continue his claim. So, perhaps you could bring his rent book in or post it in to us?" I foolishly agreed.

When we finally got back to Pete's place, after a long delay he he produced the rent-book but it hadn't been filled in for years.

Peter then scrawled in capital letters across the blank pages: "PSYCHOPATHS STOLE MY RENT SAVINGS."

There was no answer to that and I gave up and left. 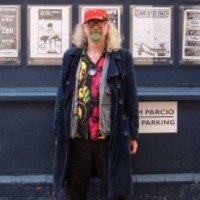 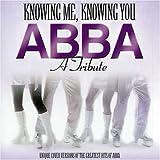 Wizzography for The Bard of Ely whose real name is Steve Andrews. Here you can find out more about him.
28%  2   3 BardofEly
Other Celebrities

C.J. Stone, or Christopher James Stone, to give him his full name is an author and journalist who has written for a number of well-known newspapers including The Guardian
15%  0   2 BardofEly
Books

C.J. Stone is an author several books, as well as being a journalist and freelance writer. He is probably most famous for his column Housing Benefit Hill that was in The Guardian.
Loading ...
Error!