Round fourteen of the Formula One racing championship takes place at the relatively new Korean International Circuit on Sunday 6 October 2013.

Sebastian Vettel and Red Bull seem to be running away with the drivers and constructors championships as the teams head for Yeongam and the Korean Grand Prix on Sunday 6 October 2013. This may be last grand prix at this new circuit for a while as it has been listed as provisional on the 2014 Formula One calendar.

The question now is not if but when Sebastian Vettel will clinch the drivers championship after winning three grands prix in a row. His next test will be the Korean Grand Prix on Sunday 6 October 2013.

Vettel’s win in Singapore last time out has increased his lead to 60 points over nearest rival Ferrari’s Fernando Alonso, who finished second in Singapore. The challenge form Lotus’ Kimi Räikkönen and Mercedes’ Lewis Hamilton has now faded despite third and fifth places, respectively, in Singapore.

The constructors title also looks in the bag for Red Bull with a lead of more than a hundred points with six races to go. It would have been more had Mark Webber’s car not broken down on the last lap. He was given a lift back to the pits after the race ended by Alonso, which the race officials deemed dangerous and thus Webber faces a ten-place grid penalty in Yeongam.

Now in its fourth year, this relatively new track is considered one of the most boring on the calendar. It is flat and the surface can be a little slippery, making the car set up difficult. The circuit layout is unusual with three long straights in a row at the start and then a twisty route back to the start-finish line. The final few bends are a bit like a street circuit and thus can be a bit risky with walls close to the racing line. Pirelli has opted for the medium and supersoft tyres.

There were groans from Formula One fans all over the world when the FIA announced that Pirelli would stay as the official tyre supplier for next season. But the good news is that 2015 is up for grabs with the FIA saying a tender process would be introduced. Pirelli has been heavily criticised this season for producing tyres that have not been up to the job, forcing it for recent races to bring in tyres based on last year’s design.

If, as expected, Nico Hulkenberg leaves Sauber at the end of the season for either Lotus or McLaren, Formula One racing could see the surprise return of Rubens Barrichello to fill the vacant Sauber seat. Sauber has already announced that young Russian Sergey Sirotkin will make his Formula One debut for them next season. That could see the loss of a seat for Esteban Gutierrez.

Steve: I hope Korea will break the string of boringly predictable races that we've seen lately. 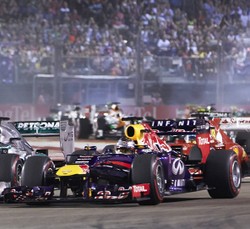 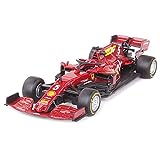