Lucite handbags were developed for the rich and famous, and they still appeal many decades later. Check out where to buy the famous Wilardy lucite bags and purses.

Lucite was a product of the then new petrochemical industry. This early plastic became the most fashionable thing out in the 1940's. Sixty years later there is still a lot of interest in lucite and the classic handbags of the era. Wllardy was one of the big names of the era which has never died, and now lives on in a thriving second hand market.

Developed by Dupoint, for use in airplane interiors during World War 2, Lucite lives on with a very different application. After the war was over the attractive plastic found a very new use - in high-end handbags. The unusual handbags were distinctive and interesting with the combination of a new fabric and innovative design.

Lucite handbags were initially aimed at the high-end market and seen on the arms of the well-heeled and movie stars. Later on cheaper versions were mass-produced for the mass market. The high end lucite purses have however become very collectable. Shapes were hard and geometrical and rnges from trapezoid, to square, kidney shaped and beehive. Colors are often strong white and black are popular but also bright yellow, pearl and metallic.

Wilardy of New York is the most collectable of all Lucite Handbags. Wilardy maufactured bags from 1948 through to 1967. A genuine Wilardy will have the name on a paper label, which can be lost, or on marked on the frame.

Other collectable lucite purses from the 1950's and 1960's include Llewllyn, Gilli Originals, Patricia of Miami, Rialto and Maxim. You should be able to find a stamp on the frame of the bag or a clear label to confirm the bags providence. Make sure you know you are buying an original and paying a collectors price for it. It is critical that you can authenticate a purse - otherwise it is definitly not worth a high price. If on the other hand you have a beautiful

Caring for a Vintage Lucite Handbag.

Maintaining your beautiful lucite handbag requires only a little work. A metal polish such as Simichrome Polish will keep the metal hardware in good condition. Novus Polish has a range of products to care for vintage lucite and other plastics. Novus #2 will remove minor scratchs and make your lucite purse with smooth, strokable surface. The final stage is to use Novus Plastic Polish #1 - the spray will give the 40 year old lucite a gleam just like new.

Be particularly when polishing a tortoise shell patterned bag. Use only a sparing amount of polish on these bags to avoid fading of their stunning color.

Repairing a lucite handbag can be difficult. Especially the cheaper bags can suffer from cracks and chips. Repairs can be made using glue but it is difficult to avoid fogging and smearing from the glue itself.

Lucite like all older plastics is sensitive to extreme heat. Extreme heat can warp and shrink a lucite handbag - leading to loose lids and fittings. Glues can also be weakened. Bags should be stored in a constant, preferably cool tempertarue. Try to keep the lucite bag out direct sun and preferably in a dark cupboard.

The classic Chanel handbag is one of the best fashion investments that any wo...

Looking for stylish handbags that are also unique? This guide will introduce ...

These messenger bags for school have a detachable flap so your student can ch... 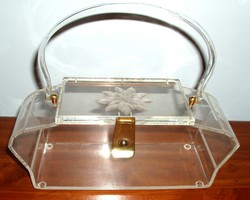 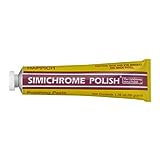 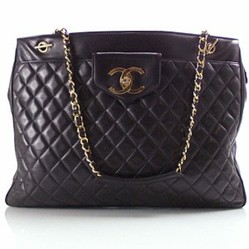 The classic Chanel handbag is one of the best fashion investments that any woman can make for their wardrobe.
13%  0   2 LNAngel
Vintage Purses 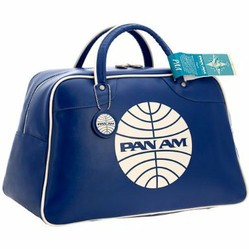 Looking for stylish handbags that are also unique? This guide will introduce you to the most popular bags of the season.
80%  10   7 wenkrick
Messenger Bags 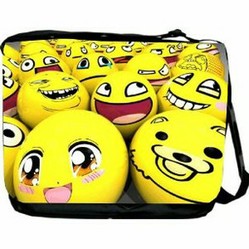 These messenger bags for school have a detachable flap so your student can change the design based on their mood.
Loading ...
Error!