In 1980 the US ice hockey team won the gold against all odds at the Olympics. This is a great inspirational movie for all the family.

Miracle is a movie produced by Disney which came out in 2004. Kurt Russell stars in it as the coach Herb Brooks. What makes this movie so great is that it is inspired by the true story of the 1980 US Olympic ice hockey team.

The greatest victory wasn't actually in the finals of the games, but in the semi-finals when they beat the Russian team. The Russians were the dominant team in the world for 16 years beating even the All-Star hockey team of the US before these games.

Kurt Russell does a great acting job portraying the coach of the Olympic team Herb Brooks. Herb is actually the impetus of this great triumph. His story is what makes this movie and story as compelling as it was.

Herb Brooks was on the 1960 US Olympic Ice Hockey team and was cut the day before the team left to the games. The team went on to win the gold without Herb. This affected him profusely and although he went on to become a great college coach, he always longed for the gold at the Olympics.

When the Olympic committee chose Herb to be the coach of the 1980 team, this was Herb's opportunity to redeem this loss he suffered 20 years before. In that time the Russian team had one every gold medal in the Olympics and dominated the world scene. With the back drop of the cold war, this rivalry meant more than just hockey.

Contrast this with the communistic Russians who had a team full of seasoned veterans. They were supposedly amateurs, but Russia treated it's hockey team more like a military unit that was important to national pride and prestige proving the merits of communism.

During the late 70's America was in a depression of sorts, with an oil embargo, the Iran Contra scandal and the moral of the  nation was at an all time low. The US Olympic hockey team had been embarrassed the previous years, and so most people including the US committee in charge of hiring Herb Brooks as head coach, didn't give them any chance at all against the Russians.

This sets the scene for the showdown, which was held in America at Lake Placid New York that year of 1980.

Why Miracle is Worth Watching

Miracle is a time piece for the US and the world in a transitional period. The fall of Russia wasn't too far away and the changing times in America were transforming this country into something far different than the 50's. A new generation was emerging and doubts of the nature of America were beginning to come into question with legitimacy.

Despite this pressure of social factors, the US team had a leader who had a focus that transcended the times and even the worlds' divisions. His focus and determination to win the gold and beat the Russians inspired the young group of amateur hockey players to reach the heights of their potential.

This movie shows us that with strong leadership and belief in the seemingly impossible, miracles can happen with a determined and focused effort. This story not only shocked the world's ice hockey fans, but the world itself, and gave America something to feel dignified about again. Herb Brooks got his gold medal, and in the process showed the world that America is a place where dreams come true once again.

If you like to answer questions and make money, then Webanswers is a great pl...

Author John Ramirez shares a compelling testimony of his conversion to Christ... 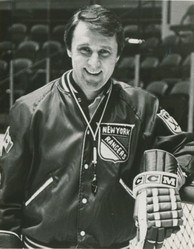 Movie Review: The Adventures of The Wilderness Family Trlogyon 05/12/2014
Ad 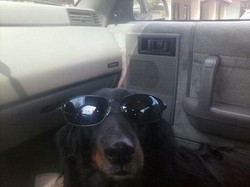 If you like to answer questions and make money, then Webanswers is a great place to be. Make money through Google Adsense, and it's easy to get started.
15%  0   2 Lowdown0
Non-Fiction 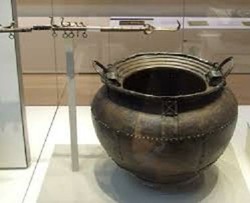 Author John Ramirez shares a compelling testimony of his conversion to Christianity. His story is amazing, miraculous and shows the power of Jesus to save the lost.
Loading ...
Error!