Synopsis: A successful New York City advertising executive is mistaken for a spy and later accused of murdering a member of the United Nations. He flees the city and, with the help of a mysterious woman he meets on a train, travels across the country while making every effort to avoid both the authorities and the men that are seeking to kill him.
Legendary filmmaker Alfred Hitchcock directed the movie. 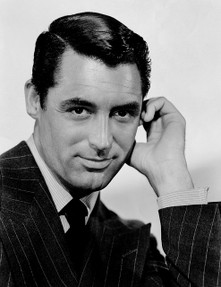 Even though I’m a huge Alfred Hitchcock fan, I had never actually taken the time to watch this particular movie of his and, up until this weekend, the only thing I really knew about it was through the various movie and television spoofs I’ve seen. I finally changed that earlier today while sorting through my daughter’s seemingly never ending pile of clothes and discovered I’ve been missing out all these years.

The thing that really impressed me about this film was it was all so random. Grant’s character was having a normal workday when he is kidnapped and nearly murdered. A short time later, he’s on the run because the authorities don’t believe the kidnapping story (they think he was just trying to get out of a drunk driving citation) and everyone in the United Nations conveniently turns around just as he’s pulling a knife out of a dead man’s back. That, alone, made this interesting to watch because he was just a common guy being placed in an uncommon situation. I was especially fascinated by the blonde he meets on the train out of New York (Saint) because, without her, there was absolutely no way he would have escaped but, at the same time, there was just a little too much mystery surrounding her. I kind of figured she had to be working for someone. Otherwise, why would she even bother to help him? But, who she was working for remained unclear until later in the movie.

Oh, and after watching the iconic scene involving Grant being chased down by a crop duster, I have to admit it was much more intense than I expected it to be. Again, up until this point, I had only seen it in movie spoofs. I was much more impressed than I thought would be once I finally saw the real deal (especially the way he ultimately ends up escaping).

As I said before, I’ve seen quite a few Hitchcock movies. And, after seeing this particular film, I can easily say it is one of his best. If you haven’t seen it before, I do recommend taking the time to watch it.

StevenHelmer, Thank you for product lines, pretty pictures and practical information.
The library system here has this film in its Blu-ray and DVD collections. So it's on my list of films to re-see (in this case) and see. It's understandable why that crop duster scene is so iconic, isn't it?

Wouldn't you have thought that a prequel, a remake or a sequel in color would have showed up by now? Who would you put in Cary Grant's role?

Thank you. I love Hitchcock films, but I don't think I've seen this either. And I love Cary Grant, so will make sure I do.