Review of these two movies centering on poverty and children in India.

What is it all about

Let’s explore the common features.  Both give the viewer unvarnished pictures of Indian poverty.  Furthermore, both focus on children and their remarkable resiliency for the majority of the story.   In addition, both films were made by British filmmakers in India, although Slumdog is more of a cooperative effort between the Brits and Indians.  Slightly depressing and deeply inspiring, these are films worth seeing, if you have not yet viewed them.

Slumdog was completed in 2008.  Its story occurs in the city of Mumbai (Bombay.)    Although it is not officially a Bollywood film, it contains many of the Bollywood elements such as melodrama, star-crossed lovers, and much good, pop music.  Slumdog is listed as R-rated comedy-drama, which is a good way to describe it, though I think that it comes close to fantasy, as well.  Many plot developments are left unexplained or poorly developed, asking the viewer to willingly abandon expectations of credulity.  Several newspaper reviews call Slumdog a feel-good movie and obviously the Academy thought so as well, but I will offer a caution..  The many instances of graphic ( sometimes gratuitous) violence in Slumdog surprised me and most definitely did not make me feel good.   Although there is a happy-ish ending, the movie does contain a lot of downer scenes at the beginning.

In contrast,  Born Into Brothels is a 2004 documentary, transpiring in Kolkata (Calcutta.)  It shows what transpired when two foreigner photo-journalists receive grant money to give cameras and photography lessons to about twelve children whose mothers worked in the oldest profession in the world.  The story continues with production of a fundraising calendar of the children’s shots.  However, not even this sort of divine intervention can change all the fates of the young photographers.  This movie excels and understandably won an Oscar in 2005 for Best Documentary.  Because it is a documentary,  its happy or less-than-happy endings for various characters are totally true.

These are both worthwhile films in their own right.  Additionally, I am glad both films contribute to American knowledge and respect and probably appreciation of things Indian.  Sometimes, persons in the U.S. focus on perceived negatives of the brother and sister humans who do not speak English or worship in Judeo-Christian establishments.  Both of these movies draw the viewer empathetically into the very difficult and courageous lives of the characters.  The films succeed in changing Indian people from “them” into “us.”  For that and all the quality features they possess, I commend them. 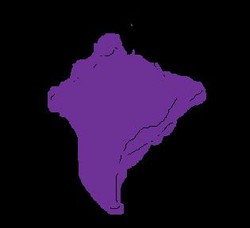