Dr. Kunze is the most successful librettist in the history of German musical theater. His musical workshop is based on his unique structure of a dramatic story...

A Giant Musical Author in Europe and Asia

Michael Kunze's musical workshop shall introduce his art to America

For almost two decades, not a day has gone by without a rousing performance of Michael Kunze's hit-musical ELISABETH in one of the great musical theater houses of Europe or Asia. The story of the legendary Austrian Empress and her adventures at the Viennese Court have fascinated audiences over and over, literally. Many fans report excitedly about their second and third viewings.

Similar records are broken by Dr. Kunze's second success - the musical REBECCA. Many of us have seen the great Hollywood-hit by Alfred Hitchcock, but this musical drama treatment opens much deeper gates to emotional "secret gardens". A Broadway production is currently in the works for a tentative early 2012 release.

The musical MOZART! has seen premieres across many European countries. However, its success in South Korea is unparalleled in the history if this nation.

Michael Kunze and composer Sylvester Levay are celebrated super-stars in Japan, due to unheard-of box office gross receipts for their musical MARIE ANTOINETTE.

DANCE OF THE VAMPIRES, by Michael Kunze and Roman Polanski, is number five in this series of European drama musicals. An unauthorized version saw a brief run on Broadway but flopped shortly thereafter. Dr. Kunze had withdrawn his name from a butchered production that simply didn't work anymore.

What is a Drama Musical?

What is Michael Kunze's musical workshop?

How to benefit from the experience of a successful musical author

Let's begin with a quick review of Michael's success statistics:

Michael Kunze credits his success to the unshakeable foundation of all his works...

The Structure Of A Dramatic Story

Every scene change, every song, set, lighting, choreography...everything that happens on stage has a very specific function...

How To Best Tell The Story

Of course, there is a method to this glorious madness, and Michael is now sharing his original method with the musical theater world through his new website:

The Structure of a Drama Musical

How to best tell the story...

REBECCA Musical On Broadway In 2012 (Cancelled!)
REBECCA, the European Hit Musical by Michael Kunze and Sylvester Levay, will have its Broadway premiere October 30, 2012. Update: The show has been cancelled!

Musical Author - Michael Kunze
Musical author Michael Kunze is the creator of the drama musical, a new genre of popular musical theatre now appearing on Broadway. Meet the man and his work on this page.
Updated: 08/10/2011, chefkeem
Thank you! Would you like to post a comment now?
4

We love to hear your comments and suggestions...

chefkeem, Thank you for the biography and product lines. Is there any chance that any of the Kunze musicals will be turned into films?

REBECCA, the European Hit Musical by Michael Kunze and Sylvester Levay, will ... 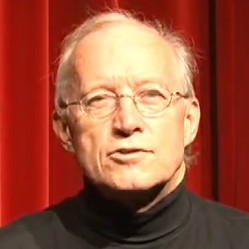 Watch the European hit-musical ELISABETH in videos with English subtitles. Read the amazing story of Elisabeth of Bavaria, Empress of Austria and Queen of Hungary.
74%  8   7 chefkeem
Drama Musicals

REBECCA, the European Hit Musical by Michael Kunze and Sylvester Levay, will have its Broadway premiere October 30, 2012. Update: The show has been cancelled!
Loading ...
Error!