My Wizzography or Confessions of a Cat Lady

Welcome to my Wizzography! This is where I get to tell you a little about myself and how I became a cat lady.

My name is Candy, I grew up in New Jersey and moved to Las Vegas in my early 30's. I lived in Las Vegas for 26 years and worked in a few casinos as a dealer and eventually in surveillance...you know, the 'eye in the sky'. Then in 2006 I returned to New Jersey (family issue) where I stayed until 2013 when I returned to the southwest. I didn't go back to Las Vegas because the population had grown too much for my liking, but a small town in Arizona was very appealing and it's only an hour to Las Vegas.

I've been writing online since 2009 which is when my sister told me about a website called eHow. A couple of years later that site made a lot of changes so I moved on to Squidoo until they sold out to another website. I chose not to make the transition to the new site, instead I joined Wizzley and I love it here!

All photos by Candy Dorsey

Birds of the Desert
So many different types of birds call the desert their home. I enjoy watching and photographing them...

Animals in the Yard
A glimpse of the Arizona desert wildlife and not so wild life, that I see from my back door.

Megacolon in Cats
Not just a simple case of constipation. My cat was diagnosed with 'megacolon' it's an enlarged colon and must be treated by a veterinarian.

From Baghdad, With Love
A Marine, the war in Baghdad, a puppy named Lava and the journey from Iraq to America.

A Few of My Favorite Things

I love them.  It doesn't matter what you put in a crock pot as long as it cooks all day, it comes out tender and tasty.  If you're not sure what to put in your crock pot, you can surely find something in a Slow-Cooker Cookbook.  To simplify the clean-up process...crock pot liners!

Having leather/suede soles is very important to me because they prevent sparks flying when I touch my cat or anything metal.  Rubber soles don't stop the sparks.

This is a picture of me in front of my house in Las Vegas, I lived in that house for 24 years. I'm smiling because my real estate agent told me I had to (she took the picture). I said “but I'm moving to New Jersey”, she said “smile anyway”!

Are Mermaids Real?
Mermaids: The New Evidence as seen on Animal Planet, is it a documentary or mockumentary...You be the judge.

Algonquin Round Table
The oldest operating hotel in New York City, The Algonquin was the meeting place for the famous 'Vicious Circle' of literary giants.

Living in the Arizona desert where some say is the middle of nowhere, I love sitting in my office writing articles, reading the news of the world and watching cute kitten videos. This is my office.

Joshua Tree Ostrich Ranch
I never expected to see an ostrich ranch in our little town...

It was 1994 and I was working in a casino on the Las Vegas Strip when a co-worker told me that she wanted to give me her cat. She said the cat belonged to her mother who had passed away recently. This co-worker said she lived with two roommates and pets were not allowed in the house, the cat was temporarily staying with her until she could find a home.

I told her I was not a cat person, I never had a cat in my life and suggested she offer the cat to someone else, perhaps one of the cat people that we worked with. She resisted that idea and continued asking me daily, insisting that she wanted me to have the cat, until I finally agreed.

So, she brought Angus to my house, which is when I learned that he was 14 years old! He was skinny, scared and sickly looking. We (Angus and I) went to the vet the next day. Surprisingly he was in good health overall, he just needed to put on some weight.

We became best buddies over the next two years which is when Angus became ill with kidney failure and crossed over the Rainbow Bridge. Here's Angus with his hula hoops at the age of 16!

The Cat Who Bit Me

After the loss of Angus I wanted to get another cat right away. There was a pet store going out of business and they were giving away all the animals, they had them in cages in the parking lot. I saw an adorable kitten and picked him up, he wiggled out of my arms, hissed and tried to bite me so I knew we were meant for each other.

Everything was going well until 2001 when a wounded stray kitten wandered up to the house. I fed her, took her to the vet and the next day Strawberry and I had a new roommate. He was not happy...at all.

In 2006 the three of us relocated from Las Vegas to New Jersey. It was an interesting plane ride indeed!

Two years later in 2008 Strawberry was diagnosed with cancer. It was a difficult decision but I had to let him go.

I still had Suzanna. She and I stayed in New Jersey until 2013 then relocated to Arizona. Three months after arriving in Arizona, Suzanna was diagnosed with cancer and crossed the Rainbow Bridge.

Showcase your photos and tell your stories on Wizzley! Sign up here.

No Eleanor, I don't have a cat anymore but I think it's time to get another one. House in Vegas was a townhome, the other garage belongs to the neighbor.

Candy, I really felt sad reading about your cats! How sad for you. Am I messing something? Do you have a cat now? Your office -- your deck overlooking mountains -- iI would be terrified to live in the desert -- I need to see skyscrappers! Your home in Las Vegas looks as if you had two DOUBLE garages??? Keep writing!

Nice to meet you too dustytoes!

I'm always amazed (not amazing! ha... I hate that one too) at the scenery out where you live. It's so different from New England where I am. But what a view you have! It's stunning. Nice to meet you and all your cats, past and present.

Thanks for the kind comment and the shares Nancy Hardin. Yes, I will get another kitty...soon.

Do you plan to have another kitty in your life? I know how it feels not to have a pet after having them for so long. My Sarah (pug dog) has been gone over a year, but I still miss her little warm presence. I like this Candy, and I'm sharing on Google+ and FB.

jptanabe, it's too hot for me too in the summertime! That's when I work outside early in the morning, before 10 a.m.

I would love to sit and work in your office - but I fear it would be too hot for me. Thanks for sharing about yourself and your cats!

happynutritionist, NJ has its nice areas but as you said it's too congested. Arizona is a beautiful place for me to be!

Oh how I love your office...I am in NJ, and married to a hubby who is from out west, thought we'd end up out there, but here we are! It's a pretty area though, woodsy and lakefront cabin. But I'd love to be in a less congested part of the country. 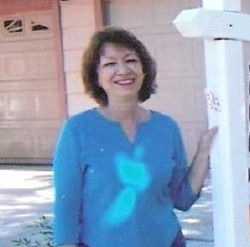