In the late 18th century the village of Newtown consisted of 14 cottages and 39 residents. Of these, only one was eligible to vote yet the borough sent two MPs to Westminster.

Anyone who is a fan of Blackadder, will remember the episode when Baldrick was elected to Parliament. His brief was to vote for the prince's party ensuring that Prince George received his royal allowance. Inevitably Baldrick got it wrong. Prince George could not quite grasp the concept of a Rotten Borough pondering instead on the existence of Robber Buttons.

Like all of the series, each episode was based on some historic event in English history. Until the Great Reform Act of 1832, the constituency of Dunny in the Wold was remarkably similar to Newtown in the Isle of Wight..

Newtown stands on the north-west coast of the Isle of Wight, a sleepy, marshy hamlet inhabited mainly by birds.  Today visitors go to walk along the solitary street and admire its unspoilt panorama.  Three centuries ago it helped to shape the Island's history. 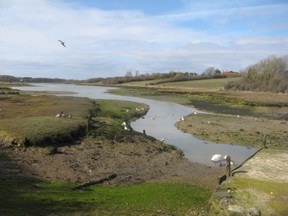 Its proximity to the mainland and with a safe anchorage, in the Middle Ages Newtown was a thriving harbour. In 1256 the Bishop of Winchester gave it  a charter. The Island was at that time  independent being in the possession of the wealthy de Redvers family. The last of the line, Isabella, having outlived her children was forced on her deathbed to hand her lucrative kingdom over to the new king Edward 1st and the Island was then officially part of England.

These were troubled times, however.  An almost permanent animosity with France had the Island on alert for signs of invasion.  There was the odd skirmish, plenty of false alarms and then in 1377 the worst happened.  A sizable French raiding party landed and virtually razed Newtown, along with Yarmouth and Newport.  Slowly the towns were rebuilt but by this time the estuary into Newtown was silting up and .Newport had become the anchorage of choice. 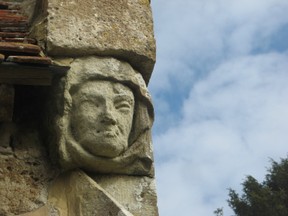 Following a spate of attacks, the landowners came to the conclusion that they would be better off living on their mainland estates.  With no one to carry out musters and keep the militia up to scratch  Queen Elizabeth sent a stern note that unless landlords returned to the Island their properties would be confiscated.  As a sweetener she granted the burgesses the right to send two men to Parliament. 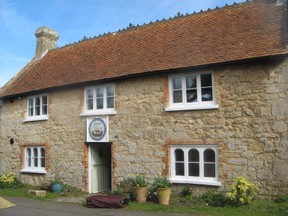 On Monday December 10 1792 the Hampshire Chronicle carried a report into the need for parliamentary reform.  In discussing Newtown it reported that it is a poor recayed place, containing only about ten cottages and of course very few inhabitants.  Those inhabitants were in fact tenants granted tenure on the unwritten understanding that when it came to an election, they would vote in the way that the landlords decreed. The names of the landowners of the time will be familiar to anyone who knows Island history.  The village in effect belonged to Sir Richard Worsley, Sir William Fitz-Barrington, John Urry esquire, the heirs of John Leigh Esquire, Maurice Bissett Esq the heir of Robert Pope Blachford Esq plus William Hill Esquire and William Harvey,' an husbandman'. An alliance of these gentlemen saw that their interests were protected. 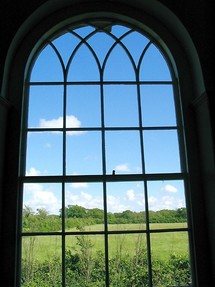 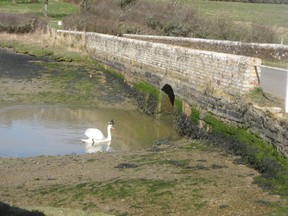 The burgesses bequeathed the right to vote to various relatives and occasionally sold the seat to an ambitious MP for a profit.

Among those sitting for the Island - some of whom may never have visited, were the Duke of Marlborough and Prime Minister George Canning.

The Reform Act became law in 1832 and thereafter, the Robber Button of Newtown reverted to being a sleepy, backwater, noticed only for its beauty.

Hi Jan, I don't know for sure it's Cockney slang. It just sounds like the kind of construction rhyming slang would make. Interesting what you say about yob. Nice articles :)

Mira, a robber button was something of a joke in the Blackadder series because dopey Prince George couldn't remember the name rotten borough. I didn't realize that it was a cockney term. I just discoveed that the word yob, used since the 18th century arose from the fashion of saying words backwards and became applied to ruffians. Thanks for reading the articles.Jan.

I'm confused about robber button. I thought it was Cockney for rotten borough. So what is it?

Well, what a todo! Another nice piece Jan Toms, full of interesting facts most of us are unaware of. Incidentally, not all of the readers and writers on Wizzley are from the UK and may have difficulty in placing the Isle of Wight geographically. Could you add a map? 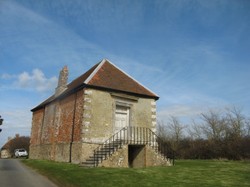