A good pagan calendar will contain the dates of the basic pagan holidays as a matter of course.

Paganism is a general term which is used by people of all kinds of alternative spiritual traditions who use pre-christian traditions (often shamanistic ones) as inspiration for their day to day lives. They too look for a large part of their spiritual inspiration to nature.

Paganism and Wicca both tend to look to the cycle of the moon (the lunar cycle) in their rituals, which is one of the reasons many of these calendars have information on the phase of the moon.

The term "pagan" is a Christian adaptation of the "gentile" of Judaism, and as such has a bias towards monotheism, and pejorative connotations among Western monotheists. For this reason, ethnologists avoid the term "paganism," with its uncertain and varied meanings, in referring to traditional or historic faiths, preferring more precise categories such as polytheism, shamanism, pantheism, or animism; however others criticize the use of these terms, claiming that these are only aspects that different faiths may share and do not denote the religions themselves.

Animism: belief in or respect for the spirits of animals.

Pantheism: belief in the Divine in Nature, instead of a God outside of creation.

Polytheism: belief in many gods.

Shamanism: spiritual tradition in which a direct connection with the Divine by a shaman is the central practice.

A good pagan calendar will contain the dates of the basic pagan holidays as a matter of course.

The most commonly celebrated Pagan Holidays are the solstices (Winter, Spring, Summer and Autumn). These coincide with the equinoxes of the same. Then there are Imbolc, Beltane, Lughnasadh and Samhain (better known as Halloween).

16 months September through December next year

The Celts perceived the presence of divine forces in all aspects of nature. Patterns of harmony and balance, or dark and light, winter and summer, female and male, are woven throughout Celtic tradition. Celtic knot designs patterned into mandalas.

This Celtic 16 month Academic Planner covers September through December the following year. It has a week across two pages, plus pages for addresses and notes. The weekly spreads have enough space to jot down several appointments per day and unlike many other planners, each day isn't a square, but a horizontal rectangle - which makes for easy writing.

Packed with an astounding array of content, it's no wonder Llewellyn's Witches' Calendar is the top-selling calendar of its kind. Get inspired by unique and provocative in-depth pagan articles.
Take advantage of astrological data and other practical information to plan wiccan rituals. And delight in each month's enchanting original artwork. This year's edition features features an essay, along with a spell or ritual on a wide range of fascinating topics: gems for the cat goddess, balance and self awareness, energy and positive movement, innovative uses of chives, the rewards of winter hibernation, garden magick, and more.

This calendar is stock full of astrological information to plan the year wisely. You'll find horoscopes, best days for planting and fishing, rewarding and challenging days, and travel forecasts by Bruce Scofield. There's also an astrology primer to help beginners use the vast amount of astrological data contained in this unique calendar.

This is a comprehensive and practical calendar, with original artwork by Stephanie Pui-Mun Law, the creator of the Shadowscapes Tarot. It is easy to see why Llewellyn's Astrological Calendar is the best-known and most trusted astrological calendar sold today.

From Cape Dorset comes Kinngait Studios which has created Inuit Art for generations. The Inuit are of course a native american tribe of Northern Canada and used to be known as Eskimo.
The art this studio produces has that clear style that pagan art often has. I love those lines and those colors.

In the world of fantasy art, Ciruelo Cabral's artwork is renowned. Known simply as Ciruelo, he is an accomplished painter with an international following. His artistic skills have brought the art of the dragon back into the limelight.
The dragons depicted here will fascinate fantasy enthusiasts for the entire year. This is a 16 month calendar that runs from September to December the upcoming year.

Celebrate each season of the Pagan year with rituals, recipes, and crafts. Discover new and unique ways to follow the Witches Wheel of the Year and enrich your spiritual life with this essential resource for celebrating the eight sacred Wiccan holidays. From seasonal crafts to time-honored customs, this handy almanac offers an abundance of meaningful ways to empower your own celebrations.

Your favorite Wiccan and Pagan authors offer rituals, Craft activities, history and lore, plus a variety of family-friendly ideas for discovering the gifts and lessons of each Sabbat and season.

Also featured are astrological influences to help you plan rituals.

Step inside a woodland world of Fae--and let your imagination wander through the hidden dimension of faeries as you keep track of important dates throughout the year.

Renowned fantasy artist Linda Ravenscroft has illustrated this gorgeous fairie-themed calendar. She has captured the whimsy and grace of nature spirits in their secret realm. Each month, you'll be enchanted and inspired by alluring nymphs, dancing pixies, and joyful sprites thriving in nature's beauty. Featuring beautiful original artwork, along with moon phases and major holidays.

Fairies, Pixies, Elves and Nature Spirits, Gnomes, Jinns and Leprechauns... Stories for kids and yet magical for adults too. On this page I've gathered calendars...

2023 Family Planners, Calendars and Desk Agendas for moms
As a busy at home mom a planner really comes in handy to organize my own life and that of my children.

Buddhist Calendar 2023
A selection of Buddhist calendars that are great for inspiration, motivation and organization in our daily lives.

Top spiritual and religious calendars and planners 2023
Recognizing that spirituality is what it's all about actually set me free. Peace, love and tolerance are the building blocks of spirituality. I've never been happier or more at pea
Updated: 04/28/2019, spirituality
Thank you! Would you like to post a comment now?
1

Recognizing that spirituality is what it's all about actually set me free. Pe...

A selection of Buddhist calendars that are great for inspiration, motivation ... 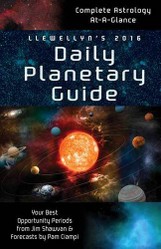 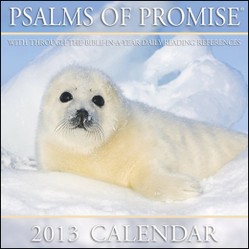 Recognizing that spirituality is what it's all about actually set me free. Peace, love and tolerance are the building blocks of spirituality. I've never been happier or more at pea
21%  2   2 spirituality
Buddhism 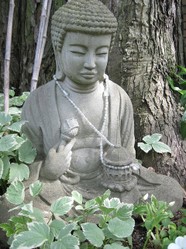 A selection of Buddhist calendars that are great for inspiration, motivation and organization in our daily lives.
Loading ...
Error!