Priscilla Hernandez and her fairy songs and fantasy artwork

Priscilla Hernandez is a gifted singer-songwriter, musician and fantasy artist from the Canary Islands but now based in Barcelona in Spain.

The magical music and art of Priscilla Hernandez
I met Priscilla Hernández, in the same way I met Lynn Carey Saylor - whom I have already written about - on the mp3.com original site several years back when it was a gathering place for independent bands and singers to showcase their music.
Priscilla's debut song that she had on her site there was entitled I Steal the Leaves and as soon as I heard it I became enchanted by her voice and impressed by her lyrics and topic. It is sung from the point of view of Mother Earth or the Goddess who has a cycle she follows that is displayed in the changing seasons - in autumn and winter she steals the leaves but brings them back in spring.

Priscilla and I struck up a friendship and at the time she was living in La Laguna, a city in Tenerife, an island that I started to learn about as we got to know each other. I decided I wanted to pay my friend a visit not knowing what a life-changing experience I was about to enjoy.
First of all I had to overcome my fear of going on a plane, something I had never done in my life. Priscilla told me I would enjoy seeing the sea of clouds from the plane's windows and that everything would be fine. She had a song on her site called Flying with the lyric "Dare to fly..." and so I did. And when I got to be on Tenerife I had not only conquered a major phobia but I fell so much in love with the island I knew it was where I wanted to live.
It all seemed so magical, not just the fact that I had been on my first journey by aeroplane but also all the new sights I saw in Tenerife. And this idea of magic fitted so well with Priscilla's image, her songs and her incredible artwork, which I was lucky enough to get to see up close. You see, Priscilla Hernández is not just a gifted singer and composer of songs but is a brilliant fantasy artist who does drawings and paintings of fairies and otherworldly characters. Many of her illustrations are for an idea she has had for many years of a comic entitled Yidneth - a tale of the good and bad forces that work in the world.

And fairies are something she has become identified with and is now getting booked to perform at faerie festivals and later this year will be making her first appearances in the US performing songs of the good and the bad fairies. Priscilla's songwriting and artwork is very much about the changing balance of dark and light, of yin and yang.
Priscilla likes to wear wings on stage and in photos and her music will certainly take you on flights into the world of the imagination. She used to suffer from sleep paralysis disorder and many of her ideas have come from her experiences in the fantastic realms between consciousness and the world of the unconscious mind.
Priscilla is often compared with Kate Bush and Tori Amos but these singers were not who she listened to or who had any influence on her style of writing. Priscilla says her influences as a vocalist were mainly Liz Fraser of the Cocteau Twins and Roland Orzabal of Tears For Fears. And her writing and artwork has been inspired by such people as Arthur Rackham, MR James, CS Lewis, JRR Tolkien and HP Lovecraft.

Away from the album Ancient Shadows

A song from the album by Priscilla Hernandez

Priscilla Hernández has created a unique synthesis from her background experiences and the artists, authors and singers who have inspired her, and she has stayed true to her own artistic vision. Priscilla has had several offers from labels, including major ones, who were interested in signing her but she turned them all down because they wanted her for her voice not her original work. So she has struck out on her own and managed eventually to form her own Yidneth label and release her debut CD album Ancient Shadows on it.
It is very much a concept album and not just a collection of songs. Ancient Shadows is a true work of art and comes with two booklets of lyrics and Priscilla's drawings. It is an album you will enjoy looking at as much as listening to the 19 original songs and music.
Although Priscilla's first language is Spanish, having been born on La Palma and brought up in the Canary Islands, she writes mostly in English, and with the skill of a true poet in her choice of words and phrasing. Only one song - Sueño Muerto (Dead Dream) - is in Spanish and an instrumental entitled Ahora que te has ido (Now that you have gone) is dedicated as a tribute to Priscilla's beloved dog Kira who died in 2003.
The album Ancient Shadows also contains a reworking of I Steal The Leaves but to get an idea of Priscilla's songwriting and performance skills please watch the videos I have chosen to accompany this article. Welcome to the enchanting world of Priscilla Hernández.
For more info: http://www.yidneth.com/
and: http://www.myspace.com/priscillahernandez

The call of the nymph (live) 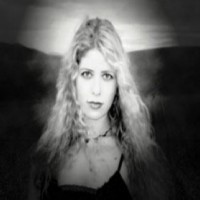 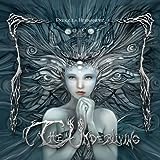 American singer-songwriter and guitarist Lynn Carey Saylor is a good friend of Brian May of Queen.
15%  0   2 BardofEly
Solo Singers