Reclining seats can be a problem

Many people believe that electrical devices can malfunction in their presence. There are many theories about why this happens.

A tale of broken bus seats and strange coincidence

I have a history of having problems with mechanical and electrical devices. Machinery has a tendency to malfunction around me and that makes me nervous of using many things.

My friend the author CJ Stone tells the tale in his book Last of the Hippies about how I once was having problems with a seat-belt in his car, and how I looked as if I hadn't a clue how to use it. He said I looked as if I didn't know whether to talk to it or pray to it. He said it was an good example of why he thinks I really am an "alien being" because they don't have such devices on my home-world.

Years back, when I was learning how to use computers, I had terrible problems with them that could be witnessed by other people and had no obvious explanation. I remember once I was using a PC in a college I was attending and it wasn't working as it should be.

There was a girl student sat next to me who saw the difficulties I was having, and she was able to tell the technician who came to have a look at it that she had seen it malfunction in front of me when I wasn't even touching it. He was unable to find anything actually wrong with the computer.

I have got used to such problems and often they resolve if and when I become comfortable with using a certain machine or electrical device. Fortunately for me, I no longer have problems with computers, well not unexplained ones where it appears that it is my energies that are causing the PC to go wrong.

Find out more about mysterious energies

Buy The Trials of Arthur (revised)

I once had a conversation with my good friend King Arthur Pendragon, the druid eco-warrior, and he thought it was all to do with some of us being natural wizards. Arthur thought that we put out mental commands to something like the keyboard of a computer of what we want and then when we use the physical keys as well it overwhelms the circuitry and it goes wrong. I could see the sense in his reasoning.

I recently had a friend called Jill staying as a guest at my place in Tenerife and I was showing her around the island. One day we decided to go to see Mt Teide and had to catch a Tenerife Titsa bus at the station in Puerto de la Cruz.

I had told Jill there might be a big queue so it was wise to get there early to make sure we got a seat. We were there well ahead of when the bus was due to go out and so that meant we were first on when the driver had indicated that passengers could now get on board.

I put my Bono bus ticket in the machine and told the driver my destination and Jill followed. I thought it would be a good idea to choose seats towards the front of the bus and I was going to take the aisle seat so my friend could see out through the side windows.

We were the first people on and so I had the choice of all the seats that were on the bus. I chose two and signalled for Jill to get in and then I sat down.

By then many other people had also got on and the bus was filling fast. I sat back and that was when I realised I had a problem because my seat went backwards into the space of the person behind me. They were reclining seats but mine was reclining too far.

I pulled it back and Jill, seeing my difficulty said to use the controls on the side to lock it in upright position. I tried but it wouldn't work.

This meant that I couldn't sit back for the entire journey, which was awkward. What were the chances of picking the only broken seat on the bus, Jill and I wondered?

Was it me that had somehow made the seat control malfunction? I had told her about how I have this type of problem at times.

Anyway, I made the best of it and spent most of the journey telling Jill what to look out for outside. I had to be careful not to lean backwards though. "Why me? " I was thinking!

We had a great day out and Jill was thrilled to see all the wonderful scenery up on Mt Teide and eventually we caught the bus back in the afternoon, and then another to get us back here.

It was Jill's last day because in the morning she would have to leave for the airport. I said I would go along to see her off.

The next day arrived and we went to the bus station to get the bus for the airport. Once again I had suggested we take the precaution of getting there early to make sure we got seats in case there were a lot of people wanting to travel on the same bus.

We got on as the first people on the bus and I chose a pair of seats and we sat down. It was then that I realised I had somehow done it again - I had chosen the only broken reclining seat on the bus.

This time I moved quickly into some seats behind and then Jill and me were able to watch what happened with the next person who took the seat I had vacated. He had exactly the same problem as me and the same problem I had had the day before.

Now it is remarkable enough that out of a long bus of empty seats I had chosen the only broken one on one bus, but for it to happen a second time the day after was just too much of a coincidence.

I believe that synchronicities in life are there as signs to tell us something but couldn't work out what on Earth this was supposed to mean.

Jill and I had been discussing the Law of Attraction, or The Secret as it is also widely known as, and the idea of "manifesting" things we desire. I most definitely didn't want to manifest two broken bus seats two days in a row on two different buses!

Druid leader and eco-warrior King Arthur Pendragon is campaigning to get the ... 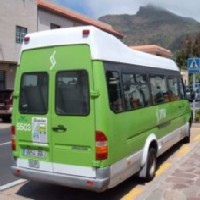 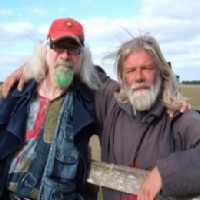 Druid leader and eco-warrior King Arthur Pendragon is campaigning to get the bones of the ancient dead returned to Stonehenge.
46%  6   4 BardofEly
Wizzographies