Drowning Does Not Look Like it Does in the Movies

Movie scenes have conditioned us to expect arms waving and yells. Parents have watched their children drowning a few feet away without realizing what was happening.

I was getting about one in five.

The Reddit thread contained a number of lifeguard rescue videos depicting real world drowning. Even now knowing what I was looking for, I was still surprised by the whistle. Most of the time, I didn't know which person was drowning until the lifeguard reached them.

I witnessed a father standing just a few feet from his drowning son. His expression only turned to one of desperate horror, when the lifeguard stopped at his own child.

I saw a group of friends all grinning at their peer as he drowned. The whistle sounded. They looked around in curiosity to see who ailed. Then back in shock as the lifeguard towed their own friend to safety. Any one of them could have reached out and touched him in the seconds before the rescue.

It was a wake up call that the reality of drowning is nothing like you think it's going to be.

Chinese Boy Laughs as he Films his Cousins Drowning

It wasn't callousness. He didn't know what he was witnessing. He thought their splashing was still part of the fun.

Drowning happens so fast. For most there isn't that prolonged period of panic, where arms wave and gulping people scream for help. Those are the scenes so beloved of Hollywood, but they don't describe drowning. Not really. That is the hallmark of Aquatic Distress instead.

Take for example the video below.  At what point do YOU think that the two girls began drowning?

Clue: By the time their highly amused cousin stops encouraging them to splash each other, they're already dead. But would you have realized the danger any sooner?

Did you think that drowning is a rare occurrence, which wouldn't happen at all if swimmers were supervised? Think again.

Drowning is the 3rd highest cause of accidental deaths world-wide.

Children under 4 years old are 14 times more likely to die in a swimming pool than in a road traffic accident.

Every day, ten people drown in the USA. Two of them are children aged 14 or younger.

~ Centers for Disease Control and Prevention

73% of American drowning deaths occur in a residential swimming pool.  88% of those involved children under five years old.

In nine out of every ten fatal drownings involving a child in the USA, a parent or carer was watching them at the time.

~ Centers for Disease Control and Prevention

For every ten children who die by drowning in the USA, another 140 are rushed to hospital for the treatment of injuries sustained in water. 36 of them require long-term hospital treatment and may never recover.

19% of all fatal drownings occur in public pools with certified lifeguards in attendance.

Most drowned victims had been missing for less than five minutes when their bodies were discovered.

In this real life rescue at a US wave pool, the parent is right alongside his child. See if you can spot the person in distress before the lifeguard reaches them.

This is how drowning people act in reality. It's an instinctive reaction which cannot be over-ridden by pure will.

This trained lifeguard was too far away to help, but he did record the drowning victim AND the rescue so that others might know what to see.

How to Save Somebody Who is Drowning

So now you know how to recognize drowning, but what should you do next? Those who dive in to rescue the individual could be killing themselves.

Somebody who is drowning will instinctively grab anyone and anything in an attempt to lever themselves out of the water. With a strength born of panic, that means that even a child could push a full grown adult underwater and hold them there.

Be very careful before placing yourself within reach of a drowning person. Never, ever approach them from the front.

Here are the steps to saving a drowning person, in order of preference:

What Does a Drowning Look Like & How do we Help?

Statistics show that fewer people drown in swimming pools that are fenced off. The reason? Kids aren't wandering into them unsupervised.

The most at risk group for drowning are the under fives (closely followed by adolescents). Give your pre-schoolers a heads up on how to avoid danger in water.

When 78% of all US drownings occur in someone's back yard, then you need to stop your people becoming a statistic. Outfit your pool properly.

First Aid: Would you Know What to Do?
A medical emergency could happen at any moment. The question is whether you have the knowledge to save lives. We should all have that.

How to Do the Kiss of Life
They are unconscious, not breathing and without a pulse. Would you know how to perform CPR? A qualified First Aider demonstrates.

Talk to your Family About Organ Donation
It's a morbid subject, which no-one really wants to discuss much. But it's a question which will gain vital importance after your death.

Is Your Home Safe for a Deaf Person?
Alarms in your house warn of anything from a fire to a burglary. But what if the only person there is hearing impaired?
Updated: 08/15/2014, JoHarrington
Thank you! Would you like to post a comment now?
3

This all scared the life out of me, because even with all of the information, I'm not 100% convinced I could recognize drowning still.

I was just sharing what I learned about this with my mom the other day, and it reminded me to send it to my SIL, especially because we're about to have a pool party tomorrow and Friday.

Telesto - That prop to give a drowning person to grab isn't something that would ever have occurred to me. Until I read the Reddit thread, then researched further to write this, I would have done it all wrong.

For a start, I wouldn't have recognized that someone was drowning, and if I did, I would have jumped straight in there, approached from the front and attempted to save them that way. Which means that I would have run a high risk of drowning too.

Liz - That was my aim. It shook me to the core when I read that Reddit thread and realised that I would miss someone drowning. While watching those videos - now in full knowledge of what drowning really looks like - most of the time I couldn't identify the person in distress until the lifeguard reached then.

I'm grateful to the Redditor who raised my awareness, and this is my way of passing that information on.

Good advice to give the person something to grab onto. I can't watch the videos where I am at the moment, and am rather pleased I can't.

What an important page. There are so many wrong ideas that people have about drowning. By this page you will almost certainly have saved some lives.

Me too now. Which is what scared me enough to write this article!

Good information on recognizing drowning. As for the Chinese boy, I have read many stories like that.

Ouch! Yes, that was choking. It looks like it was far enough down that swallowing worked better for you. Most people choking go through the coughing part first. She needed to smack you on the back.

Oh well I will say I'm not certain how typical my experience was, it most certainly wasn't a case of something getting lodged in my throat and blocking anything...and I'm still not sure exactly what happened. Had a rep in who wanted me to try their new cough drops/bring them into my store. So she had me try one, and she asked me to bite into it, because the center had honey and pine pollen. So she went on talking to me about other products. When I swallowed, apparently one piece was like a shard of glass and stabbed me and got stuck....somewhere in my throat. I still haven't figured out what happened, but if I had to guess it was stuck right between my esophagus and my wind pipe. I didn't cough at all. I felt it stab me and it caused more of a swallowing response, but I couldn't stop and I couldn't breathe between them either. Maybe it just belongs in the category of random, really unlucky, freak accident. I was perfectly calm too, apart from when I was like "ow" from being stabbed by candy shards. It was literally the size of a grain of rice or smaller. I reached a moment where I realized oh I'm chocking. And I wanted to cough but I wasn't breathing and couldn't so I couldn't cough. I have to tell you it is the weirdest feeling to need to cough and physically not be able to, I did almost throw up. I had a bottle of water on my desk right in front of me and I eventually attempted to drink some. That's when the rep noticed me, but at that point it was entirely obvious something was wrong, my eyes were watering badly, and I probably had a look on my face. After I drank some water I finally did start coughing, which eventually did dislodge the tiny evil piece of candy, and also made me throw up XD Today my throat feels like I swallowed glass. 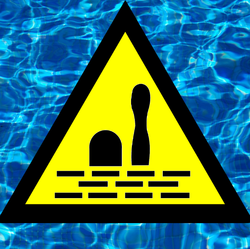 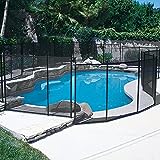 A medical emergency could happen at any moment. The question is whether you have the knowledge to save lives. We should all have that.
95%  20   8 JoHarrington
Emergency Preparedness