Review of Cole's Cheese Sticks with a Twist

I purchased a box of these last night to go with the pizza we were making. Read to find out what I thought of them.

Product Description: Pre-packaged and frozen "twisted" mozzarella cheese sticks from the Cole's brand. The cheese sticks can be prepared in the oven or microwave either as a snack or a side dish. I purchased a box of these for $2.85 yesterday afternoon and prepared them in our toaster oven as part of our dinner last night.

My youngest daughter wanted to have pizza and watch a family movie last night so, on my way home from work, I picked up a couple frozen pizzas for dinner. Since I knew my wife would want something to go with them and I was in the freezer section anyway, I picked up a box of these cheese sticks as a side dish.

My primary reason for this purchase was the price. The cheese sticks were only $2.85, which was less expensive than the other options I saw. And, since I knew it would be something everyone in my family would eat, I figured it was worth the money. As it turns out, these ended up being a pretty good purchase.

While my wife was preparing the pizza on our pizza oven, I used our toaster oven to make these cheese sticks, following the directions on the box (this, in itself, was something I appreciated since most products like this don't include toaster oven instructions). It didn't take long to cook them and they came out of the oven the way I hoped they would, a little crispy but still soft enough for the kids to enjoy.

The cheese sticks also had a good blend of seasonings on them, enough to give the breading some added flavor without it being too much. As a result, they were definitely better than some other, similar, products I've tried.

Another thing I liked about this product was the quantity of cheese inside the cheese sticks. A lot of other brands, especially the less expensive ones, tend to skimp on that. That was not the case with these cheese sticks. There was plenty of mozzarella inside of them.

In fact, my only real complaint about these is the quantity. There were only five in the box. Yes, they were bigger. But, because of that, we were each only able to have one and the girls had to split the last one. The easy fix to this, of course, is buying a second box. But, I would love it if they decided to sell this in a larger quantity.

This was a good product at a reasonable price. The cheese sticks had a good flavor to them and were a great pizza complement. I would recommend trying them if you get a chance. Just be prepared to buy more than one box.

I believe I paid $2.85 for them, which is the regular price.

StevenHelmer, What is the regular price? The Cole's site currently has a coupon that takes one dollar off on the purchase of any two of their products!

I purchased this pizza the other day when I found it on sale. Read to find ou... 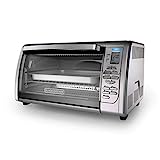 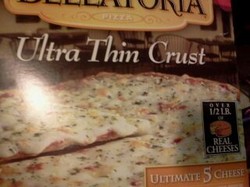 I purchased this pizza the other day when I found it on sale. Read to find out what I thought of it.
55%  3   7 StevenHelmer
Other Food & Cooking