I purchased this a few days ago to go with dinner. Read to find out if it was worth my money.

Product Description: Bagged mix of fresh cauliflower, carrots and broccoli from the Eat Smart brand. The vegetables can be steamed right in the bag using your microwave oven. I purchased this product a few days ago for $1.50 while shopping at one of our local grocery stores. I ended up making the vegetables as a side dish that night.

My wife wanted us to make more of an effort to eat fresh fruits and vegetables (sort of a pseudo detox diet) and, since I really have no complaints about doing that, I have been trying to do my part whenever I go grocery shopping.

This was the case a few days ago when I was looking for a side dish to go with some pork ribs I was making for dinner and, while in the produce section of one of our local grocery stores, saw the Eat Smart products were on sale for just $1.50 each. I ended up picking out their Vegetable Medley and, overall, thought it was a good purchase.

One of the things that attracted to me to this product, other than the price, was the fact I could make the vegetables right in the bag. I see that all the time in the freezer section. But, there aren't many out there that offer that with fresh vegetables.

I took advantage of this when I made the vegetables and thought it worked wonderfully. All I had to do was puncture the bag and cook the vegetables in the microwave. It was easy and convenient. Plus, the vegetables turned out exactly as I was hoping they would. They were cooked but still crispy. And, that's not something I can typically say about frozen vegetables.

As far as taste goes, they were what I was expecting. I won't say the fresh vegetable tasted any better than their frozen counterparts. But, it didn't hurt. And, again, the crispy texture did make them better.

I was also impressed with how filling the medley was. The bag was a bit small and, for a while, I wondered if I should have purchased two of them. However, the vegetables proved to be more than enough, at least as a side dish. In fact, I probably would recommend them as a light lunch as a result of that.

This was a nice, fresh and affordable side dish option that we truly enjoyed. I have already been to the produce section picking out other varieties of the Eat Smart brand and would recommend looking for this product at your grocery store.

I decided to purchase one of these yesterday and had it for lunch today. Read... 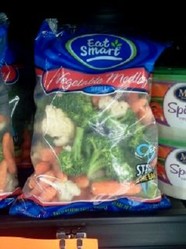 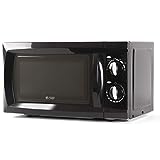 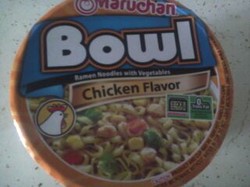 I decided to purchase one of these yesterday and had it for lunch today. Read to find out what I thought of it.
79%  2   14 StevenHelmer
Other Food & Cooking