I purchased this pizza for dinner last night. Read to find out if it was worth my money.

Product Description: Frozen, thin crust, sausage and mushroom pizza from the Emil's brand. I purchased this frozen pizza at one or our local grocery stores while doing some other shopping yesterday morning for $4.44. I ended up making this pizza last night, as part of a dinner-for-two for my wife and me.

My youngest daughter had dance practice yesterday evening so, as I usually do on Thursdays, I decided to have pizza for dinner. Since I had to stop at the grocery store for a couple other things, I checked out the freezer section in search of an affordable frozen pizza choice. Since the Emil's Main Street Original pizzas were on sale for $4.44 each, I decided to grab the sausage & mushroom variety.

As planned, I prepared this last night on our pizza oven as a dinner for my wife and me (my daughters shared a cheese pizza from a different brand). While I didn't think it was terrible, I also have a hard time justifying buying this pizza at normal price.

As I said before, the pizza wasn't all that bad. But, at the same time, I also didn't think there was anything overly special about it.

For example, it had a decent amount of toppings. But, it wasn't a quantity that really impressed me, especially since the quantity of cheese was actually lacking a bit compared to some other brands. And, while it had a good flavor, there was nothing about the seasonings (both in the sausage and the sauce) that stood out.

In other words, the best way I can describe this pizza is it was just OK. It was more expensive than several other similar brands but there was nothing about it to justify the price. So, since I still spent more money on it, even at the sale price, I did find I was a little disappointed overall.

There wasn't anything about this pizza that I didn't like. I just didn't notice anything about it that was significantly different than plenty of other frozen pizza brands. If you can find it on sale for a really good price, it might be worth trying. But, if it's considerably more expensive than your other choices, I would go with one of those instead.

StevenHelmer, Thank you for practical information, pretty pictures and product lines.
It's helpful to be aware of brands that are acceptable when they're on sale. It's surprising that the toppings didn't suffer but that the cheese amount did.

Is it possible that this is a one-off with Emil's? I always wonder in a situation like this, when the problem isn't the usual one of toppings quantity.

My wife and I purchased this at Costco for a little less than $10. Read to fi...

I purchased a couple of these at the store yesterday. Read to find out what I...

My wife and I purchased this at Costco for a little less than $10. Read to find out what I thought of it.
30%  1   4 StevenHelmer
Other Food & Cooking 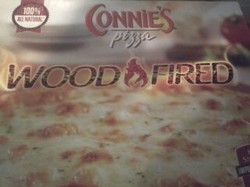 I purchased a couple of these at the store yesterday. Read to find out what I thought of them.
Loading ...
Error!