My parents purchased these for my daughters and I tried a couple. Read to find out what I thought of them.

Product Description: Mint-flavored, chocolate-frosted cookies from the Great Value brand. My parents purchased these as a gift for my daughters a couple days ago when they were at our local Wal-mart store and I had an opportunity to try a couple of these last night as an after-dinner treat.
The cookies were sold in a 10-ounce package and my parents purchased them for about $1.50. 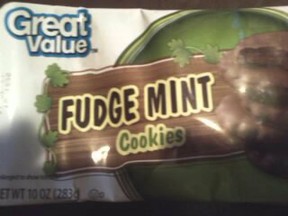 We actually don’t buy junk food like this very often ourselves, mostly because it surprisingly never gets eaten by the kids and, more often than not, we end up throwing it out. However, my daughters are really good at convincing their grandparents we are bad parents who don’t buy them enough snacks and, as a result of that, we do end up with treats like this showing up at our door.

Even though they were purchased for my daughters, I did end up having a couple of these cookies last night. This was partly because I was curious about how they tasted and, in addition to that, they had sat on our pantry shelf for a few days and the two girls that begged for the cookies didn’t even bother to ask to open the package. After trying them, I do have to admit they were pretty decent.

One thing I liked about these cookies was the taste. They had a noticeable mint flavor to them but, unlike so many other, similar cookies, they weren’t overly sweet. This is important for me personally because I’m just not into snacks that have a strong, sugary taste.

I also thought the cookies had just the right crunchiness to them. I could bite into them without breaking my teeth. But, at the same time, they still had a little bit of crispness to them.

One thing I did notice about these cookies is they are a bit on the small side. I was able to show some control and limit myself to just two. However, if I were looking for something that was a little more filling, I honestly would have had to eat at least four or five of these. And, I suspect my daughters would need at least three.

The cookies also melt easily and are a bit messy when they do. I would recommend keeping them in the refrigerator as a result of that.

This obviously wasn’t something I purchased for my house this time around and, because we don’t eat snack foods like this all that much, I probably wouldn’t buy it very often. However, on the rare occasions when I do buy snack foods, it is something I would consider.

Fudge mint sounds like heaven to me :). We don't have fudge brownies over here. Only one sort of brownies. Well, maybe more, but I've only noticed one brand. 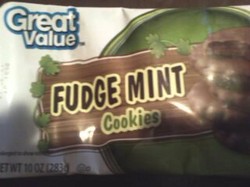 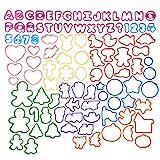 I purchased a package of this soup mix to have with dinner last night. Read to find out why I don't recommend it.
75%  1   12 StevenHelmer
Other Food & Cooking