My wife purchased this product for dinner Friday night. Read to find out what I thought of it.

Product Description: Frozen spaghetti entree from the Great Value brand, consisting of spaghetti, Romano Cheese, sauce and mozzarella cheese and prepared in the oven or microwave. My wife purchased this product at our local Wal-mart for around $6. We ended up preparing it (using the microwave) for dinner Friday night.

My wife had to do some shopping at Wal-mart the other afternoon and, while there, decided to pick up some simple-to-make food items from their freezer section. She purchased this spaghetti pie product for about $6 and, since my oldest daughter had a skating competition Saturday morning, we decided to make it for dinner Friday night.

This was my first time trying this product and, to be honest, I wasn't really sure what to expect from it. My wife thought it looked good, but I didn't really agree with her, at least not from the picture on the box. However, I did give it a try and, as it turns out, it was better than expected.

Preparation was simple enough. All she had to do to make this entree was take the tray out of the box and pop it in the microwave for several minutes. So, from a convenience standpoint, it did score some points right away.

I was also surprisingly impressed with the overall taste. The meat sauce could have used a little more meat but it had a decent-enough blend of seasonings in it that complemented the spaghetti and cheese well and we did enjoy it as a result.

The spaghetti pie (which was a bit like having a lasagna, only with spaghetti pasta) was also muche more filling than expected. When I first saw this product, I didn't think it was even going to be enough for the two of us (which is why I ended up making some spaghetti on the stove for the kids). But, while I still wouldn't consider it a fully-filling family dinner, it was definitely enough for two people. I wasn't even looking for dessert right after, as is usually the case, which made me appreciate it.

I had my doubts. But, this product definitely exceeded my expectations. I'm not sure if I would buy it on a regular basis. However, I would consider having it for dinner again.

StevenHelmer, Thank you for practical information and for product line and picture.
Sometimes we have Monday night get-togethers in which we sometimes sneak in a frozen food as is or helped with cloaking additions. It will be interesting to see if everybody will guess with the additions if I've sneaked in a dressed-up frozen dish or made it fresh from scratch.

I purchased a package of these wings yesterday and had them for dinner last n... 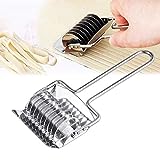 I purchased a package of these wings yesterday and had them for dinner last night. Read to find out what we thought of them.
75%  1   13 StevenHelmer
Other Food & Cooking