Runecraft and Warscape, woops, Runescape and Warcraft share a past and a present, but what of their future?

What can we do with the present as regards the future? Mostly all we can do is get some numbers of past performance and try to predict the future based on those numbers.

Sometimes a trend is obvious and we can cross our fingers and hope the Fates favor us in that the trend continues.

But MMO games are chaotic systems and from small things big things grow.

It is not possible to predict what these small things might be. Sometimes a big change is not as big as we hope and nothing much changes. And sometimes one lucky serendipity showers us with good fortune.

We have these two MMOs that show a remarkable similarity in their past. And seemingly share a future. A future of decline. And it looks like nothing the companies are doing is changing that.

Let's take a peek at some numbers.

Blue versus Red, Runescape versus World of Warcraft

Google Trends of Runescape and World of Warcraft.

The above is a chart of Google searches for Runescape and World of Warcraft for the last 10 years.

Blue is Runescape and Red is World of Warcraft.

Both World of Warcraft and Runescape are losing players.

Google Trends reports amount of Google searches for a term.

The correlation isn't direct.  But let's assume that as people lose interest in a subject, there will be fewer searches for it on Google.

Those that already know about the game won't be searching for the terms, but significantly perhaps new players would be most likely to.  And neither game seems to be attracting new players in numbers that are greater than the numbers leaving.

The other thing to note is that this is a two dimensional number recording a four dimensional system in a complex environment.

Let's take a look at the graphs, we can see they both spiral up to a peak in 2007 and then spiral down continuously until the present day.

We can see they both have seasonal fluctuations and have other peaks and troughs due to various actions of their own.  But overall it looks like the main trend is not reversible given current management strategies.  Assuming management wants to reverse the trend.

World of Warcraft and Runescape from this chart, and from both being MMOs, seem to have a close relationship.  Despite widely different approaches.  WoW is a premium monthly membership game with updates on a yearly basis.  Runescape was a free MMO with an additional membership for extra content, and updates on a fortnightly basis.

Runescape was the technically inferior, but had easier access due to lower system requirements.

WoW dominates the market with its premium content and pricing.

In Runescape the great dividing line is often quoted as 2007.  The year one line of code changed and interest in Runescape began to decline.  That one line of code was the removal of player trade.  Which was done to prevent player scamming of credit cards and player accounts, which banks were starting to lose patience with.

Oddly WoW also seems to peak in 2007 but it didn't have a large controversial update like the 2007 removal of trade.

When we look at these charts we are looking at hundreds of millions of resultant accounts being signed up.  In Runescape's case over 200 million accounts created and an all time high of 2-3 million concurrent subscriber accounts.  WoW had 12 million subscribers at its peak.

Why are we seeing this decline in interest?  Both in Google searches and players.

We know the management are throwing everything they have at correcting the downward trend, but it doesn't look to be working.

Let's have a look at what did expand hugely.

Facebook is a social network, exactly the same as Runescape and World of Warcraft.

But what is the main difference?

With people Facebook comes alive and changes much faster than any group of game developers could create content.

Now let's look at Zynga, they are a social game company that grew along with Facebook.  However they are now struggling, after huge success in the early years.  Facebook and Zynga have separated more formally now that things have slowed down.

Zynga's version of change was to stick a different word in front of Ville and call that an update.

It's not been enough.

What is the huge engine of change that Zynga, Runescape and World of Warcraft ignore?

Until they invite players to become developers, decline is inevitable.

Runescape and World of Warcraft have similarities and differences.

Ultimately though they have been bedfellows, coupled in their need for growth.

By looking at their similarities and differences we can see what the best path forward is.  Players know the games too well.  They know what the developers will do every time.  The developers have been hogging the fun for too long.  They should share.

Until developers invite players into their bed the future looks bleak.

Runescape in Bondage
Runescape has entered the Age of Bonds. Implementing a new system of microtransactions in a major way.
Updated: 10/25/2013, Fargy
Thank you! Would you like to post a comment now?
4

:) A healthier game life always means less of a game life. Strange how alluring games can be, although I guess we can get addicted to anything.

Some of the money-making changes were driven by player behaviour. Bad behaviour. Like all the people buying gold with real dollars. It's only natural Jagex thought they should sell gp.
Then all the players gambling, so Jagex thought why not have Squeal of Fortune?
I think forcing playstyles on everyone is the killer. Like Dung was group boss killing. If you hated group play or boss killing then too bad. Or EoC with its WoW copy of abilities and so on. If you didn't like that then too bad.
It could have been worse, luckily Runescape is so large that players can go off and do skilling for a year or two until things change again.
My thinking is that players should always have at least two paths. Old and New. That lets everyone change at their own rate, to learn at their own speed.

And it gives more options, so can attract more variants of player types.

Four of them because the forced playstyle failed.

Viva la Revolution! Or maybe not. :)

I agree with you. Change can be a good thing but it can also be a bad thing. I enjoyed most of the changes with RS until Jagex started with their money schemes (played between Feb 2005 and May 2012). A part of me wonders where the game would have been if they listened to the majority of the players, but at the same time I can't help but think that RS would be a version of what it is now *because* of the majority of players.
Humans have a tendency to not like too much of a change. When people drop out new people take their place and like what is currently available. The game changes, they stop liking it and drop out just to be replaced by others who like what is currently available.

But on the third hand the decrease of players speaks for itself.
I'm rambling. I wish they could to back to 2009. Or maybe not. I have a healthier game life now. :P

Wournos, I love MMOs because they have that chaos system complexity. Change one single thing and everything changes. The temptation is to try and control it too strictly, and I think Jagex suffers from it. I think the key is to let players control where the game goes. Not impose playstyles on players. Such as the new combat system, Evolution of Combat.

If I remember correctly there was an uproar in 2007/2008 when the skill capes were released. Members complained that the game would turn into a grind fest and affect the economy of the game in a negative way.
2008 (august) is also the year when RS went from really poor graphics design to a much more crisp and detailed design, which some players disapproved of.
So I guess all of these things combined could be the reason for the start of the RS decline.

Video games are different for me, I don't play solo games. The MMO game is like entering a new world, all the rules are different and the best times are the newest times, when there is much to explore.
As time goes by the world shrinks, much like our real world shrinks when our geospatial awareness grows.
I met my wife Jacqui in such a world, 13 years ago now.
In a way meeting in a world of imagination is better than meeting someone at a pub. Pros and cons for both, and they can both fail. But for us it's worked and it lends an extra depth of interest to my interest in these virtual worlds.

When it comes to video games I am so out of the loop. Popular? Unpopular? IDK! Sure hope the management and staff of these companies read your article.

Ah, Valve strikes again. I emailed Valve this week, one of their Britishers and asked if they could talk to Jagex about doing a workshop together. I have a shitload of respect for how Valve works. Clear and insightful. With luck they want to have a chinwag with Jagex.

It may be that the old shutdown of the wildy and trade were not the big killers in 2007.

I'm not sure that old, veteran players are less likely to search for a subject.

Yes, we know the URL to play, but we're now committed to staying in the loop. We're now looking for information about the game, hence 'Runescape' or 'World of Warcraft' should feature in our searches more frequently, not less.

I'm pondering that 2007 thing. I seem to remember people being lured off into Playstation and XBox games, or Guild Wars. When did Steam appear on the scene? Mmmm.

Bingo! The Steam Community was launched in 2007. Suddenly gamers had plenty of fresh things to play, trying new things all the time for prices that were very competitive with RS. Now they were able to talk to each other too. 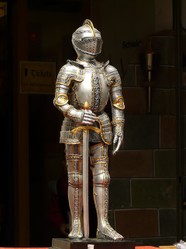