Runescape has entered the Age of Bonds. Implementing a new system of microtransactions in a major way.

Runescape, via its operator Jagex, entered the world of microtransactions in 2012 with its Squeal of Fortune and Solomon's General Store updates. The first is a gambling operation for in-game wealth, and the second sells mainly cosmetic items.
Now in the tail end of 2013 Runescape has introduced Bonds. These are items you can buy from the Jagex site and then trade in-game for currency and other items.

The Age of Bonds.

Let's have a quick look at what they are first.

Bonds can be bought from Jagex with real dollars, then traded in Runescape, once.

They can be redeemed for in-game currency from other players, 14 days of membership, 8 Squeal of Fortune spins, and 160 Runecoins.

So this system can work.

However will Runescape make it work?

Let's listen to the CEO of Jagex on his reasoning for Bonds.

And now let's get an idea of player reaction.

How the ball gets dropped.

For Runescape the issue isn't really this particular update, even though it is controversial.

It is how the update happened, Jagex doesn't talk as well as it could.

Blizzard is slightly different in that regard.  Here is a link to Blizzard advising of the removal of Diablo's Auction House, in March next year.  This sort of advance notice would never happen with Runescape.

Guild Wars 2 is another example where an economist talked about the game economy before the game even started, and then gave some charts etc. after the game started. Here is one from August this year quote...

Each of these changes will have an impact on the game economy, resetting equilibriums and creating some unfamiliar market forces—which is why we thought we’d brief you beforehand."

For Runescape the word "update" is synonymous with "surprise attack".

To understand that element of surprise let's go back to what was in the old Runescape rule book.

The CEO Mark Gerhard is often quoted for a remark which was deleted from the Runescape Real World Trading rules on 6th April 2012.

And given that these conditions were the game standard for most of its existence it's understandable that players are angry.  Blizzard and Guild Wars 2 are at least giving players time to cope, adjust and contribute, rather than be stuck with retroactively complaining which is what Runescape players get stuck with.

Other games have proven that this Bond system can work.  However Guild Wars 2 started with this system, and EVE Online had a game economist to help out.

Players will react more badly because of how the change was implemented, rather than the change itself.  Which is not specific to this update and Runescape, it is the norm for the modern Runescape.

Here is one reaction where a Forum moderator quits, there are only a 100 or so, fewer than Jagex staff, and they are highly prized positions, only given to the most loyal.

Old School (also known as 2007Scape) a five year old version of the game, which has about one third of paying players, freeplayers cannot play there.

The other two thirds, which includes freeplayers, is on EoCScape, or RS3 (Runescape 3)

There is some acrimony between the two styles.

What is significant about 2007Scape is how it talks to players.

It also has no microtransactions and won't have Bonds.

For an example of how in-depth the feedback is...

There is no surprise attack.

Players get time to adjust and contribute.  Which is sensible because issues such as goldfarming are created by players.

Runescape is on the verge of dropping below 500,000 members, it has some two thousand members over that number.

At current rates of loss that drop will only take 2 days.

It may be that Runescape is playing a long game, where they are deciding the fate of the game because players cannot be trusted.  Where players buying advantage had caused Runescape to cave in to that demand and supply what players have been buying from dodgy sites.

Currently to buy Bonds and use them for membership would work out like this; roughly $10 of bonds versus $7 of membership.  In some ways it's good, a schoolkid with no allowance can now buy members every so often, depending on how much they play.

Richer players can in effect sponsor others' memberships by buying Bonds from Jagex and selling them for in-game gold and items.

These Bonds are a step in the right direction though, they address the motivation.

I would have preferred that Runescape developed its system by involving players, rather than directly copying other systems and then laying that over current systems.

And then force-feeding it to players.

Real Runescape Wrongdoings
Runescape is a virtual world, dogged by real crime. How does this reality effect a world of fantasy?
Updated: 11/06/2013, Fargy
Thank you! Would you like to post a comment now?
5

Hi Caj, Moedred was always a good poster. Runescape looks set to diminish. Squeal of Fortune is still likely to be beyond the law once Australian politicians start working again. The election always unsettles them as they divide the spoils.

Jagex laid off some 23 Jmods in the last few months and there was supposed to be a big layoff in October sometime. No news yet.

I keep an eye on RS for the curiousity of it.

Thanks! :)
He mentioned two paths, which is by coincidence mentioned in another article of mine, and also an email I sent to him and the Jagex board. I still email them about once a week or two.

Point 8 in Be the Solution, of http://wizzley.com/no-mmo-is-an-island/

But it's probably just coincidence. And that list isn't doesn't include my more imaginative fixes, because I'm still peeved about how Jagex operates.

Which leads me to my next article idea. Angry players! Why don't we both do an article on angry players and see what happens. We could be like Lewis and Tolkein with their joint exploration of alternate worlds, or possibly more like Shelley and Smith on Ozymandias, as my laziness appreciates poetry's brevity.

You jumped in before I did. Good fight! Your article is a lot more considered that mine would have been though. I was still at the 'you have got to be absolutely kidding me!' stage.

There was a BIG Skype call last night, all full of ex-Runescape players (a couple only ex since this came out) each of us expressing sadness at this latest turn of events. And right before Runefest too! That will be fun.

I giggled profusely at the player reaction video. Pure gold! 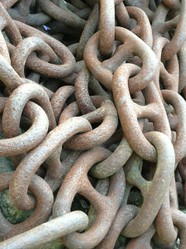