Runescape is a virtual world, dogged by real crime. How does this reality effect a world of fantasy?

Runescape, over the years, this Massively Multiplayer Online game has chalked up 200 million accounts.

Not all of them performing legally.

Let's take a look at a few examples. We will look at three that saw the light of court appearances, with the possibility or reality of doing real jail time.

Lag is an internet phenomenon. That time delay between requesting an action via controls and that action happening.

The law has lag too. With the internet far outstripping how the law views the world.

For example in some countries the law doesn't see internet currencies as having value, which lets internet companies set up gambling online, without paying taxes and without being regulated as a gambling company.

Eventually this lag will be diminished. But in the meantime all sorts of interesting things can happen.

The following information is from media reports both national and international. They are easily found on Google. Which shows another aspect of this new internet age. The information is eternally bound to the internet.

We all get our moments of fame with the internet. 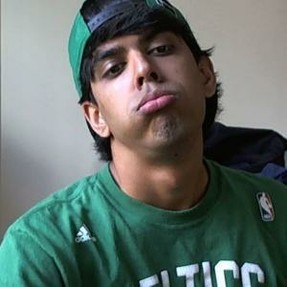 Humza Bajwa, 19,  is probably not celebrating that fact.

On July 11, 2012 Humza met with another person to conduct a straightforward transaction.

Except Humza decided to try to use counterfeit money instead of real US dollars.

And the other player caught on.

So Humza went to Plan B, and pulled out a BB gun that looked like a more powerful gun.

“I whispered, ‘Take it easy, man. No need for that gun,’ ” Emani said. “I couldn’t believe I was about to get shot over RuneScape! I was so scared I was about to die.”

After checking surveillance video and talking to the victims, police arrested Bajwa, a resident of Acton, Mass., on July 24.

He was charged with second-degree robbery and grand larceny and posted $20,000 bail. If convicted, he faces 15 years in jail.

The company behind RuneScape, Jagex Ltd., UK, prohibits the sale of RuneScape gold or items for real money and may ban any player that engages in “real-world” trading.

Dokler said he no longer plays the game but still tries to earn money for schoolbooks by buying RuneScape coins online and reselling them for a profit.

He said that in the rough and tumble world of RuneScape, such a brazen crime didn’t shock him.

“I’m not terribly surprised because the coins are pretty much as good as cash,” he said.

Josh Pillault was a 19 year old playing Runescape in October 2012, he spent his 20th birthday in jail for it.  He got into an argument with another Runescape player who told him to kill himself. 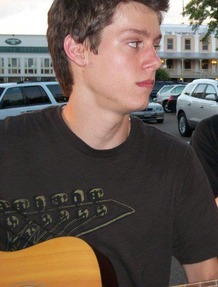 Josh replied that he was going to kill more people than just himself.

To which the other player replied, "Knock, Knock".

By which the player meant that Josh had been reported to the Runescape operators, who would report Josh to the police.

A few days later, the Pillault household was attacked by a SWAT team composed of agents from the FBI and ATF. “They surrounded our house and climbed up the side,” Josh’s mother, Stacey, said. “They had M16s. They dragged us out into the front yard.” They found neither weapons — “I don’t have weapons in my home,”  nor any reason that Josh would have to hurt anybody. Nevertheless, they took Josh into custody.

And he stayed there.

Latest reports had him still there.  A year in jail for some text in a game.  And no resolution yet.

With a possible sentence of ten years.  And fines.

He is stuck in legal limbo, a legal lag.

Naughtiness in the Netherlands.

Back in 2007, two Runescape players held another at knife point and made him hand over game items to their characters, a court convicted the two thieves in 2009.

The court found that the youths beat and kicked the boy and threatened him with a knife until he logged into RuneScape and dropped the objects in 2007.  The youths were too young to identify.

One of the defendants then appealed to the Dutch supreme court on the grounds that the stolen goods "were neither tangible nor material and, unlike for example electricity, had no economic value."

The short version is that the Netherlands' highest court said the virtual objects had an intrinsic value to the 13-year-old gamer because of "the time and energy he invested" in winning them while playing the game.

The court found that the youths beat and kicked the boy and threatened him with a knife until he logged into RuneScape and dropped the objects in 2007.

This finding also has implications for Runescape in other areas such as its online gambling, called Squeal of Fortune.

In the UK and Australia, virtual items don't have real value and thus companies can set up gambling operations using virtual items, such as Runescape gold.

It's another legal lag.  However things change as the law catches up.  This Dutch decision foreshadows the future.  That, and the moves by Korea and Japan to put online pachinko and gacha games beyond the law in social online games.

There are no winners in this game.

None of the people involved gets anything out of this, not even the person who provoked Josh Pillault so that a report could be made.

The players and their families lose, and Runescape loses.

We begin to see how difficult a job Jagex has.  Jagex is the UK based operator of Runescape.

We also begin to see why Jagex has such a wall of silence approach to customer support.

Customers can be crazy.

Thousands of players break Runescape rules every day, mostly in a minor way.  Saying a rude word in chat for example.

And we slide up along that spectrum until we find people not only breaking Runescape rules, but breaking real life laws.

But is there an opportunity here?

Does this situation mean we don't know enough about how players interact?

I think it does.  I think things like teenagers needing to rebel, to be seen as tough, to find respect in society and themselves, as a way to grow, is one such factor.

Another simple thing might be examining the player mix of Runescape and see how that drives the competitive urges that drive the need to steal, taunt and boast, and so forth.

Perhaps we may find a more tolerant age because of this.  Since we all make mistakes and if they are internet mistakes they are always there to remind us, perhaps we will find it easier to forgive mistakes in others.

Take care out there.

A Runescape suggestion
Jo Harrington asked me to be more positive on matters Runescapian. So I'm going to give it a shot and send this off to Mod Ash by Twitter.

Deconstruct a JMod
It's critically important to understand how to talk to customers. Sometimes it doesn't quite work.
Updated: 11/01/2013, Fargy
Thank you! Would you like to post a comment now?
3 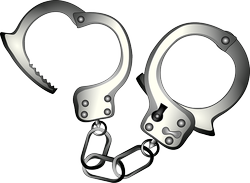