Jo Harrington asked me to be more positive on matters Runescapian. So I'm going to give it a shot and send this off to Mod Ash by Twitter.

It's hard splashing in the bubbling babbling shallows of happiness in the land of constructive suggestions. The light is too bright, the noises too sharp. But I'll give it a shot, makes a change from my dank abyss.

I'm going to start small. A suggestion to create a content creator, for players!

OMG! Is such a thing even possible?

Yes. So let's get that out of the way. Valve has paid out over $10 million to content creators for their games over the last 2-3 years.

So it's more than possible, you can even pay players to make content. Let's head to the next part. How to craft it for Runescape.

Change is constant, the whole universe changes faster than time can sequence it.

What remains constant is people's fear of change.

We live in a fantasy land where change only happens at a pace we can cope with.

So we have to be very careful.

How do we get a group of people, Runescape players, to act with any sort of cohesion and courage.

The answer is quite simple, we talk.

We talk about the idea so much that we get over the shock of the new, and we can start talking about the mechanics of the idea.

It may be that Runescape may not be able to have player created content.  But it won't be a technological reason.

If it's pixels, it's possible.

However Jagex has a culture that is very private.  It may be seen that letting players create content is letting go of power.  And that change may be frightening to Jagex.  All sorts of things may lend to a decision to not even try.  Legal advice, security advice and of course the cultural change.

But Jagex should ask.

Do players want Jagex to investigate if player created content is possible?

If 70% of players say yes, then Jagex will go ahead and work out how to do player content.

The first question is an easy, Yes/No.

The second question is How?

Here is where the hordes of players doing computer studies or gaming studies can let their imaginations shine.

Do we unleash the player owned house servers a bit so that houses can be more free form?

Do we have small bitmaps of paintings that players can create in game?

Do we create an engine that players can pop into to design armour and weapons, which they can email to Jagex?

Do we have a monster cauldron that players can take set ranges of attributes and paste them on to a monster they did the art for?

Is it easier to start small and go large?  Or design something that can do it all?

We have the beginnings in player houses and player dungeons.   And Jagex can easily tell how much time players spend designing their houses.  There is demand for player created content.

We know that also from all the posts over the years of players wanting to work at Jagex.  And Jmods saying how much fun they had making games.

Again, Runescape is not the only consideration, Fun Orb also exists.

I know it sounds terribly hippy.  But talking is how this happens.

The more players talk the more they will feel that they have power in the decision, that Jagex is taking them seriously.

The Hows are a whole world of variation, but they should all come from players.  Assuming they vote to have player created content investigated by Jagex.

Mod Ash brought up a point that if player created content was mentioned, players would take it as a promise and cry bloody havoc if it proved impossible.

That's the thing though, you have to ask.

If you don't ask, because people might have a certain reaction, then nothing happens.

And nothing never happens, change is always coming.

Player created content has proved possible in a limited way with Runescape housing, and on a grander scale with Valve.

A thread to ask if players want Jagex to investigate player created content.

Put it up for a month.  Then go from the result of that poll and forum.

I'm positive there will be some brilliant ideas if this goes ahead.

I'm certain that Runescape players will find an air of an uncertainly exciting future in the very question being asked.

Mod Ash is designing a hat.  A slayer hat.

He also leads a team of four JMods (he's one of them) that looks after 2007scape.

Does it seem sensible that he spends his time designing a hat, that's been done before.  When he could be doing more exciting things for Runescape players?

Especially when it may be possible to get players to design hats! (or socks)

Like they do in Team Fortress 2 for many real dollars from Valve.  For Runescape that won't be addressed until the How.  Runecoins are an option I suppose.  Or just the thrill of making stuff, but I'd suggest throwing a few shinies in.

Mod Ash is right, we have to see if it's possible.

But we have to ask players first if they want Jagex to see if it's possible.

We have to get players in on the ground floor.  We have to involve them.  So let's throw the stun, get our magic stick out and go in and interrogate them.

That's what talking is about.  You don't ask them to tick a poll and then surprise attack them with a slightly related update.

You talk.  A couple of months will do it.  It's scary, but so is every exciting thing worth doing.

It feels like we've got a misunderstanding. You want us to ask whether player-submitted content should be possible. I've already said...

... that I think it should be, at least for using 3D models created by players. For now, it isn't, which is why I've experimented with...

... a cobbled-together Slayer helm. Now, as for importing player-written code, that's a rather more interesting proposition...

... RuneScape doesn't use a standard language, so any player would be learning runescript from scratch. Like new Jmods do. Making a...

... major piece of content in an unfamiliar language is a challenge, and we'd need to do some serious code revamping to help with bugs...

... For now, Mat's been gathering player-designed content for me to implement. It's a small step towards what you'd like, but importantly...

... it's something we can deliver with existing tech. No bottlenecks from other teams; players can get something this year. (End.)

Runescape's Unheard Voices
It's common for people to ask for constructive feedback. But what does that even mean?

The Angry Gamer
Angry gamers are fantastic! We play games for emotional reasons, so having emotional players means having involved players. Enjoy them!
Updated: 10/28/2013, Fargy
Thank you! Would you like to post a comment now?
4

Mod Ash has always been a goodun. Runescript tutorials is a good idea. And leads to more interesting ideas, such as player created worlds, like in Minecraft, but Runescape instead. A change of the trend where Minecrafters make copies of Runescape locations in Minecraft.

I hope I didn't put Mod Ash off when he found out Fargrist and Vivathia are perma banned.

Oh, and today's article about something completely different...

Wow! That's an interesting, and very positive, response from Mod Ash there. Maybe he could also make available tutorials, so that players could learn Runescript. 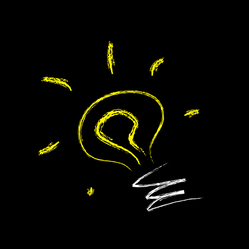