Get dressed up as Professor Snape for Halloween or a Harry Potter and the Deathly Hallows Movie party.

Scary, yet with a well covered heart. I think the inner struggle he goes through in the series is one of the reasons he's so popular.

Severus Snape - his character as the nemisis of Harry Potter is clear from the first book and movie in the Harry Potter series. Yet he saves Harry Potter's life several times. It's not till the last book (and the last movie) that we learn his secret.

I'm not going to spoil it here. Suffice to say that Severus Snape is the most complicated of all the characters J.K. Rowling created for her Harry Potter books.

Snape is also one of the most powerful wizards in the series. He is the one person who can do occlumency so well that even Voldemort can't read what Snape doesn't want him to read in his mind. I can say that much, can't I?

He is a prize potions master, but also excells at Defense against the Dark Arts. Early in the series it's assumed that Dumbledore won't give the teaching of that subject over to Snape because he fears Snape might do a relapse. After you've read the final book, or seen the final movie, you might be tempted to reevaluate that judgement. There are other reasons for not giving Snape that job and they've got nothing to do with Snape's Death Eater past.

A Severus Snape outfit is all in black. From a black wig and suit to cape and wand - you'll want no bright colors for this most bitter of Halloween characters.

You could get another black wig of course, and mess up Snape's hair yourself. This wig though is cut a LOT like professor Snape's is.

Any old black suit will do, but found you some affordable alternatives. Don't forget the cape!

Well, first of all you will need a scowl. Then (1) a black wig, (2)  a wand and (3) black clothes. Borrow your dad's outdated (3a) black suit if you can. If not, get one in the local pawn shop. None of that is going to work? Well, I did find you some alternatives above.

Professor Snape wears (3b) a black cape of course, so you need one as well. If Snape is going to a formal occasion, you'll also need a (4) black wizard's hat. This is not mandatory though: in the Movie we usually see Snape without the hat.

Harry Potter Candy and Sweets
J.K. Rowling clearly loves candy, because she had a lot of fun imagining magic candy for her Harry Potter world. I've gathered them here for you, including muggle alternatives.

Harry Potter and the Deathly Hallows Room Decor: decorate your room even more with Harry Potter pilows and the like.

Harry Potter Calendars and Planners: Keep up to date with the cool calendars and planners devoted to the movies and books.

New Halloween Lego Sets 2023
Fun new Lego building sets with a Halloween theme for kids of all ages to build.

Plus Size Halloween Costumes for Women, 2019
Being Plus Size doesn't mean that you have to cut back on the Fun and Frolic during Halloween.
Updated: 03/30/2016, spirituality
Thank you! Would you like to post a comment now?
5

My son and I were just talking about what a great teacher Snape was, LOL. Snape is a great costume idea.

Severus Snape is really one of my favorite characters in the Harry Potter movies. I guess I couldn't see myself dressing up as Snape, but I could point my husband in this direction for a good Halloween costume idea :-) He's also a great HP fan (he's reading one of the books for the third time as I write this).

LOL "first of all you will need a scowl" - yup, that's what a good Snape costume needs! 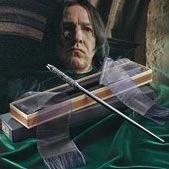 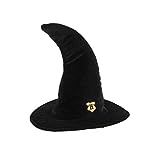